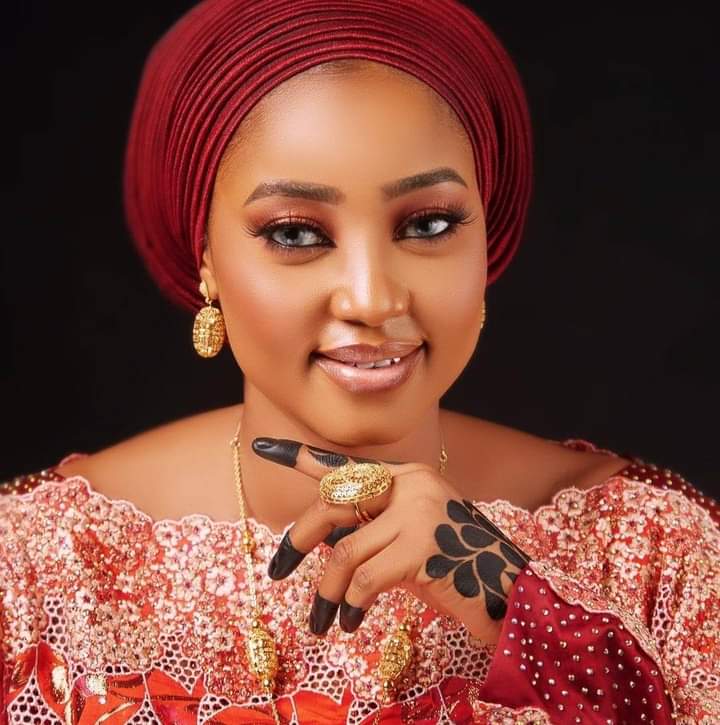 Famous Kannywood actress Hafsat Idris popularly known in the film-making industry as Hafsat Barauniya has dispelled the rumours making rounds that she has married the son of the late former head of state, General Sani Abacha.

The actress who got married secretly on the 26th of February 2022 initially refused to confirm her marriage, but in a recent post on her Instagram handle the actress confirmed that she had gotten married but not to Sani Abacha’s son adding that her husband is not by any way related to late Sani Abacha’s family.

Kate Henshaw, Aisha Yesufu, others mourn cobbler who once made shoes for Osinbajo

It could be recalled that the news of the actress’s secret marriage went viral and it was speculated that she got married to a much younger man who happens to be a son of late Sani Abacha.

The mother of two has been one of the reigning Hausa film actresses recently, sometimes ago she was unveiled as the brand ambassador of Mamuda confectionary as well as other products produced by other companies.

Her marriage confirmation has brought to an end the endless discussion on whether she had gotten married or not. A source close to the actress revealed that the actress got married to one Mukthar Hassan Had.