Kamaru Usman lost his welterweight title to British fighter Leon Edwards at UFC 278, but that didn’t stop him from making a lot of money… 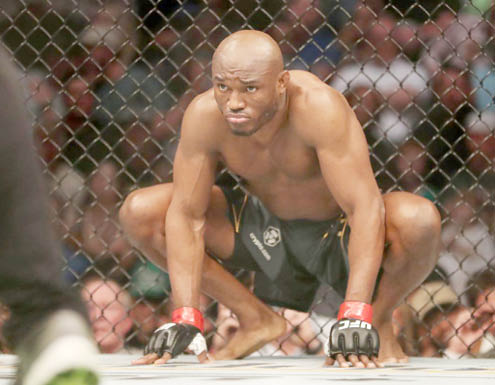 Kamaru Usman lost his welterweight title to British fighter Leon Edwards at UFC 278, but that didn’t stop him from making a lot of money after the fight.

Usman received a flat fee of $500,000 (N213,630,000), according to salary made public by the Pete Suazo Utah Athletic Commission, for the August 20 pay-per-view main event, which he ultimately lost by knockout in the fifth round. While Leon Edwards received a fixed $350,000 for his victory.

Meanwhile Edwards does not believe that Usman is handling his UFC title loss as well as he has portrayed himself.

Edwards caught Usman with a perfect head kick and handed him his first octagon loss. The former champion said he was relieved to lose his title and even laughed with Joe Rogan about the loss. But Edwards doesn’t think his reaction is genuine.

“It’s weird the way he’s going along with it. I feel like he’s overdoing it. It is what it is. He was the champion. He thought he couldn’t be beat. He’d been beat. That’s just the game,” Edwards told BT Sport.

With their series tied 1-1, Edwards is expecting a match in the UK with Usman for his first title defense, but admits a grudge match with Jorge Masvidal is still on his mind.