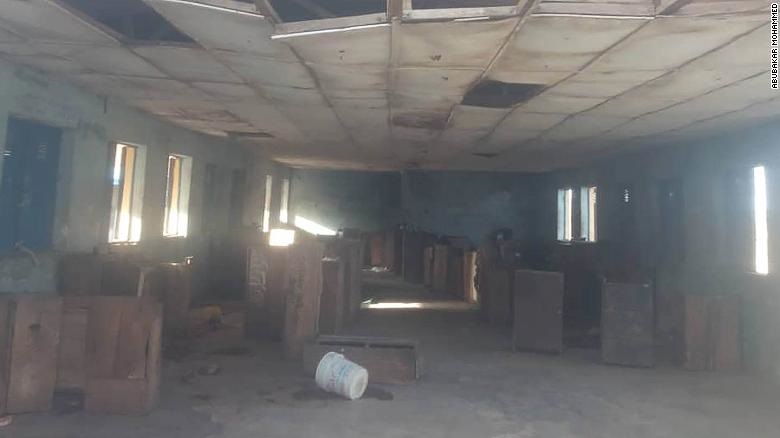 The hostel where students were kidnapped at Kagara. Photo credit: Abubakar Mohammed

Plan International Nigeria has condemned “constant attacks on children and educational facilities” across the country after gunmen took 42 people hostage in a school invasion early Wednesday.

Officials have confirmed the 42 taken to include students, staff and some relations from Government Secondary School, Kagara in Niger State.

The invasion comes weeks after up to 300 students were abducted from the hostel of a government school in Kankara, Katsina.

“It is a shame that another kidnapping of school children has occurred again in Kagara, this time in Niger state barely two months after the Kankara, Katsina state incident,” said Hussaini Abdu, country director of Plan International Nigeria.

“Education is a fundamental right of every child and under no circumstances should they be denied of it,” he said.

Kagara is the latest in a line of attacks on schools. On the night of 14 April 2014, nearly 276 girls waiting to sit certificate exams were abducted from their school in Chibok, Borno state.

It is unclear who has been behind the latest mass abductions in Katsina and Niger.

He said Katsina governor Bello Masari dared him and his men when the government ruled out dialoguing with bandits.

suspected mastermind of the abduction of students of Government Science Secondary School, Kankara, Katsina State, has said he led the operation because Governor Bello Masari dared his men.

He wanted to show Masari that the gangs were capable of causing violence, he said in an exclusive interview with Daily Trust.

“I have never done that kind of mass abduction in Zamfara. I did that in Katsina because the governor came out to say he will not dialogue again with our people,” he said.

Niger state government has shut down boarding schools across four local government areas of the state in response.

A contingent of senior military and police officials has been deployed to coordinate rescue operations.

On Thursday morning came reports that federal and Niger governments are in talks with the kidnappers.

Hours earlier, Niger governor Sani Bello has said the state would not pay any ransom to secure the release of the abducted staff and students.

There have also been calls to deploy military to schools, citing them as federal protected zones.

“We advise the state governments to have a thorough security assessment of all boarding facilities and convert those in at-risks communities to day schools and return students from distant communities to schools within their immediate communities. This is to ensure that boarding schools are without children at night,” said Abdu, who steps down as country director of Plan after six years.

“We advise the governments at the federal and state levels to urgently address issues of security of schools and other learning centres, in line with the commitment of the country to the Safe School Declaration, an inter-governmental political commitment to schools’ security, it signed on to.”