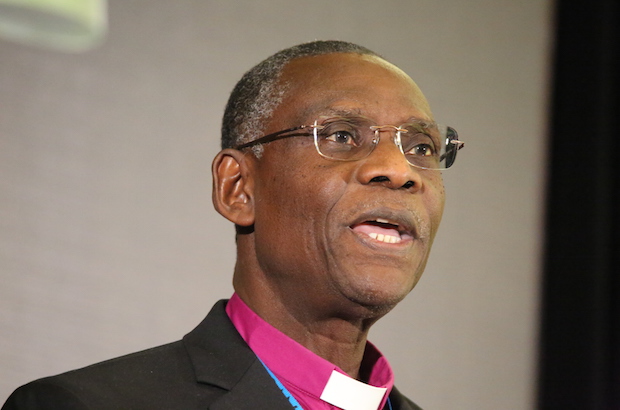 Kaduna state Peace Commission is on a fact-finding mission to Kajuru local government area of the state in an attempt to unravel the reasons behind the killings and destruction of property in the area, its Chairman, Bishop Josiah Idowu-Fearon, has said.

It could be recalled that the local government has been faced with series of attacks and counter-attacks which has left many dead and a lot more homeless.

Led by its Chairman, Bishop Idowu-Fearon, the commissioned engaged stakeholders in a dialogue at the LG secretariat where they cried out for the release of some Adara leaders who have been in detention for some time.

Speaking at the meeting, Bishop Idowu-Fearon assured that the commission will continue to play its part until peace is achieved in the state.

According to him, “We are here to listen to what happened and find out what brought about this disintegration with the hope that we will be able to unravel the problem because both Islam and Christianity forbids killing.

“If we know what the problem is, we can find a solution that is why we are here to help the government resolve the situation, restore peace and give recommendations for lasting peace.”

On her part, the Executive Vice Chairman of the commission, Priscilla Ankut, while condoling with victims of the crisis, said the commission will continue to collaborate with relevant stakeholders to jointly bring about solution to the crisis in order to bring about meaningful development in the area.

The chairman, Kajuru LGA, Mr. Cafra Caino, represented by his deputy and acting chairman, Mr. Jagaba Kutara told the commission that they are being attacked in different locations.

According to him, “Over 40,000 internally displaced persons are currently taking refuge in eight camps in the area. We are in disarray over the attack because just last Wednesday, there was another attack.”

He noted that a commission of true reconciliation has been set up to look into the matter and proffer workable solutions.

State chairmen of the Jama’atu Nasril Islam (JNI) and the Christian Association of Nigeria (CAN) as well as chairman of the reconciliation committee, Alhaji Dahiru Kajuru, Mr. Makama Mazadu and Mr. Patrick Maigari respectively called for the release of Adara community leaders saying “Their release will fast track reconciliation and engender confidence in the process.”

Also, the Chairman, Miyetti Allah Cattle Breeders Association of Nigeria (MACBAN) called on the chairman of the local government to grant Fulani people freedom of movement in the area alleging that, “There are areas a Fulani man cannot go to.”

He then urged the Adara people to join hands with the Fulani as a way of finding peace in the area.