The Chief of Staff to President Muhammadu Buhari, Abba Kyari, on Monday led a federal government’s delegation on a condolence visit to the family and… 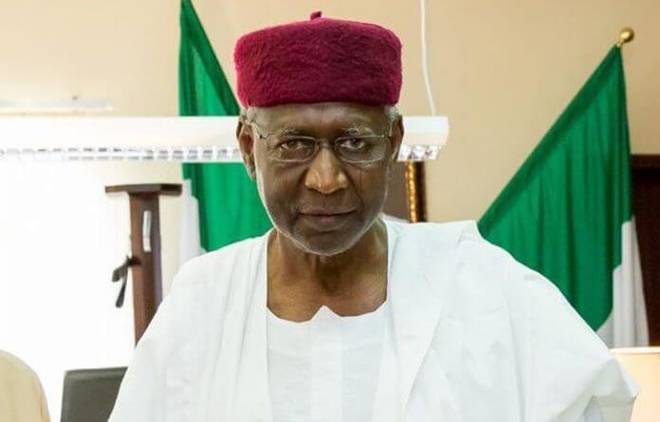 The Chief of Staff to President Muhammadu Buhari, Abba Kyari, on Monday led a federal government’s delegation on a condolence visit to the family and government of Katsina state over the death of late President of the Court of Appeal and Galadiman Katsina, Justice Mamman Nasir.

The team upon arrival moved to Malumfashi town to condole with the family before returning to Katsina were they met with the Emir of Katsina in his palace and Deputy Governor, Mannir Yakubu at the Government House.

At all the places visited, Kyari extolled the virtues of late Nasir and the role he played in advancing the country. He prayed for the repose of his soul and the fortitude to bear the loss.

Among the delegation are the minister of Justice, Abubakar Malami; that of Interior and Water Resources, Abdurahman Danbazau and Suleiman Kazaure respectively.

Others are the minister of State for Aviation, Hadi Sirika and Senior Special Assistant on Media to the President, Garba Shehu.

Similarly, the Senate Leader, Ahmed Lawan led a delegation of senators on a condolence visit to the family of the late Justice Nasir.

Among the Senate delegation were Senator Bello Mandiya, Senator Kabir Barkiya, Senator Barau Jibril, and Sen Ibrahim Hassan, among others.