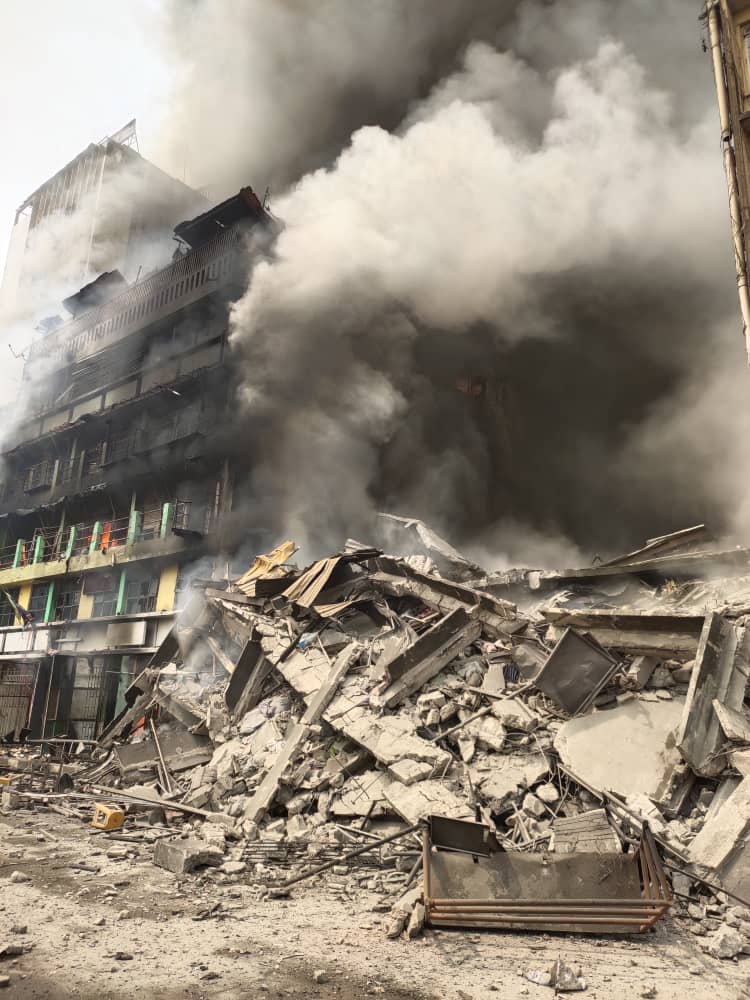 Six hours after a fire outbreak in Balogun market in Lagos Island, two buildings collapsed at the same time, while the fire fighters tried curtailing the fire. This brings the total to three collapsed buildings. Photo: Risikat Ramoni, Lagos, 29 January 2020.

Six hours after a fire outbreak destroyed stores in Balogun market, situated within Lagos Island, in Lagos state earlier on Wednesday, two buildings have just collapsed in the area as fire fighters try to curtail the fire.

Some minutes before the collapse, Policemen, fire fighters, LNSC officials were preventing people from passing in front of the buildings as the fire razed on.

Within a twinkle of an eye, the buildings collapsed together, just as people including passersby and residents run helter-skelter for safety.

Meanwhile, one building had collapsed earlier when the fire started around 10am today.

Our reporter gathered that an hour before the two buildings collapsed, the General Manager of the Lagos State Emergency Management Agency (LASEMA) told reporters that the fire has been curtailed.

Market men and women in the building besides the collapsed buildings have already hired men to safeguard their goods which were thrown from the fourth and third floor of the building to a safe location nearby.

As at the time of filing this report, no casualty has been recorded yet.