A High Court sitting in Abuja has ordered the remand of the former Accountant-General of the Federation (AGF) Ahmed Idris, in Kuje prison over his… 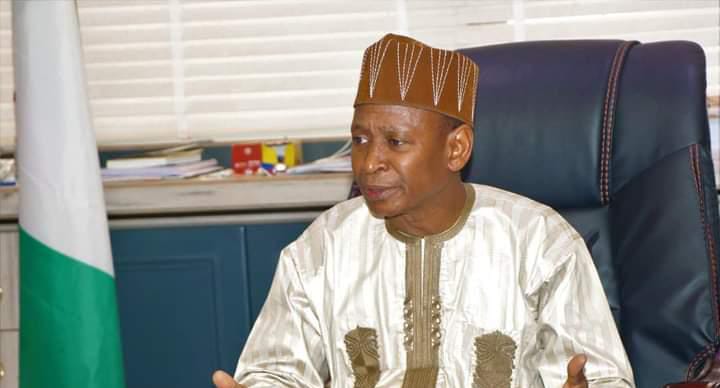 A High Court sitting in Abuja has ordered the remand of the former Accountant-General of the Federation (AGF) Ahmed Idris, in Kuje prison over his alleged involvement in the illegal diversion of public funds to the tune of about N109 billion.

The EFCC said Idris and his co-defendants are indicted on a 14-count charge of stealing and criminal breach of trust to the tune of N109.5 billion.

Idris allegedly received gratification from one Olusegun Akindele, worth N15.1 billion, in exchange for accelerating the payment of 13% derivation to the nine oil-producing states in the federation.

One of the charges reads, “That you, Ahmed Idris between February and December, 2021 at Abuja in the Abuja Judicial Division of the High Court of the Federal Capital Territory, being a public servant by virtue of your position as the Accountant General of the Federation accepted from Olusegun Akindele, a gratification in the aggregate sum of N15,136,221,921.46 ( Fifteen Billion, One Hundred and Thirty Six Million, Two Hundred and Twenty One Thousand, Nine Hundred and Twenty One Naira and Forty Six Kobo) which sum was converted to the United States Dollars by the said Olusegun Akindele and which sum did not form part of your lawful remuneration but as a motive for accelerating the payment of 13% derivation to the nine (9) oil producing Sates in the Federation, through the office of the Accountant General of the Federation, and you thereby committed an offence contrary to Section 155 of the Penal Code Act Cap 532 Laws of the Federation of Nigeria 1990 and punishable under the same section.”

On Friday, Idris was arraigned alongside Godfrey Olusegun Akindele and Mohammed Kudu Usman, and Gezawa Commodity Market and Exchange Limited.

Rotimi Jacobs, EFCC counsel, had prayed the court to grant the prosecution leave to prefer a criminal charge under section 109 of ACJA against the defendants.

But Chris Uche, Idris’ counsel, asked the court to grant bail to his client.

Uche, who made an oral application pleaded that the bail should be granted pending when he files a written bail application.

He said his client had to take the next available flight from Kano just to be able to make it for trial.

But in his ruling, the judge held that Idris and others be remanded in prison.