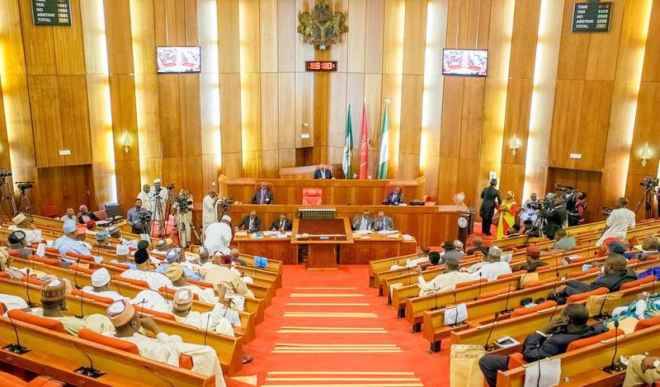 Senators of the All Progressives Congress (APC) on Monday said there was no time that the Senate met and took the decision to approach the Supreme Court for an interpretation of the suspension of the Chief Justice of Nigeria (CJN) Walter Onnoghen.

A statement from Yusuph Olaniyonu, the Special Adviser to the Senate President Bukola Saraki on Media and Publicity, ‎had said the Senate had approached the apex court for an interpretation on whether President Muhammadu Buhari usurped the powers of the Senate or not in suspending Justice Onnoghen.

But APC senators, through Senate Leader ‎Ahmad Lawan (APC, Yobe), said no such decision was taken by the Senate as an institution, and that the APC senators dissociated themselves from the action.

“It has come to the notice of the Senate APC Caucus that the Senate has approached the Supreme Court for the interpretation of the suspension of Justice Walter Onnoghen by the President and Commander-in-Chief of the Armed Forces.

“For the records, the Senate never met to take any such ‎resolution, and at no time mandated anyone to approach the Court on this matter on its behalf.

“Consequently, the Senate APC Caucus dissociates itself from the said request for the legal interpretation of the suspension,” Lawan said.‎

The statement by Saraki’s spokesman said the Senate cancelled its planned emergency resumption for Tuesday to deliberate on the suspension since the Senate has already approached the apex court.