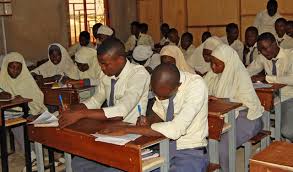 NECO Registrar and Chief Executive Officer, Prof. Dantali Wushishi, while addressing newsmen in Minna, Niger State capital, on Thursday, said 1,209,703, candidates sat for the examination, with 60.74 per cent ( 727,864) having five credits and above including English Language and Mathematics.

The NECO boss noted that the results were released 45 days after the exams, adding that 1,031 candidates are Special Needs, with 98 albinism, 177 with autism, 574 with hearing impairment, and 107 visually impaired.

Wushishi disclosed that the council has a long-standing tradition for zero tolerance for malpractice and that informed the drop in cases of malpractice in 2022 compared to the figure of 2021.

He announced that four schools were recommended for de-recognition for two years due to their involvement in mass cheating.

“Also, 29 Supervisors were blacklisted for various offences ranging from poor supervision, Insult, Aiding and Abetting, during the examinations,” he said.