JUST IN: Five countries meet to decide action against Iran 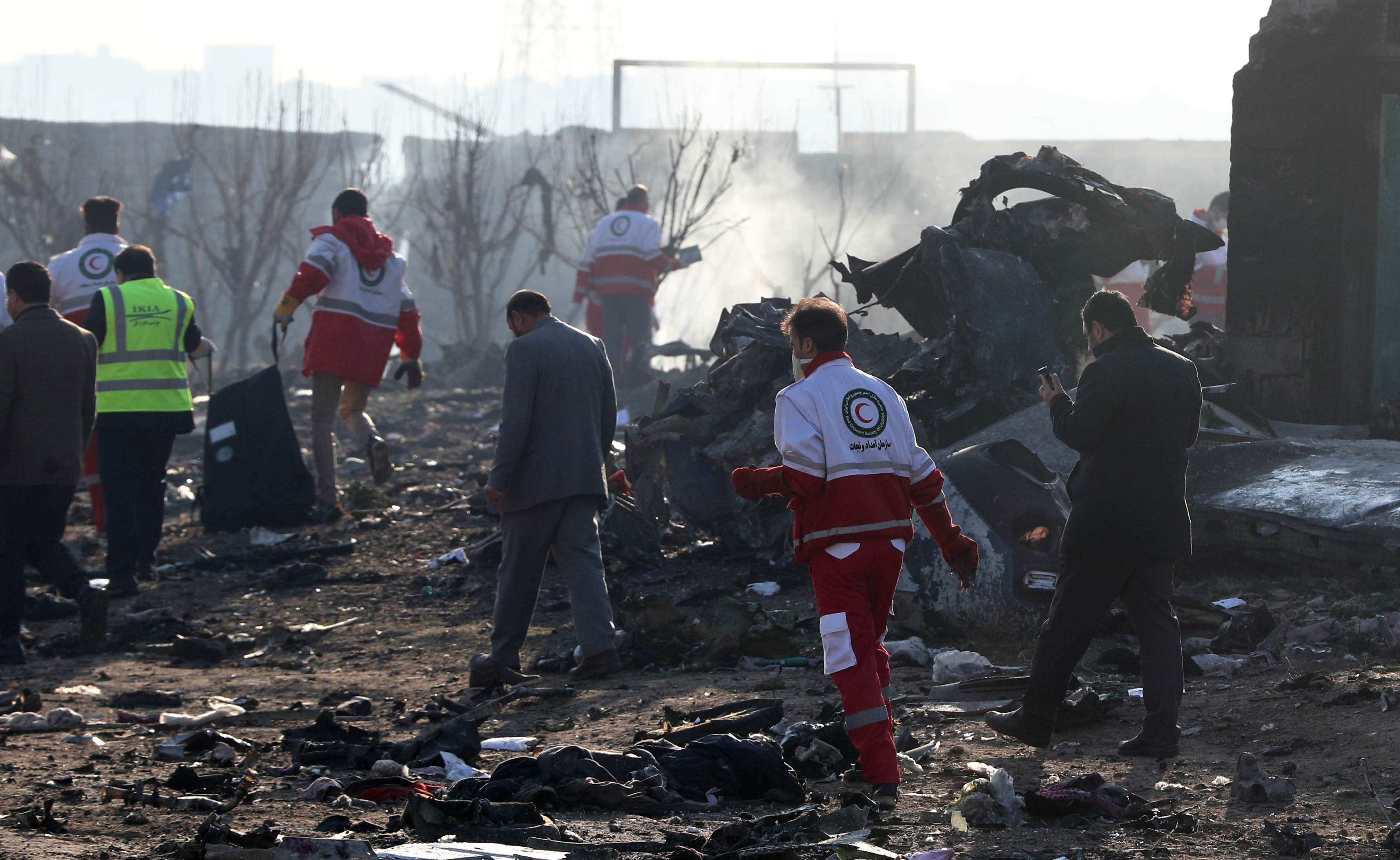 Rescue teams work amidst debris after a Ukrainian plane carrying 176 passengers crashed near Imam Khomeini airport in the Iranian capital Tehran early in the morning on January 8, 2020, killing everyone on board. – The Boeing 737 had left Tehran’s international airport bound for Kiev, semi-official news agency ISNA said, adding that 10 ambulances were sent to the crash site. (Photo by – / AFP)

Five nations whose citizens were on board the Ukrainian international airliner shot down by Iran will meet in London on Thursday to discuss possible legal action.

This was disclosed by Ukraine’s foreign minister, Vadym Prystaiko, who spoke to Reuters news agency on Monday.

Prystaiko said the countries would also discuss compensation and the investigation into the incident.

“We have created this group of foreign ministers from the grieving nations. On January 16, we will meet in person in London to discuss the ways, including legal, how we are following this up, how we are prosecuting them [Iran],” Prystaiko said.

Iran had, on Saturday, admitted that its military “unintentionally” shot down a Ukrainian jetliner, killing all 176 on board. It also attributed it to human errors.

This was after Tehran had denied being responsible and kept the world in the dark for days.