No fewer than 121 staff of the Jos Electricity Distribution Plc whose fates have been hanging in the balance was confirmed by the new Managing Director,… 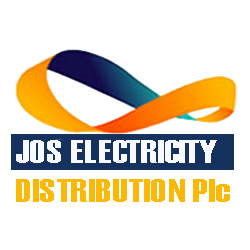 No fewer than 121 staff of the Jos Electricity Distribution Plc whose fates have been hanging in the balance was confirmed by the new Managing Director, Engr Abdu Bello Mohammed less than a week after assuming office.

Engr Mohammed announced the confirmation Sunday during an interactive meeting with the staff of Jos Metro Region at Gangere.

The Managing Director urged staff to put in their best to galvanise the company to success adding that the management is   also working on staff promotion that has been stalled for a longtime.

He said:  “the only way that we can expeditiously achieve this is to work towards revamping the current abysmal fortune of the company.

He also charged staff to ensure that customers enjoy a qualitative supply of electricity regularly as a precursor to enhance the collection efficiency of the company by ensuring that customers pay for their consumed energy when due adding that indolence would not be tolerated.

Responding on behalf of the staff of Jos Metro, the Regional Manager, Alhaji  Sarki Suleiman promised that the region would not disappoint the management in terms of collection efficiency.