The Joint Health Sector Unions and Assembly of Health Care Professionals, on Tuesday, berated the Nigerian Senate over alleged harassment and intimidation of health workers… 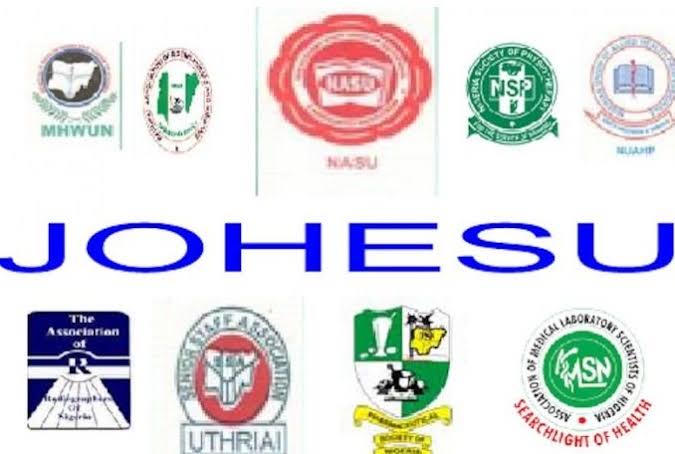 The Joint Health Sector Unions and Assembly of Health Care Professionals, on Tuesday, berated the Nigerian Senate over alleged harassment and intimidation of health workers and professionals at a public hearing which held on Monday, a claim the senate denies.

National Chairman of JOHESU, Biobelemioye Josiah, at a press briefing in Abuja, specifically accused Chairman, Senate Committee on Health, who is the sponsor of Medical and Dental Council of Nigeria (MDCAN), Ibrahim Oloriegbe, of bias against other health professionals during the public hearing.

Josiah, while speaking to journalists on what transpired at the hearing, alleged that the Committee Chairman, Ibrahim Oloriegbe, disregarded the arranged list of presenters during the public hearing and hand-picked presenters and barred his perceived antagonists.

According to him, Oloriegbe, as a Medical Practitioner and interested party in the bill is not eligible to preside over a public hearing of that nature on moral grounds.

Oloriegbe has dismissed the accusation, insisting all the associations and unions present at the event were allowed to make presentations.

The lawmaker also debunked allegation of giving preferential treatment to one association against others, saying all were treated with fairness despite time constraint.

He, however, said the noise was as a result of inter professional rivalry among the health professionals, noting that the public hearing was not a platform for unions to play politics.

He said: “We allowed everybody to speak. We also received memoranda from them, which I assured them that their views will be accommodated.

“No association or union is denied from expressing its views on the Bills.”

He warned that industrial peace can no longer be guaranteed in the health sector nationwide if the Senate fails to tender an unreserved apology to the health workers and consider all its demands.

Describing what happened at the hearing as unfortunate, undemocratic, discriminatory and unparliamentary, the health workers said the purpose of the public hearing was defeated because other critical stakeholders who submitted memoranda ahead of time were not allowed to make presentations.

He said, “JOHESU condemns in its entirety the harassment and intimidation of health workers and professionals during the above public hearing by Senator Ibrahim Y. Oloriegbe; the Chairman, Senate Committee on Health.

“The action is not only unfortunate but undemocratic, discriminatory, and unparliamentary. It is a violation of our members’ rights to freedom of speech and expression as enshrined in Chapter IV of the Constitution of the Federal Republic of Nigeria 1999 as amended.

“JOHESU demands an unreserved apology on this unfortunate incident from Senator Oloriegbe or face the wrath of JOHESU members through all possible legitimate means.”