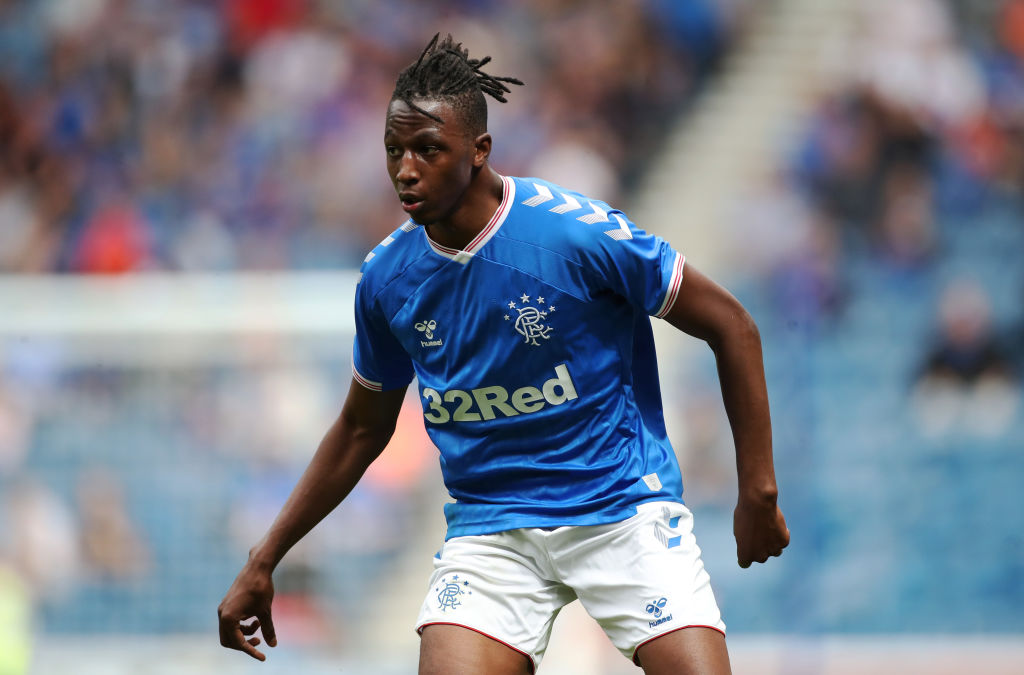 Joe Aribo’s Rangers bounced back from a crushing Old Firm derby defeat to Celtic to remain just one point behind their Glasgow rivals at the top of the Scottish Premiership with a 5-0 thrashing of third-placed Hearts on Sunday.

The Nigerian midfielder, Aribo, started the match alongside his international teammate, Leon Balogun.

Earlier, Celtic were 4-0 winners away to Motherwell.

Rangers were without top scorer Alfredo Morelos for their 3-0 defeat at Celtic Park in midweek and the Colombian’s return made a huge difference to Giovanni Van Bronckhorst’s men as he scored twice at Ibrox.

Glen Kamara and Fashion Sakala came off the bench to score late on either side of Scott Arfield’s strike as Rangers ran riot with four goals in the final 26 minutes.

Aaron Ramsey also made his debut off the bench to round off a fine afternoon for the Scottish champions after questions were asked about their attitude over the past week.

Reo Hatate and Abada did the damage in midweek and combined once more for the opener with the Israeli slotting home his 14th goal of the season from Hatate’s cross.

Rogic was one of those recalled after his return from international duty with Australia.

January signing Matt O’Riley’s bright start to his Celtic career has put Rogic’s place in the team under threat, but he responded in style with a stunning strike into the top corner from outside the box.

Abada turned provider for the third as his low cross was swept in by Rogic.

Celtic could have scored many more in the second half as a combination of poor finishing, the woodwork and Motherwell goalkeeper Liam Kelly kept the score down.

“We like to play a certain way,” said coach Ange Postecoglou. “We don’t want to be a team that grinds out results, we want to get the fans off their seats.

“We didn’t come here to shut up shop after three goals. We want to get four, five, six. We will be doing that until the end of the season.” (AFP)