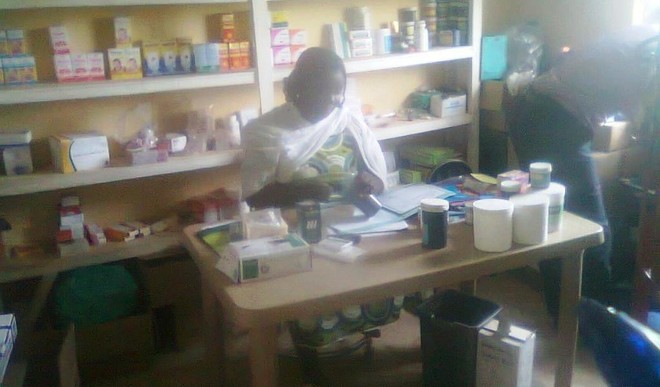 The Pharmacists Council of Nigeria (PCN) has sealed off five pharmacies and 327 patent medicine shops in Jigawa state for operating without recourse to guidelines in handling pharmaceuticals and sale of medicine.

This was disclosed by the Director of Inspection and Monitoring of the council, Pharm. Anthonia O. Aruya, while briefing newsmen in Dutse.

She said the clamp down on the facilities was part of the enforcement exercise of the council.

According to her, the council had visited 462 premises that included 12 pharmacies as well as 450 patent medicine shop.

She added that apart from those that were sealed off, three others were issued with compliance directives for poor handling of controlled drugs as well as sale and dispensing of ethical drugs without supervision of the pharmacist.

She further pinpointed that license for operation were issued to those willing to engage into pharmaceutical and sale of medicine business based on their training, saying a pharmacist is a well trained personnel to handle all categories of medicine while in the other hand the patent and proprietary medicine vendors (PPMVs) were only trained to handle over-the-counter medicines.

On whether the council is contemplating prosecuting such offenders, Pharm. Aruya said for now, they were in the state for enforcement adding that the council would come back for post enforcement.

She assured that during the post enforcement exercise, the council could prosecute those proved difficult for compliance.

“In the course of the exercise, some stakeholders were found to have started operating without following laid down guidelines for those intending to engage in handling of pharmaceuticals or sale of medicines to the public.

“Others cannot read or write in English, a situation that portends great danger to the patient, who is at the receiving end.

“At the end of the exercise, a total of 462 premises were visited, comprising 12 pharmacies and 450 patent medicine shops.

“Three premises were issued compliance directives for various offences, ranging from poor handling of controlled substances, sale and dispensing of ethical/proscribed drugs without the supervision of pharmacist.”