Jennifer Lopez has confirmed her engagement to Ben Affleck. The 52-year-old actress and singer shared a video of herself crying and looking at her engagement ring… 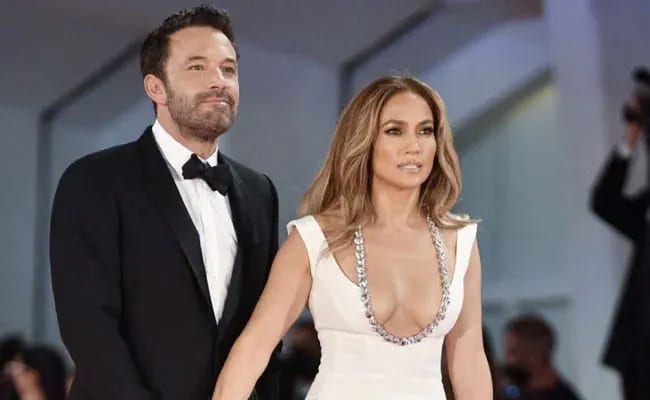 Jennifer Lopez has confirmed her engagement to Ben Affleck. The 52-year-old actress and singer shared a video of herself crying and looking at her engagement ring on Friday night on her official website.

Jennifer showed off the stunning sparkling in the 13-second clip – with no sign of her fiancé Ben, 49. The video started off with a black screen with a view of her ring first before the camera moved up to her face.

The mother of two is visibly wiping away tears of joy as she stared at her emerald and diamond sparkler, Dailymail.com reports.

She was wearing a casual outfit consisting of a green top, knitted cardigan and minimal makeup. Jennifer can be heard whispering ‘I am perfect’ in the song that played along with the video.

The couple’s relationship came as a shock to fans; they reunited in May 2021 – 17 years after their failed engagement.

In April 2021, Jennifer confirmed the end of her relationship with Alex Rodriguez, a former New York Yankee after the pair dated for four years and were engaged for two years. In mid-May, Jennifer spent some time in Los Angeles with Ben, igniting rumours they had in fact reunited.

The couple went Instagram official with their relationship in July while on a European holiday in honour of her 52nd birthday.

The power couple have continued going from strength to strength in their relationship since then, attending red carpet events and spending time together around the world.

Ben and Jen first started dating in early 2002 after meeting on the set of Gigli.

They became engaged in November 2002, with Ben proposing to her with a 6.1 carat radiant cut pink diamond ring with two trapezoid white diamonds, mounted on 18K pink gold and platinum band from Harry Winston.

The ring is now worth an estimated $12 million, with it costing Ben at the time (November 2002) a reported $1.2 million. The huge increase in worth stems from the price of the rare coloured diamond, which has soared.

They were set to get married in September 2003, but postponed their wedding and eventually broke up in January 2004.