Jaundice: Why you should shun glucose water, sun treatments –Expert 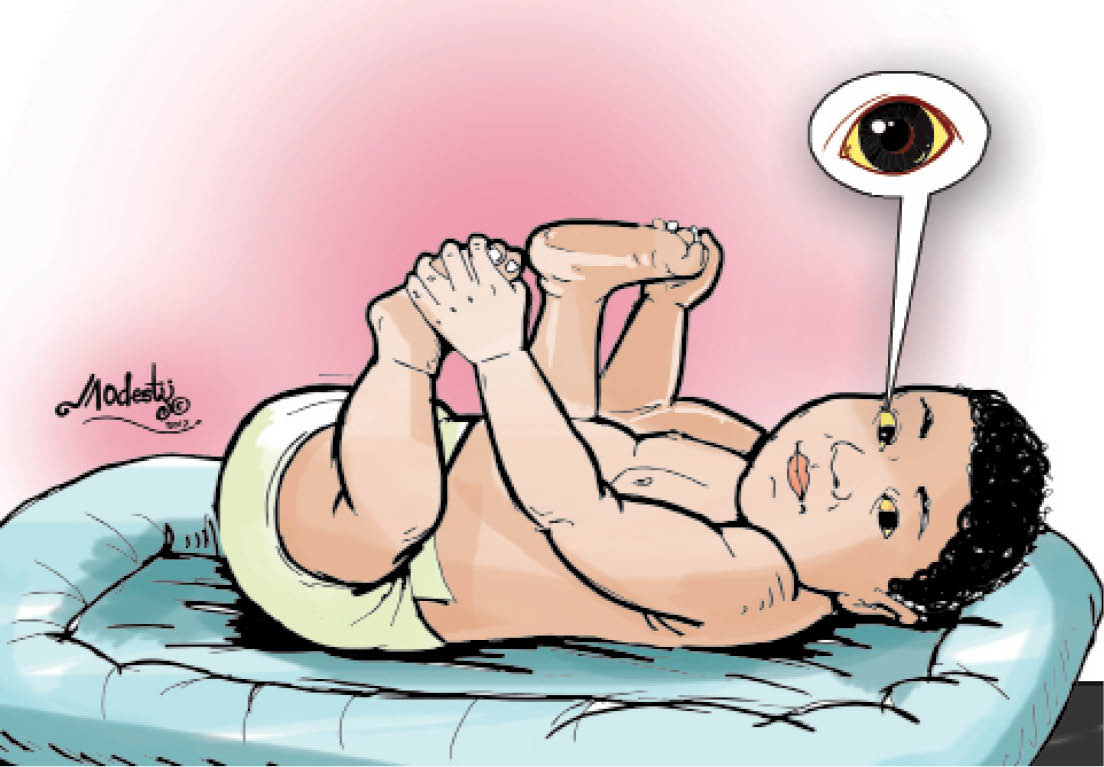 By Habibah A. Taiwo

A consultant pediatric cardiologist, Dr Habibat Suberu, has advised against giving glucose water to children suffering from jaundice as a form of treatment.

She said the practice is wrong and  one of the myths about the disease. She said other myths include the belief that using yellow clothes causes jaundice.

She added that putting a child suffering from jaundice under the sun does not treat the disease. She noted that all the practices do more harm than good.

The pediatrician described jaundice as a yellowish by-product of red blood cell breakdown.

“Once bilirubin is produced, it is metabolized in the liver, transforming it to a form that will be easier for excretion. After that it is then excreted in the stool and urine, hence partly responsible for the colour of normal stool,” she said.

According to a pediatric article published in 2018, an estimated 481,000 children suffer from jaundice yearly with 114,000 dying from it.

Nigeria is among the top 10 countries that account for the largest number of child mortality due to neonatal jaundice.

The American Academy of Pediatrics (AAP) recommends that all newborn babies be examined for jaundice before discharge from the hospital and again when the baby is between three and five days old.

Dr Suberu said jaundice can occur in newborns or older age groups.  She said jaundice in newborns can cause brain injury if not properly treated and could also cause long-term complications such as deafness and cerebral palsy.

She said “one of the causes of jaundice is noticed as a newborn is adjusting to the new environment in the first few days of life (usually between the second and seventh day) which is usually mild. If the level of the jaundice is much, it is noticed from the first day of life or after 1 week of life, then it tells us there is something else.”

She noted that the causes vary according to age group but they are generally grouped into three:

– Blockage along the tract of excretion- due to abnormal formation of the tract itself (biliary atresia), blockage of the tract by stones (gall stones/ biliary stones) or compression from structures around it (head of pancreas- especially in adults).

The expert said that the general symptoms of jaundice are yellowish discoloration of the eyes and skin with other symptoms such as:

– Low blood levels and the baby may appear pale.

She said, “jaundice is diagnosed physically with the obvious discolouration of the eyes and skin with further laboratory test required to check the level of the bilirubin and other tests may be required to determine the cause.”

She added that jaundice is one of the major causes of hospital admission in the first week of life as well as death in the first month of life.

Dr Suberu recommended the following in preventing the disease:

– Good antenatal care so that problems during pregnancy can be promptly attended to.

– Avoid exposures to agents like naphthalene balls, mentholated or methylated powder especially in the first two weeks of life.

– Early presentation of cases to the hospital.

She said the treatment of jaundice is generally dependent on what is causing it and the level.

The treatment includes light therapy, use of some medications, exchange blood transfusion and possibly surgery.

“Once a child is noticed to have jaundice, take the child to the nearest health facility where it can be assessed and the level of jaundice checked, as further action is dependent on the findings. The child may just be observed or actively treated. So it is always safer for health personnel to review the baby,” she advised.