On a recent flight from Lagos to Atlanta, I sat next to a middle-aged nurse who lived in Houston, Texas. She had emigrated to the… 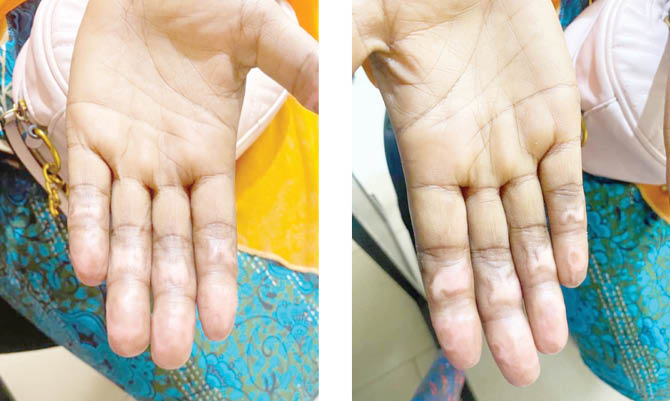 On a recent flight from Lagos to Atlanta, I sat next to a middle-aged nurse who lived in Houston, Texas. She had emigrated to the US more than thirty years ago with her husband and worked as a nurse in one of the leading hospitals there. Naturally, as it was a twelve-hour flight, it was inevitable that we would start a discussion about our home country. A lot of people on the flight were Nigerians who lived in the US and had come to visit their family at home. She wondered where I fit in and asked me aloud: ‘Why don’t you northerners Japa?’

‘Japa’. Is a word in Yoruba meaning “to flee”. Fleeing from Nigeria’s problems, I guess.

Some of her theories were hilarious. I remember reading a twitter thread a few months ago where predominantly Yoruba people were giving reasons why so few Hausa people emigrated to the UK and US. Some said it was because most Hausa people are rich and so do not need to hustle. Do they not know that according to the World Bank’s Poverty Index in Nigeria by States, northern states rank among the Top 10 poorest states with Sokoto leading with 87.73 per cent, followed by Taraba at 87.72 per cent and Jigawa at 87.02 per cent? Others postulated that it was because we were not literate. Well, maybe; but that depends on the definition of literate. If you mean read and write in English Language, then yes, northern Nigeria is definitely lagging behind. However, a majority are literate in Arabic Language, but that does not count because Arabic is not the Lingua Franca in Nigeria. Another reason my travel partner gave was that we were not exposed. To this, I threw my head back and laughed.

It is not a secret that more southerners “Japa” than northerners. Demographic data show that most Nigerians living in the UK and US belong to certain ethnicities and tribes. There are several factors for this- cultural, religious and socioeconomic. It is true that the average northerner that leaves Nigeria to settle in the west belongs to the middle and upper class. Most go to study or have white collar jobs. You would be hard pressed to find a Hausa man working three to four menial jobs in the UK trying to make ends meet. And no, it is not because we have money.

Northerners have been ‘Japaing’ for years, just not to the country of our colonial masters. The average northerner will rather emigrate to a country where the culture is somewhat similar to ours, where he or she can worship freely and where the economic hardship is less. You guessed right: Saudi Arabia. The land of flowing milk and honey.

For as long as I can remember, northerners have emigrated to Saudi Arabia, legally, but more commonly, illegally. Makkah and Madina are the favourite Japa destination of northerners of low socio-economic status. Here, the hustle is real. Similar to the popular Peckham area in London, which has been dubbed ‘mini Lagos’, there are areas in Makkah, where even the Arabs speak Hausa language. In ‘Ya balash’, Shahr mansur and Shahr sitteen districts in Makkah, not only do northerners dominate these areas, but they are further segregated based on states and language. One time I went to a particular street and I swear, it was like I was in the middle of Maduganari in Maiduguri, Borno state. Kanuri was spoken loudly by the women frying potatoes in the open night, while the men gathered around relaxing after a hard days’ work.

Many Nigerians in Saudi have lived there illegally without ‘Igama’ (resident permit) for many generations. They lurk in the shadows and form a vital part of the unskilled labour force. Men and women, every day, continue to be trafficked to the east where they are exploited.  Because they have no papers, they have no access to healthcare and quality education, yet they insist on emigrating to this country. We have all heard stories of sexual exploitation, physical abuse and undignified human treatment of illegal Nigerians in Saudi Arabia and yet, the situation remains the same.

A few days ago, a friend of mine showed me the picture (enclosed) of a woman’s fingers. She asked me to guess what the case was. In my naïve and medical mind, I was thinking of a possibility of burns or a dermatological disorder when she told me a horrifying story. The picture belongs to a woman who, desperate to return to Saudi after being deported, attempted to distort her finger prints. She had gone to a ‘doctor’ in a ‘private hospital’ who surgically removed the skin off the pulp of her ten fingers! When the pain and swelling became unbearable, she returned to the doctor only to be told that he had travelled to Niger Republic. In panic, she reported to our hospital.

For millions of travellers who visit foreign countries, it’s not just their passports, but their fingerprints, that they need to hand over at the border. Because fingerprints are unique to each individual, fingerprint scanning at airports and other ports of entry helps security officials quickly identify criminals, terrorists, immigration violators and others. While not fool proof, for some countries, this system is the first line of defence against enemies of the state and other unwanted visitors.

Those who work in Immigration know that finger print fraud is a common occurrence.

In 2009, a Chinese woman, Lin Rong, 27, snuck back into Japan after being deported. After her arrest, Rong told officers she paid roughly $1,500 for the procedure that swapped fingerprints from her right and left hands. Patches of skin from her thumbs and index fingers were reportedly removed and then grafted on to the ends of fingers on the opposite hand. As a result, Rong’s identity was not detected when she re-entered Japan illegally.

Like Rong, Nigerians have since gone ahead to device other means of distorting their fingerprints. Some people have reportedly slipped past the screening system by placing special tape over her fingerprints. The silicon covering foils the scanning device and the passenger is allowed to pass through immigration.

These days, as an added security measure, countries are now using retinal scanning to screen passengers. Maybe one day, I might hear of a ‘doctor’ who performs surgeries to distort the retina. Anything is possible.

According to the UN’s Department of Economic and Social Affairs, the number of international migrants from Nigeria in 2020, the latest year for which figures are available, was 1.7 million, up from 990,000 a decade earlier. Nigerian authorities record the number of citizens travelling in and out, but do not register whether departing citizens are leaving to work or live permanently abroad. As a result, figures for net migration and countries of destination are hard to come by.

Emigration is a human phenomenon that is not restricted to Nigerians alone. People will always move to where they think their lives will be better: economically, socially, religiously and culturally. In this era, there are a thousand and one reasons that humans can use as a reason to emigrate. But whatever the case, the real issue is do so legally. For the life of me, I cannot understand the desperation that would drive a person to cut off the skin of their fingers.

So, to the woman on the flight who asked: ‘Why don’t Northerners Japa?’, I hope I have answered your question.