There were emotional scenes in court on the first day of the blasphemy trial of Jakarta’s governor, a Christian of Chinese descent. Basuki Tjahaja Purnama,… 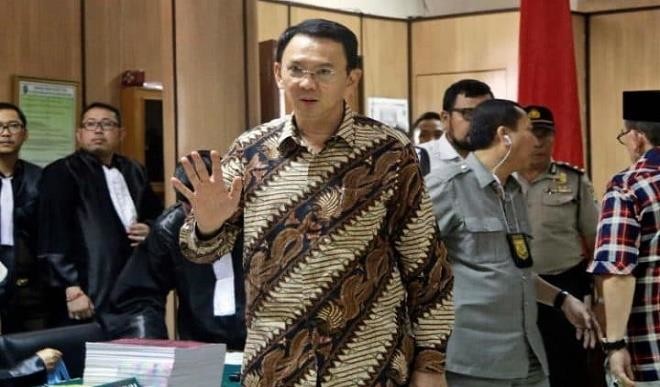 There were emotional scenes in court on the first day of the blasphemy trial of Jakarta’s governor, a Christian of Chinese descent.

Basuki Tjahaja Purnama, known as Ahok, cried as he denied allegations he insulted Islam. Mr Purnama is the first non-Muslim governor of Indonesia’s capital in 50 years.
The case is being seen as a test of religious tolerance in the world’s largest Muslim-majority nation. The prosecution said Mr Purnama insulted Islam by misusing a Koranic verse which suggests Muslims should not be ruled by non-Muslims, to boost public support ahead of February’s governorship election. He insisted his comments were aimed at politicians “incorrectly” using a Koranic verse against him, not at the verse itself. If convicted, he faces a maximum five-year jail sentence. After the short hearing, the trial was adjourned until 20 December. Rights groups say the authorities have set a dangerous precedent in which a noisy hardline Islamic minority can influence the legal process, says the BBC’s Rebecca Henschke in Jakarta.