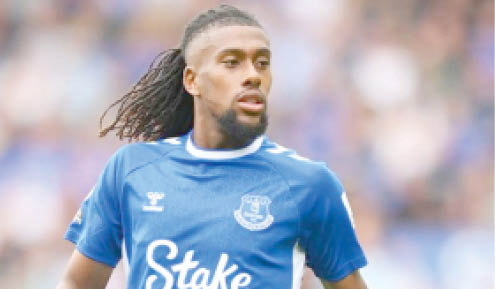 Alex Iwobi is set to be rewarded for his impressive start to the season at Everton with a new contract which would see the player’s wage rocket.

The Nigerian struggled at the start of his Everton career but his performances vastly improved upon the arrival of current head coach Frank Lampard.

The former Chelsea boss has helped to reinvent Iwobi by converting the 26-year-old to a centre-midfielder – a move which has been extremely successful so far.

Iwobi has become a key cog for Everton in the heart of their midfield alongside summer arrivals Amadou Onana and Idrissa Gueye – helping to create an uptick in performances at Goodison Park.

The former Arsenal man has just 18 months left on his current deal and Everton fans will be pleased to see their player committing to a new contract.

Iwobi’s new deal will be a ‘three-and-a-half-year agreement’ extending his stay in Merseyside until 2026.

Despite Iwobi’s good performances for Everton, the Toffees still find themselves flirting with relegation from the Premier League.

Everton currently sit just one point above the relegation zone in 17th place and will be hoping to avoid a repeat of last season’s scare.

With Iwobi only managing one goal – Lampard will be hoping that his new and improved contract comes with improved returns.