In Bauchi State recently, a 12-year-old, Dayabu A.  was arrested for kidnapping a young child known to him, and asking the girl’s father for a… 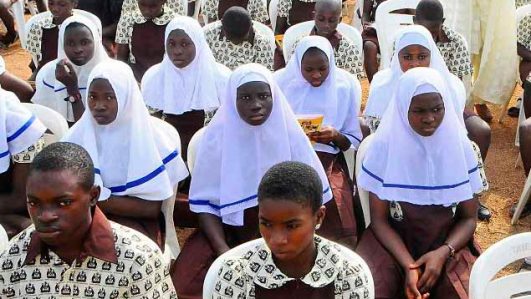 In Bauchi State recently, a 12-year-old, Dayabu A.  was arrested for kidnapping a young child known to him, and asking the girl’s father for a N150,000 ransom. He’d wanted to – according to the police- use the money to buy clothes.  Oku di over and everyone’s got to hustle.  Asked where he’d got the inspiration from to kidnap someone for ransom, he said his friend was once kidnapped and released after the friend’s family paid the abductors. Monkey see, monkey do and all that. We’ve become a nation where kidnapping for ransom hasn’t just become normalised, it’s also become ‘a job’ that some of our young ones are aspiring to. In saner climes, 12-year-olds looking to make money mow lawns, run errands, babysit pets and so on. It’d never occur to them to kidnap a child they know and call the parents anonymously to ask for money.

There was nothing about Dayabu’s parents in the article, so I don’t know his family situation and can’t speak to whatever parenting failures might have contributed to creating this child kidnapper. According to the report I read, the young boy moved with his siblings from Kano to Bauchi in search of better opportunities. “From the little, he earned while hawking fried yam in Magama Gumau, he raised money and bought a mobile phone Techno Camon model,” the phone he presumably used for his kidnapping business. While there is no mention of where his parents are or if they are even in the picture at all, our society as a whole has a communal responsibility to all children. When we glorify criminals – 419ers, drug peddlers, kidnappers – in songs and in conversations, when it seems like crime pays, when corruption is accepted as normal, then we mustn’t be surprised when our children also begin to go into criminality early.  But that’s a topic for another day.

It is, however,  an indictment on our federal, state and local  governments  that any child is out of school and helping to raise money to look after themselves. At 12, Dayabu should have been spending time being a child, preoccupied with childish games, not working. Bauchi, Katsina and Kano states have the highest number of out of school children in Nigeria.

According to a 2022 UNICEF report, Bauchi State has almost 1.4 million children of age who weren’t in school. And yet the governors of these states claim to value education, are themselves educated and have children who are educated. Gov. Ganduje’s youngest son, for instance, graduated from Regent’s in the UK last year. A quick Google search disclosed that all three governors, have in the past discussed education and promised (and perhaps delivered) certain interventions to help curb the number of out-of-school children in their states but a dire situation requires a more drastic response than one whose effects are only marginally felt.  I don’t know what that response must be. Shebi it is given to some of us to highlight problems so that those whose talent/duty it  is to solve the problems provide the needed solutions, abi?

What I do know is that even where the education is available, the quality is often abysmal. According to a 2017 report by the World Economic Forum, Nigeria ranks 124th out of 137 countries with regards to the quality of primary education. Another report by an international organization revealed  that over 58 per cent of Nigerian children in Nigeria are not acquiring basic literacy and numeracy skills in schools. Which reminds me of an incident years ago, when I taught at a public school for foreign students in the Belgian city I lived. We had a 13-year-old Nigerian student who had some secondary education in Nigeria before she moved to Belgium to join her mother but whose reading ability was embarrassingly poor. As the only Nigerian teacher there, I had to let my colleagues know that I was as stunned as they were that this girl couldn’t read a simple story book without difficulty.

Things have to change.  An educated nation is a healthy nation. It is also a nation where impressionable youth find viable options to criminality for making money. And that is why we must advocate for good governance. As the elections draw near, we have to listen to what the policies of the presidential forerunners are on education, and vote wisely. A leader who doesn’t care about our children’s education, doesn’t care for Nigerians. Period.