Issues before the new agric minister

…Experts give direction   Last week, President Muhammadu Buhari made minor changes in his cabinet.  The changes affected the Ministry of Agriculture and Rural Development,… 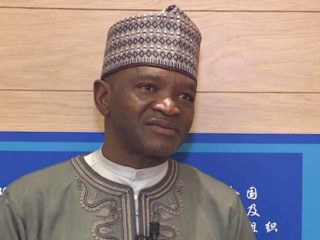 Last week, President Muhammadu Buhari made minor changes in his cabinet.  The changes affected the Ministry of Agriculture and Rural Development, where the minister, Ahaji Sabo Nanono, was dropped and Dr Mohammad Mahmood was redeployed from the Ministry of Environment to head the ministry.

Stakeholders in the sector, including farmers and local and international agencies, have drawn the attention of the new minister to areas they think need urgent attention in order to strengthen the sector.

The President of the All Farmers Association of Nigeria (AFAN), Arc Kabiru Ibrahim, advised the minister to see all the stakeholders in the sector as purely non-governmental and properly involve them in driving the activities of the ministry.

Arc Ibrahim said it was a consensus in the sector that nothing much had been done about livestock development and animal feed production over the years, especially as it concerns cattle.

He said, “Let’s know what has become of the National Livestock Transformation Plan (NLTP). Can we know the stages where the various states that keyed in are, even though the CBN is doing something with the big players in the milk importing companies in Niger State.

“Secondly, we want to see collaboration between the CBN and the ministry. The minister should drop his ego and seek a meeting with the CBN governor on how to be coopted into the largess. It is no fault of the ministry that they are underfunded. Many of them may frown at my submission, but CBN has the cash at its disposal.”

Similarly, the President of the Poultry Association of Nigeria (PAN), Mr Ezekiel Imam, said the first assignment of the minister should be to call a stakeholders meeting, engage the commodity associations, up-takers of agricultural products, agricultural research institutes and the CBN.

Mr Imam said, “After engaging the groups separately, he should call for a roundtable so as to develop a marshal plan to turn round agricultural production for the better.

“He should plan for two cropping seasons:  rain-fed and irrigation. The plan  for  dry season  farming  should  start   immediately, because  with  the  insecurity, lack  of  sufficient  fertiliser  and  flood,  we may likely  experience  food  supply  shortage.”

Also, the President of the National Palm Produce Association of Nigeria (NPPAN), Mr Alphonsus Inyang, advised the minister to focus his energy on the development of a more sustainable sector of the agriculture industry through well-articulated policies and massive development of tree crop commodities such as oil palm, cocoa, cashew nuts, rubber, coconut, tea and coffee to recover the lost glory of the country in the production, processing and export of the commodities.

He said, “We urge the honourable minister to partner with NPPAN on its programme, ‘One Household, 20 Palm Trees’, to populate our rural communities with oil palm trees thereby generating over five million jobs by the end of 2023.

“The 16 agricultural research institutes under the ministry are not being heard. It is pertinent that the new minister needs to redirect effort to ensure that they push out whatever they have developed over the years. This demands constant visit to these institutes and tracking their activities and developments. This will serve as an encouragement.’’

In his submission, the President of Sunflower Association of Nigeria (SAN), Alhaji Ahmed Jibrin, wants the minister to focus extensively on commodities value chain development and carry all the directors of the ministry along.

Alhaji Jibrin said, “All the commodities have desk officers in the ministry. During Dr Adesina, he usually called them to brief him every morning, but now there is nothing as such. If the new minister can revive this, it will be great.”

Also, at a two-day stakeholders’ consultative meeting on the 2022 agriculture budget organised by Action-Aid Nigeria (AAN), the Department of Agriculture and Water Resources of the ECOWAS Commission and others, they suggested a number of actions that require the attention of the agriculture ministry.

They particularly noted that the National Centre for Agricultural Mechanisation (NCAM) that was established for the purpose of adaptive research leading to design and development of efficient agricultural machines and technologies to reduce drudgery and improve the quality of agricultural production was not adequately funded and should be funded and strengthened.

They also said considering rising insecurity on farms, farm raiding, cattle destruction, kidnapping, climate and other natural disasters, farmers were not encouraged to continue farming practices without risk cover, hence that both federal and state governments should promote the enrolment of agricultural insurance policies for smallholder farmers.

The communique at the end of the meeting reads in part: “In drafting new agricultural policies, consideration should be given to discourage farming practices such as land clearing and open tillage. The policy should promote soil preparation and restoration practices, small-size mechanisation and improvement in data capturing and coordination across sub-national governments.”

They also said the new minister must look critically into the ongoing crisis in AFAN with the view to rallying the farmers in order to help the ministry coordinate their activities appropriately.

In the area of extension services, they said there was a huge gap in extension agents-farmers ratio which had a limiting effect on technology transfer to farmers.