“Israel&#8217;s currency has Arabic inscription… Nigeria is not a secular state…” &#8211; Are these claims correct? | Dailytrust
Online Special

“Israel’s currency has Arabic inscription… Nigeria is not a secular state…” – Are these claims correct?

The Director, Muslim Rights Concern (MURIC), Professor Ishaq Akintola, recently made a number of claims concerning the Arabic script on the Naira. The Lagos-based group claimed that the script on the naira is not Arabic but ‘Ajami’; there was no mention of ‘secular’ in the 1999 Constitution of the Federal Republic of Nigeria; Israel’s currency has Arabic inscription; Arabic is not a foreign language because Shuwa Arabs in Borno State speak it and colonial masters inscribed Arabic on the currency printed by Britain and used in Nigeria.

Claim One: The inscription on Naira is not Arabic but ‘Ajami’ 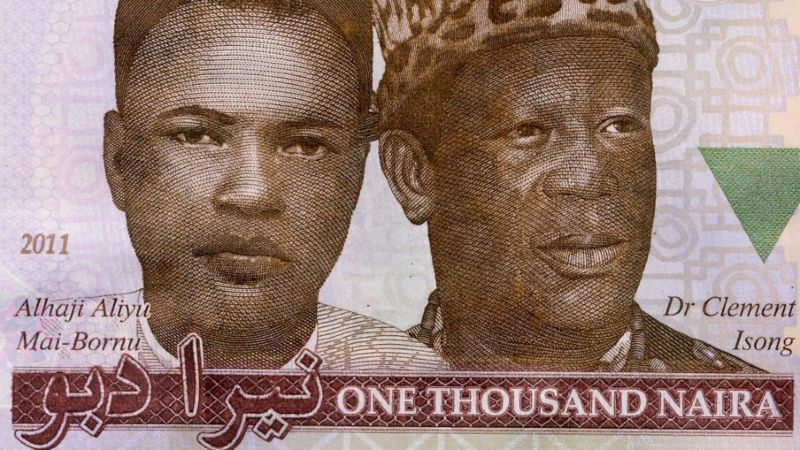 Photo of one thousand naira note

Verdict: TRUE. The inscription on the naira is Ajami Hausa, not Arabic.

On November 15, 2020, MURIC released a statement detailing its position on a recent suit against Arabic sign on the naira.

A lawyer, Chief Malcolm Omirhobo, had dragged the Central Bank of Nigeria (CBN) and others before the Federal High Court, Abuja, over the inscription of Arabic language on Naira notes.

Reacting to the development, MURIC claimed that the said inscription on the Naira was not Arabic but Ajami.

“Seeking to remove Arabic from the naira is the height of ignorance because Arabic is just a language like English or French, not a religion. By the way, what is on the naira is not even Arabic. It is ‘Ajami’ using Arabic letters as a form of transliteration,” MURIC claimed.

An article written by Mannir Dan-Ali, former editor-in-chief of the Daily Trust newspaper, published on the BBC website, clarified that many seem unaware that the Arabic script on the naira is known as “Ajami”.

Dan-Ali explained that Ajami was the first means of literacy on the African continent, centuries before Western colonisers and Christian missionaries arrived with their Roman script and its A-Z alphabet.

“Nana Asma’u, the daughter of Sheikh Usman Dan Fodio, who founded the Sokoto Caliphate, was a renowned and prolific poet – and probably the first woman to write several books in Hausa and Fulfulde using Ajami.

More than 150 years after her death, it is Ajami Hausa, not Arabic, that is on the naira notes,” he wrote.

Any non-Arab language written in Arabic script we call Ajami. The inscription on the naira is a transliteration of Hausa into Arabic.

When contacted, a communication scholar at the University of Maiduguri, Professor Abubakar Mu’azu, said the sign on the naira is Arabic letters used to write the value of the denominations of the naira in Hausa.

“The Arabic letters used to write in Hausa is what is called Ajami. An Arab may read it but may not get the meaning unless he/she understands Hausa,” he said.

As far back as 1913, Frederick William Hugh Migeod wrote that writing in the Hausa language, using Arabic characters was common in Northern Nigeria and that Hausa so written is locally called Ajami, an Arabic word meaning simply ‘foreign.’

The inclusion of Ajami on the naira may not be unconnected to research finding that as many as 80 percent of Hausa-speakers in Africa can read and write Ajami.

Professor of science education and curriculum studies at Kano’s Bayero University, Abdalla Uba Adamu, observed that many of West Africa’s “unlettered” persons are still reading Ajami—on signs, in shops, in at least one weekly newspaper (Nigeria’s Alfijir), as well as in locally published books that range from romance novels to religious texts.

Conclusion on claim one

Claim Two: Nowhere in the whole constitution was the word ‘secular’ ever used 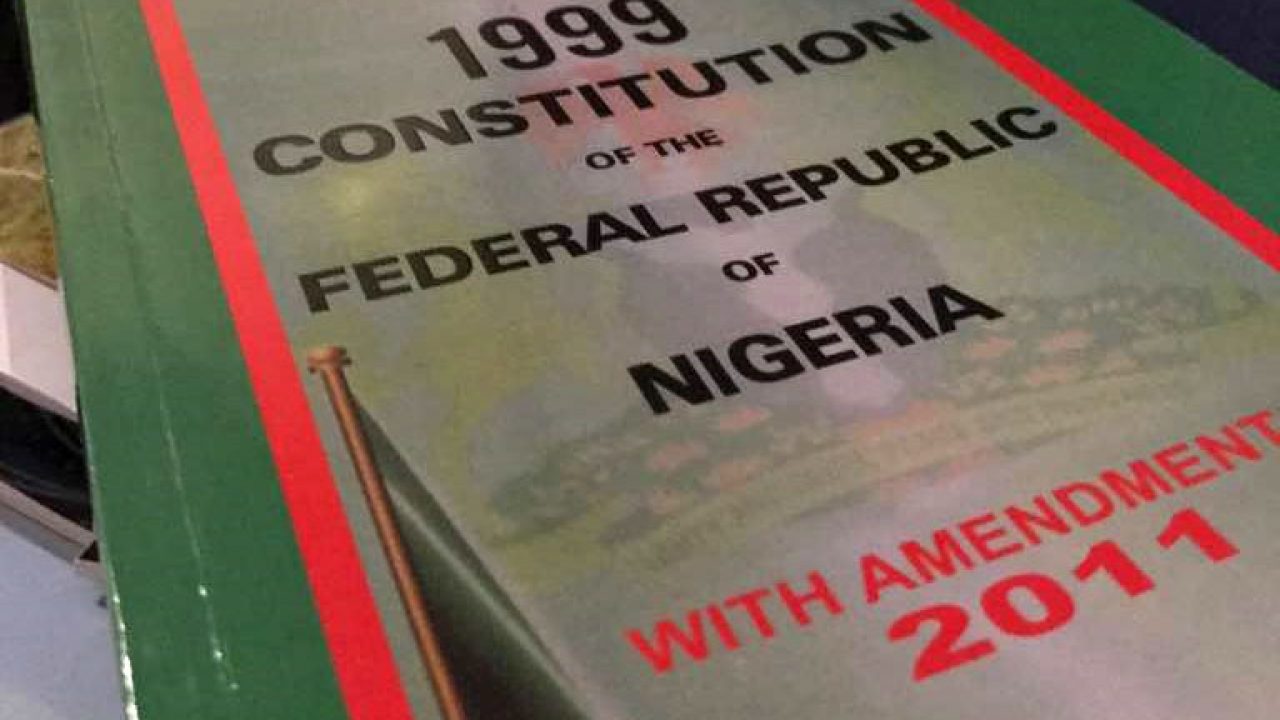 Verdict: TRUE. An online word search of the 1999 constitution of the Federal Republic of Nigeria showed that ‘secular’ was not used in the document.

MURIC claimed that  there is nowhere in the whole constitution of the Federal Republic of Nigeria was the word ‘secular’ ever used.

“The Constitution of the Federal Republic of Nigeria 1999 says inter alia at its very beginning, ‘We the people of the Federal Republic of Nigeria: having firmly and solemnly resolved : to live in unity and harmony as one indivisible and indissoluble sovereign Nation under God…’ So how can Nigeria be a secular state when we are ‘under God’? In addition, nowhere in the whole constitution was the word ‘secular’ ever used and we challenge anyone who can find that word from the constitution to mention the chapter, section and subsection,” MURIC claimed.

An online search of ‘secular’ did not return results throughout the provisions of the 1999 Constitution of the Federal Republic of Nigeria.

Similarly, a lawyer, Osita Nnamani Ogbu, wrote in an article entitled, “Is Nigeria a Secular State? Law, Human Rights and Religion in Context,” that there was no mention of ‘secular’ in the 1999 constitution.

“The 1999 Constitution did not expressly proclaim Nigeria to be a secular state,” Ogbu wrote in the article.

Ogbu observed that though the constitution did not “expressly proclaim” Nigeria a secular state, “it prohibits both states and the Federal Government from adopting any religion as state religion; and guarantees to every person the right to freedom of thought, conscience and religion as well as the right to freedom from discrimination on grounds, inter alia, of religion.”

An article written by Engr. Dauda Ayanda and published in the Guardian posited that the often cited section of Nigerian Constitution on the provision of a secular state is Section 10 of 1999 Constitution, which reads thus: The Government of the federation or of a state shall not adopt any religion as state religion.

“This constitutional provision is wrongly interpreted by some advocates of secularism to mean a secular state. This is more compounded by the fact that there is no legal pronouncement on the particular section of the Constitution,”  Engr. Ayanda wrote.

He concluded that “the logical interpretation of the provision is that a single religion is prohibited from being imposed on all the citizens of the country. In other words, Nigeria is a non-theocratic, multi-religious and multi-cultural state.”

Verdict: TRUE. Arabic is one of the two official languages of Israel and as such is included on official documents and signs, including the country’s currency.

As part of several claims made by MURIC to protest the suit against Arabic script on the naira, the group claimed that Israel’s currency has Arabic inscription on it.

“Nigerian Christians who go on pilgrimage to Jerusalem every year spend Israel’s money and see Arabic on it,” MURIC claimed.

The Israeli new shekel, which is the currency of Israel and is also used as a legal tender in the Palestinian territories of the West Bank and the Gaza Strip, has Arabic inscription on it, just as the 200 New Shekels pictured above.

Note that it is enshrined in Israeli law that Hebrew and Arabic are official languages of the State, and all public documents, including the currency, must be printed in both languages.

It is also noteworthy  that Israeli Arabs, who speak Arabic, are the biggest minority in Israel, constituting about 20% of Israel’s population.

Verdict: Misleading. While Arabic is “used”  by the Shuwa Arabs in Borno State, it was imported into Nigeria and is described as the oldest foreign language in the country.

MURIC claimed that Arabic is not a foreign language as it is “used” by the Shuwa Arabs in Borno State:

“One major argument against the removal of Arabic from the naira is that a large percentage of the Nigerian population will be cut off from our monetary system if Arabic is removed from the naira because Arabic is one of the local languages in Nigeria. It is used by the Shuwa Arabs in Borno State. Therefore Arabic cannot be a foreign language.”

Evidence suggests that many Arabs settled in the Northeast of the country for the past 300 years. Centuries later, their features, culture, language, and origin remain Arabic.

“Historically, Arabic is the oldest foreign language in Nigeria today. The reason is that its entry into the country dated back to the seventh century of the Christian era and the first century of the Hijrah Calendar. Centuries before the advent of Europeans in Nigeria, Arabic had been used for religious, social and cultural purposes,” Dr Ayuba added.

Note that while he explained that Arabic is the language of the Shuwa Arabs, he added that it was one of the oldest foreign languages in Nigeria.

Similarly, two Arabic Scholars from University of Ilorin, Lateef Onireti Ibraheem and Isa Alabi Abubakar posited that Arabic came into the country through the Arab traders and became deeply entrenched among the Shuwa Arabs with the help of the establishment of Islamic empires and emirates.

“Arabic further developed by itinerary scholars who passed through the country on their way to perform Hajj in Makkah. The advent of the British colonialists and Christianity slowed down its growth in the 20th century and later it gained strength with the establishment of Private Arabic Schools and the embarkation of students on scholarship to study abroad,” the scholars wrote.

They observed that Arabic has actually become one of the languages of social interaction and that Nigerians have imbibed a great deal of Arabic.

The Shuwa ethnic group is spread across Borno State and other countries sharing border with Chad and Cameroon Republics, close to the Lake Chad Basin. The term Shuwa is peculiar to the region in the tip of northeastern Nigeria, where it is used by the majority of non-Arabs to describe the Arabic speakers among them.

Historically, Nigerian Arabs are nomads who were socio-culturally described as Baggara. Their movement from one place to another is necessitated by their cattle’s constant needs for grazing land.

Claim Five: Colonial masters inscribed Arabic on the currency printed by Britain and used in Nigeria 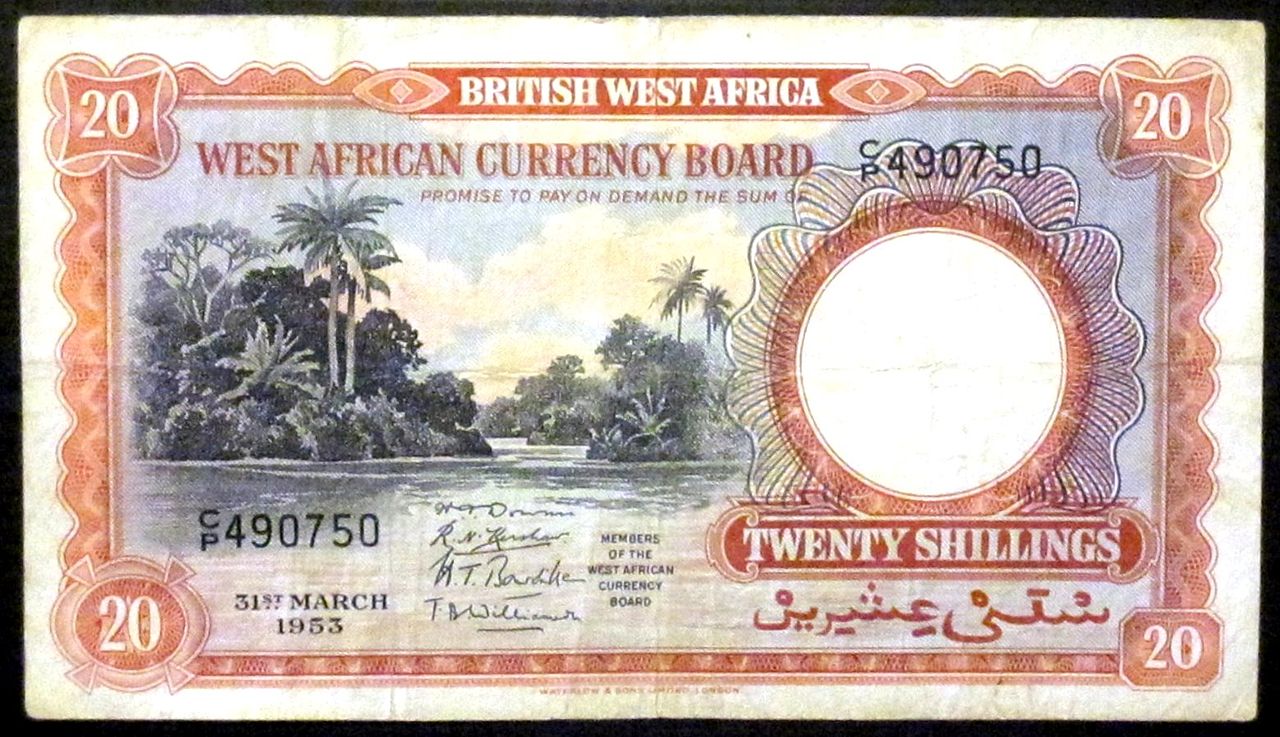 A 1953 20 shilling note of the West African Currency Board.

MURIC also claimed that the British Pound, used in Nigeria before the advent of the naira, had Arabic script on it.

“Even the colonial masters inscribed Arabic on the currency printed by Britain and used in Nigeria. The words: ‘pound daya’, i.e. one pound was inscribed on colonial currency. Omirhobo may therefore need to sue the Queen of England,” MURIC stated.

The Nigerian naira replaced the country’s use of the Nigerian pound in 1973.

The Central Bank of Nigeria (CBN) traced the first major currency issued in Nigeria to the colonial ordinance of 1880 which introduced the Shillings and Pence as the legal tender currency in British West Africa. The units of coins managed by the Bank of England were one shilling, one penny, 1/2 penny and 1/10 penny and were distributed by a private bank, the Bank for British West Africa till 1912.

From 1912 to 1959, the West African Currency Board (WACB) issued the first set of banknotes and coins in Nigeria, Ghana, Sierra Leone, and the Gambia. The highest banknote denomination was one pound, while the one shilling coin was the highest coin denomination.

An archivist in Kaduna, Musa Muhammad,  confirmed that Arabic script had been printed on nearly every previous currency used in Nigeria before the naira.

Muhammad showed the New Yorker a tenth-of-a-penny coin minted in 1945, under the British colonial regime, and three languages were stamped on its silvery face: King George VI’s name appeared in Latin, and the coin’s value was spelled out in both English and Hausa, with the latter spelled out in Arabic. 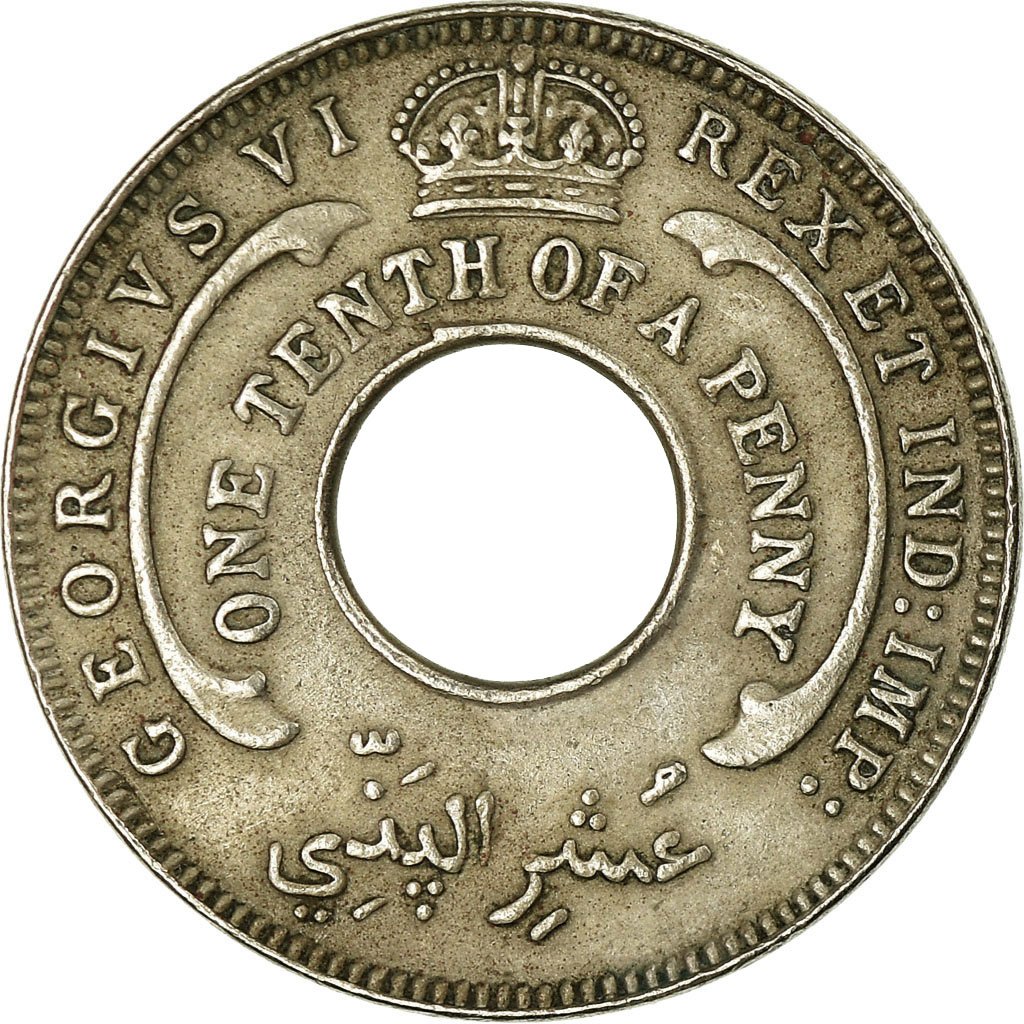 A tenth-of-a-penny coin with Arabic script

It is true that British colonial masters inscribed Arabic on the currency printed by Britain and used in Nigeria. Pictorial evidence and expert testimony proved that Arabic script appeared on some currencies used in Nigeria during colonial rule.