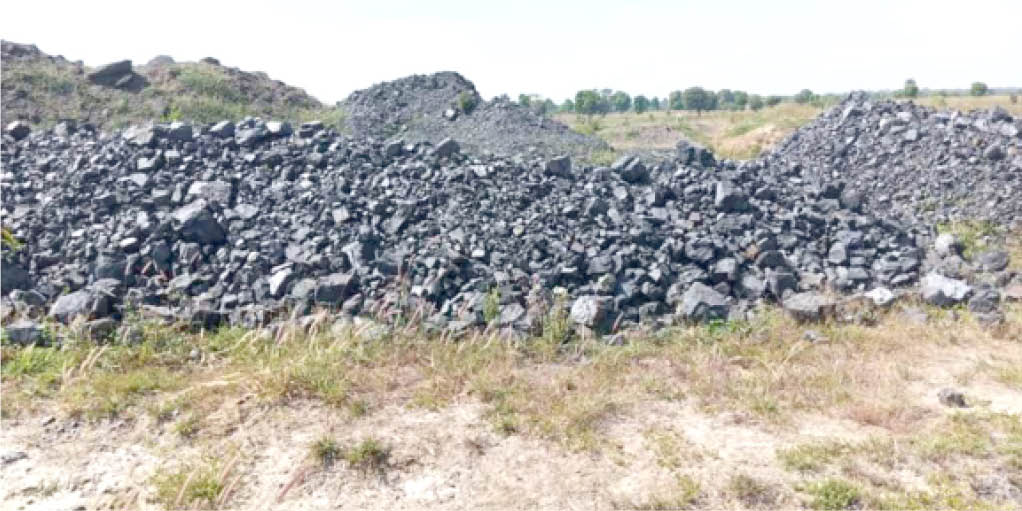 The federal government granted 36 licences for the extraction of coal from the vast deposits in the country, with an estimated 10,000 megawatts (MW) electricity generation capacity, however the licences have yet to improve the national power grid, Daily Trust investigation has shown.

Nigeria may also miss a target for coal to contribute four percent to the national grid electricity by 2020 as no coal is used in the present energy mix, despite setting the target since 2015.

While Nigeria’s peak generation hovers below 5,000MW at present, the national peak demand forecast is at 25,790MW, report by the Nigerian System Operator (NSO) said. This means that there is 75 percent shortage of power in Nigeria. Despite all these indices, no power generation on the grid is done from coal-to-power sources at present.

The 36 local and foreign companies have licences to mine coal mostly for use in the energy sector across Kogi, Benue and Nasarawa states.

The Federal Ministry of Power in 2015 rolled out the Rural Electrification Strategy and Implementation Plan (RESIP). It outlines the target for power generation and increase in renewable energy to form 30% of the national grid by year 2030.

Details of the Nigerian electricity vision 30:30:30 projects a renewable energy mix target of reducing gas-to-power to 44% by 2020. That is presently the fuel for 70% of the national grid output. Large hydropower sources will be at 25%, dropping from 30%; solar will be at 22%, wind will generate 2% and biomass will generate 3%. Coal should contribute 4% but generates nothing now, our survey showed.

The coal for power component has failed to contribute any energy to the national grid since the project was made in 2015 and reechoed in 2016.

Daily Trust during the investigation, obtained coal mineral titles for Kogi, Benue and Nasarawa states from the Federal Ministry of Mines and Steel Development.

An analysis of the data showed that majority of the firms, numbering 21, have licence to mine coal in Kogi State; five other companies operate in Benue while two others operate in Nasarawa State. Prominent among the miners is Dangote Industries Limited which mines in Benue and Kogi; and Zuma828 which mines in Okobo, Kogi State.

A survey of these companies’ mining activities across the three states revealed harrowing inactivity. More complicating is that the few that are mining the coal have not in any way channelled it to power production for the national grid.

Although majority of the licences held by the firms are for exploration and for mining in Kogi State, where data showed there are huge deposits of coal, the mining activities are actually far less than expected.

In Omala LGA of Kogi State, eight firms were licensed to mine coal with focus on power generation. The firms are Rockbottom Mines and Power, Babs Allan Ltd, Mosra Enerji Ltd, Hawka Mining and Engineering Ltd, and Dransy Energy Generating Company Ltd. The others are Tianfu Ltd, Into Africa Mining and Exploration Nig. Plc and Western Metal Products Company Ltd.

A visit to Omala, however, revealed that of the eight firms, Daily Trust found only Rockbottom mining coal in Omala. The mining site is located at Oloku area, on the outskirts of Abejukolo, headquarters of Omala LGA.

It was learnt that the firm commenced mining activities in the area about four years ago. The mining site was a beehive of activities when our correspondent visited the area recently.

Trucks made their ways to the site virtually on daily basis to load mined coal to various parts of the country. But investigations showed that no power is being generated by the firm even with the abundant coal deposit in the area.

One of the site supervisors, Mr Emmanuel Okoh, told our correspondent that the firm was mining coal in accordance with guidelines issued by the ministry of mines. He also said some government officials from Abuja had inspected the site that day.

A community leader, Abalaka Ameh, told Daily Trust that he was not aware that the firm was supposed to use the coal to generate power for the people.

He said Abejukolo, and other surrounding communities in Omala have not been enjoying power supply for a long time.

Of the nine firms that have licences on coal mining in Ankpa LGA, only two are operational, our survey around the area showed. While Dangote is operating at Onupi, Awowo and Enjema communities, Zuma 828 Ltd is operating in Okobo community, all in the LGA.

Our correspondent observed many Dangote trucks ferrying coal, said to be headed to its Dangote Cement in Obajana, also in Kogi State. The cement plant has an about 30MW captive power plant to power cement production, but is not connected to the grid.

Dangote and other cement companies like Lafarge used to be customers of Zuma 828 coal before it fully commenced mining activities last year, Daily Trust gathered.

Zuma 828 Coal has a sister firm which is the Zuma Coal Power, the plant is being built at the Itobe part of the state and was expected to have begun power generation to the national grid since 2015. However, an official of the parent company, Zuma West Africa, said recently that the process of completing the plant was on course.

Mining in Benue not for power

At Owukpa Consolidated Mines Ltd in Benue State, it was learnt that the site has been operational in Ogbadibo LGA for 10 years. Located in Ibagba community, it was noted that operation has been epileptic recently.

Although when our reporter visited the site, it was out of operation, a community leader, Abutu Matthias said, “They mined coal to some point but complained of not having market for the product and left temporarily,” he explained.

Meanwhile, it was learnt that the host community recently forced the mining firm to stop coal mining activities for not providing a road and a bridge.

Security personnel guarded the site, it was observed. The firm like those in Omala, Kogi State is yet to use the mined coal for power.

Nasarawa: No coal mining despite 2 licences

Two companies, Tongyi Global Solid Minerals Resources Limited and Sansani Farms Limited, got license to extract coal in Nasarawa State. While the former has a permit for coal, lead and zinc in Obi and Lafia, the later has a Small-scale Mining (SM) licence for coal in Lafia.

A survey across their sites in the state showed nothing significant in mining activities. Further checks indicated that the coal licenses held by both firms were for the purpose of generating energy and industry use.

Sources in Obi town told Daily Trust that there have been issues relating to resource control and land reclamation, which discouraged the firm from commencing mining activities. The company however said that has not the case.

The manager, mineral resource department of Tongyi Group, Mr Anas Muhammad, told Daily Trust in Abuja that after the exploration, the company did not find coal deposit of economic importance and had since dropped the idea of going into mining in the area.

In Lafia Local Government Area, Daily Trust located a mining site close to Duduguru Junction few kilometres away from Mararaba Akunza where there is clear evidence of mining activities. However, the site visited has not been active in the last couple of months.

Many licences to expire soon

Records obtained through a Freedom of Information (FOI) request from the mines ministry revealed that many of the mining licences, especially the three-year Exploration Licences (EL) may expire soon.

When contacted for response on redundant coal power generation, the Director, Mines Environmental Compliance (MEC) Department, at the mines ministry, Engr. Sallim Ade Salaam said, “There is a federal government policy to generate electricity from coal at the ratio of 30 percent. And Federal Ministry of Power is the one spearheading the programme. The development of coal is by us (Ministry of Mines).

“A lot of coal has been developed in many sites, but what we are waiting for is the Federal Ministry of Power to come up with programmes and plants that will power them,” he noted. Engr. Salaam mentioned the Eta Zuma coal site and that of Dangote in Kogi, and that of Ashaka Cement in Gombe.

“But until the power plants are installed for generating electricity, they will continue producing coal. Remember, at a time, Nigeria was exporting coal when Eta Zuma Group was given some type of LPO to export,” he recalled.

This investigation is supported by Daily Trust Foundation and MacArthur Foundation