Intrigues in Bauchi assembly as plot to impeach speaker, others thickens

There are intrigues in the Bauchi State House of Assembly as moves to impeach the Speaker, Abubakar Y. Suleiman, and other principal officers gather steam.… 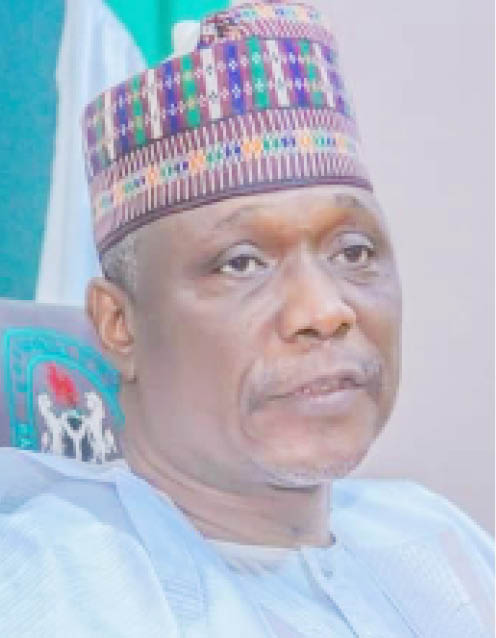 There are intrigues in the Bauchi State House of Assembly as moves to impeach the Speaker, Abubakar Y. Suleiman, and other principal officers gather steam.

At Inauguration, the All Progressives Congress (APC) had 22 members, the People’s Democratic Party (PDP) 8, and the New Nigeria Peoples Party (NNPP) 1 member.

VP slot: How Babachir’s panel recommended Shettima, 10 others to Tinubu

In their drive to form a strong force in the 9th state assembly, the All Progressives Congress (APC) members had sought the appointment of Kawuwa Shehu Damina as speaker.

After a series of meetings, the assembly reached a pact and Suleiman of the APC was elected speaker, while Danlami Kawule of the PDP was elected deputy speaker.

However, some members of the parliament, including the speaker, later jumped ship to the PDP, thus making the APC to currently have 16 members in the house, with the PDP having 15.

On July 1, 2022, members of the house convened to demand the resignation of the speaker and all the principal officers.

The Deputy Minority Leader, Baballe Abubakar Dambam, said they had met and demanded the resignation of the house leaders, adding that their resignation would not affect the running of the assembly as they would be replaced.

They accused the speaker and his deputy of not giving them the right leadership and not protecting their interests.

Baballe claimed that the speaker and other principal officers had not been doing the needful when it came to issues that affected them for sundry reasons.

But the Chairman of the Appropriation Committee of the house, Abdulkadir Umar Dewu, said the “evil plot” would fail.

Dewu said God would not allow the members to perfect their evil plot against the people of the state because they didn’t follow due process.

He added that their action was a violation of the laid down rules and standing order that guided the activities of the house and the Constitution of the Federal Republic of Nigeria (as amended).

He added that it would be difficult for the aggrieved lawmakers to muster the requisite numerical strength constitutionally provided to carry out successfully the planned impeachment.

According to him, “I doubt very much the possibility of mustering the requisite numerical strength. In this case, the 2/3 majority of the assembly members are required to impeach the speaker and other principal officers, and those behind the plot will never get the constitutionally required number to execute their plan.

“The house has a total number of 31 honourable members, nine are in Saudi Arabia, one is in Jerusalem and the 20 of us that are not with them in the holy lands are around and they are claiming they have 22 members with them.

“So it’s surprising, and actually I want to tell the world that people should understand that there is something that maybe they are trying to achieve by making that kind of claim.

“So, as far as I am concerned, the number they are claiming of having is not true and it’s not realistic. So, the issue of 22 members signing an impeachment notice against the speaker and other leaders is not true; let’s be realistic.

“Let them publish their names, I am not with them. Going by our standing rule, before you are impeached as a speaker, you have to inform him of his offense in writing and give him the opportunity to defend himself; which they haven’t.”

On allegations regarding Hajj seats, Dewu said it was a privilege and not a right for government to allocate Hajj seats to members of the assembly or any other citizen.

He said, “If they talk about Hajj, is it a right or a privilege? You have to understand that. It’s not a right; it’s a privilege. Go and check the relevant laws, most especially from the Revenue Mobilisation Allocation and Fiscal Commission (RMAFC). Is there any provision that the state government should give honourable members Hajj seats? Let the people check, there is no any provision like that; it’s just a privilege.”

On his part, the Special Adviser to the Bauchi State Governor on Assembly Matters, Sani Muhammad Burra, said it was an internal crisis which should be resolved by the members of the assembly amicably.

The leadership crisis rocking the Bauchi State House of Assembly took a frightening dimension on Sunday night as hoodlums attempted to burn the assembly’s complex.

The hoodlums stormed the house with weapons, overpowered the security personnel, burnt tyres at the gate and were trying to burn down the edifice when mobile policemen deployed to the place chased them out.

However, the situation became more complicated on Monday when the aggrieved lawmakers escaped death by the whiskers as thugs attacked them at their guest house in Bauchi.

The aggrieved lawmakers, believed to be agitating for a change of leadership of the house, were having a meeting when the hoodlums attacked them. Many were injured, vehicles were destroyed and the windows of the guest house smashed.

One of those injured is Hon Ado Wakili, the member representing Burra in Ningi LGA.

Burra told reporters that “they were over 50 who attacked us and were carrying guns, sticks and matchetes.”

A former speaker of the assembly, Hon Kawuwa Damina, was one of those injured and his car smashed. He said, “They hit me with sticks and even attempted to stab me.”

Guards take to their heels

A security guard in the lodge who pleaded anonymity told Daily Trust that he and his colleagues took to their heels on sighting the armed hoodlums making their way into the lodge because of their large numbers.

He said, “We had to run for our dear lives because we stood no chance against them.”

The Minority Leader of the house, Hon Babale Abubakar Dambam, who led 22 members to pass a vote of no confidence on the speaker was among the lawmakers during the attack.

Dambam said some of them were on their way to the house on Monday morning when information reached them; warning of an impending attack on the complex, hence that they made a U-turn and stayed at the guest house.

He explained that the Special Adviser on State and National Assembly to the Bauchi State Governor, Sani Mohammed Burra, had just left them at the guest house when the hoodlums attacked, saying, “We are suspecting him because he came and saw us and informed them.”

He added that, “One of them held me by the neck and asked if l was still a leader in the house. He said they were ready to kill me. Six members were injured in the process. Some were taken to the hospital, and l pray Allah will ease our situation.”

Dambam further said the matter had been reported to the police and DSS, adding that, “We still maintain our position. We want the speaker and all principal officers, including myself, to follow the path of honour and tender their resignation letters to the clerk of the house or face impeachment.”

In his reaction to the allegations, Burra said he was not involved in the matter because in the morning one of the lawmakers called him and said he wanted to see him at their guest house.

He said they wanted him to tell the governor that the crisis was not against him or his government.

However, there are mixed feelings among the politicians and citizens in the state over the crisis. Many people believe that the move for the impeachment of the speaker and other principal officers may be difficult without the support of the executive arm of government.

An old politician in the state, Alhaji Bashir Bukar Rimin Zayam, said the move had caused controversy and confusion in the politics of the state.

Nasiru Ibrahim Darazo, a young politician, accused members of the parliament of selfishness, alleging that they were fighting for their own interest.