A traditional ruler in Ogun State, the Ebelu of Esure in Ijebu-Imusin, Ijebu-East Local Government Area, Oba Abdulsamad Kasali, has cried out over the erosion… 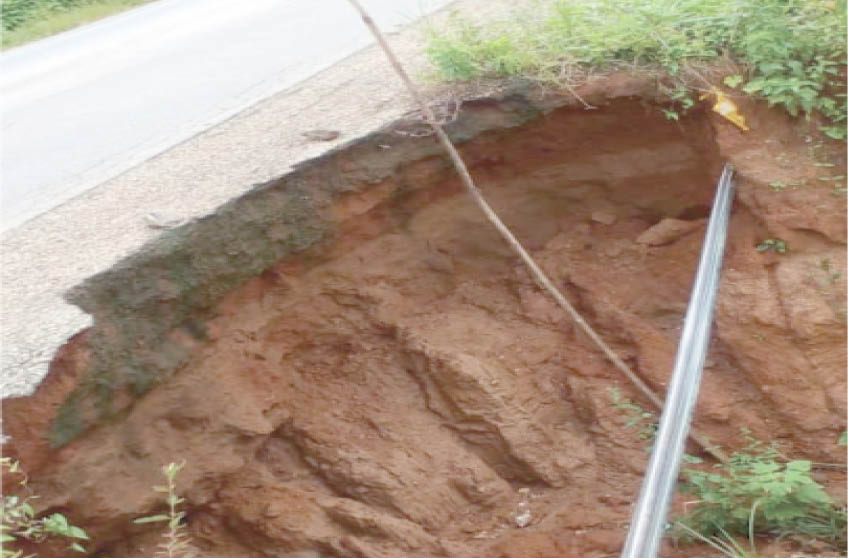 A traditional ruler in Ogun State, the Ebelu of Esure in Ijebu-Imusin, Ijebu-East Local Government Area, Oba Abdulsamad Kasali, has cried out over the erosion menace confronting the community.

He said the community is battling erosion due to the heavy water that comes from about five towns surrounding Esure town.

Oba Kasali, therefore, appealed to the state government to quickly rescue the community and the residents and their farm produce from being swept away by the flooding.

He made the plea during his one-year anniversary on the throne, held in his Esure home town in the state.

The monarch, who lauded the state government for the provision of a road network, however, warned that if urgent steps are not taken, the flooding would also destroy the roads and the community.

He said, “Esure is facing the challenges of erosion because it is sloppy ground, and majorly, all the water coming from Imushin, Odunopa and its environs is channelled toward Esure town.”

In his speech, the chairman of the occasion, Chief Abiodun Onanuga, congratulated Oba Kasali, describing him as God-sent to the people of Esure.

In her goodwill message, the former Deputy Governor of Ogun State, Yetunde Onanuga, implored the people of Esure to join hands and give maximum support to Oba Kasali to succeed in the good things he has embarked on in his one year as their king.