Inside story of Ondo church where 77 people were rescued

On July 1, 2022, the police in Ondo State stormed a church in the Valentino area of Ondo town and rescued 77 people, made up… 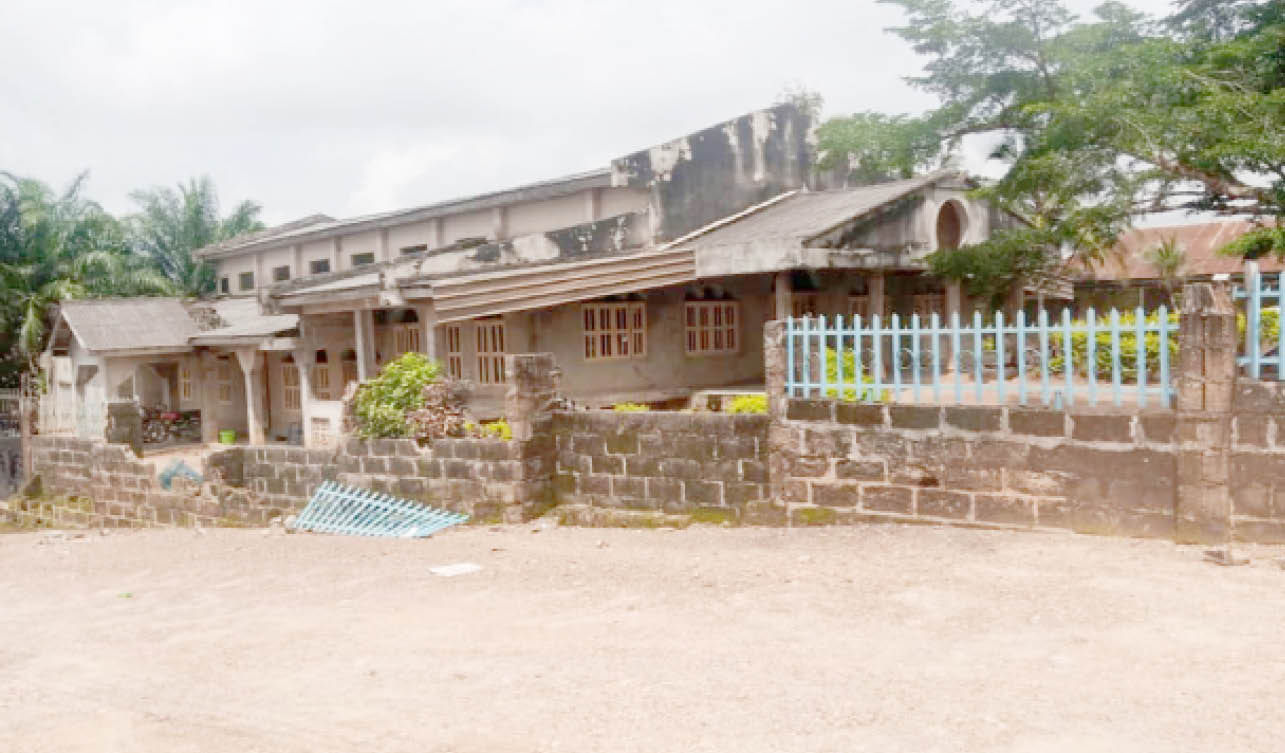 The Ondo church where the incident happened

On July 1, 2022, the police in Ondo State stormed a church in the Valentino area of Ondo town and rescued 77 people, made up of 54 adults and 23 children, from an underground part of the facility.

The Whole Bible Believers Church, where the incident took place, was headed by Pastor David Anifowose and his 45-year-old assistant, Josiah Peter Asumosa.

The people were said to have been told that rapture would take place in April, but they later changed it to September. He told them that they had to be camped in the church until the time of the rapture.

The police, in a statement signed by its public relations officer in the state, Mrs Funmi Odunlami, noted that it was a case of suspected abduction.

According to her, policemen were sent to the church to invite the pastor and his members but they were attacked.

The victims of the suspected abduction were moved to the command’s headquarters in Akure the following day, where parents of the children between the ages of seven and 17 came for them. But the children refused to follow their parents, saying they would rather stay with the police until their pastors are released.

When Daily Trust Saturday visited the church recently, the place was under lock and key as the police had sealed the facility.

One of the former leaders of the church, Mr Bature Lawrence, told our correspondent that it had been in existence since 1982.

He said that when the founder of the church, Evangelist Oluwatobi died, a Ghanaian known as Pastor Ebenezer Ocrean took over, adding, “The teaching was fine. He pastored the church for about 20 years before he went back to Ghana. He was coming over once in a while.”

Lawrence further said it got to a time when Pastor Ocrean stopped coming and chose Pastor Anifowose to head the church. He later died in Ghana.

He said trouble started for the church when Anifowose’s wife started releasing prophecies that were causing trouble.

“When we saw what was going on, we called some pastors from Lagos, Ibadan, Akure and other places to intervene, but Pastor Anifowose refused to attend the meeting, instead he took some of us to court and said he wanted us out. The case is still in court. Before then, I had left the church when I saw what was happening.

“They separated marriages and children from their parents. They were also disturbing the neighborhood as they held vigil every night. The real problem of the church is Peter,” he said.

Lawrence, who is a landlord in the street where the church is located, said they landed in trouble when they prevented some children from writing their exams and kept them from their parents..

“When a mother went to the church to pick her children, she was thrown across the fence. One other woman named Elizabeth, whose child was to write common entrance examination, was also thrown out.

Meanwhile, the Christian Association of Nigeria (CAN) has disowned the pastor.

The president of the association, Dr Samson Ayokunle, said the pastor and his church were not their members.

In a statement by the special assistant, media and communication to the CAN president, Pastor Adebayo Oladeji on Tuesday, it was noted that no true pastor would claim to know the date of rapture because the bible states clearly that it is only God that knows when it would take place.

“The pastor in question and his church are not members of the CAN at all levels, so he is not known to us. But the fact that the facility claims to be a Christian church necessitated that we state our position

“We are, therefore, calling on the police to thoroughly investigate him and his activities, with a view to prosecuting him and his cohorts if there had been any infringement on the law of Nigeria and the rights of members in his custody.

“Whoever claims to know the date of rapture is not only misleading the public but cannot claim to be a genuine servant of God. He is at best, an agent of satan pretending to be a pastor,” the CAN stated.

As at the time of filing this report, while some of the children who were released by the police on Saturday went with their parents home, others refused to do so.

Mrs Kehinde Oluwafẹranmi, a 55-year-old, whose four children were in the church, said they refused to come home even after they were released by the police.

The woman, who was a food seller but now working as a cleaner in a company, alleged that the wife of the pastor had relocated some members of the church.

“Pastor Anifowoe’s wife gathered some people to one of the church elders’ house at Iyana Epe, along Ife Road, Ondo, where they are still worshipping,” she alleged.

Mrs Oluwaferanmi had already dragged the pastor, David Anifowoe to court over the matter.

Another former member of the church, Mr Hamzat Kehinde, who lives close to the premises, said he lost his wife because of the activities of the religious group. He said the church was a good place when the Ghanaian pastor was there as he did not allow prophecy, but things changed after he left.

He also alleged that it was Pastor Anifowose’s wife who prophesied that Peter should be ordained an apostle.

“I left the church but my wife and children refused to leave with me. I even went to report her to the family but she was adamant. About 70 per cent of the members left. That was in the year 2000,” he said.

Kehinde said his wife left him because of the church and it took him a long time before he could win back his two children.

Reacting to the incident when the children were brought to the police command last Saturday, Governor Oluwarotimi Akeredolu said the state government was working out modalities to rehabilitate those that need rehabilitation and might legally take custody of the children

Akeredolu, who also spoke at the police headquarters through his commissioner for women affairs and social development, Adebunmi Osadaun said, “We just interviewed some of the children between 11 and 17 years old and the way they spoke suggested that they have been hypnotised. They spoke with so much confidence that God would soon come (rapture) and they were on a seven-day camping and fasting, and would want to continue.

“What baffles me as a mother is that, from the interview we conducted with them, these children are already hardened. They have been indoctrinated. Some of the parents of the children even told us that they left the church when they started seeing some strange things.

“We also want to know if the pastor partially believes there should be no education because his children are educated. We were made to know that he has two children who have graduated from schools and now equally members of the church.

“The parents also alleged that the children refused to take immunisation; and they confirmed that, saying it was evil.

“We also want to have a data base of the children through family tracing from the ministry so that we can get how they were hypnotised and indoctrinated. And if they need rehabilitation, we would have to go legally.

“The way some of the children are talking shows they should be taken to rehabilitation homes. They are living in a different world entirely. They look so weird.”

When confronted with the allegation that some of the children refused to go home, Mrs Osadahun told Daily Trust Saturday that they had been released to their parents, who should report to the police so that they could take action, while the ministry can also come in.

The father of one of the victims, Michael Olorunyomi, disclosed that his 21-year-old daughter, Priscilla, who had refused to eat since Saturday, had started eating.