Why is insecurity in the North-West getting out of hand by the day? What purpose do joint security operations in the North West serve? Endless,… 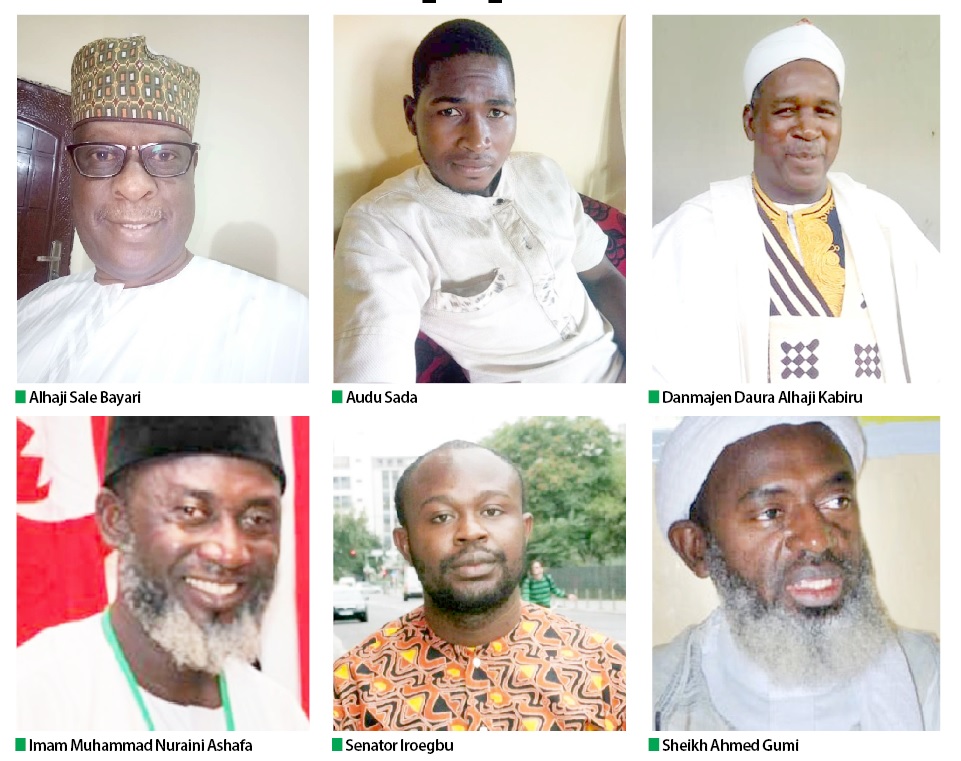 Why is insecurity in the North-West getting out of hand by the day? What purpose do joint security operations in the North West serve? Endless, daily news of banditry, kidnapping and illegal tax collection from innocent villagers raise these questions.

The deteriorating security situation in the North-West clearly points to the decay of Nigerian security system. The inefficiency of these operations and the hardship caused by bandits to the affected communities are obvious.

Why should the citizens who pay for the maintenance of the security agencies again live at the mercy of bandits who inflict unimaginable pains on them? Have the people not executed their part of the contract with government and sometimes going as far as providing security agencies with advance notice of attacks?

Government’s side of the contract is to protect lives and properties, guarantee their own freedom of movement and provide them with social amenities. The 1999 Constitution summarised these as the “security and welfare of the people” which it tagged “the primary purpose of government.’’

Does the government really observe its own part of the agreement? Katsina State Governor Aminu Bello Masari recently said, “I cannot look at the people in the face because we have failed to protect them, contrary to our pledge to ensure the security of lives and property.” All the governors in the zone can say the same thing.

Many concerned Nigerians have advised a multi-pronged approach to tackle insecurity in the North-West. They also shed light on how government can invest strategically in the peace process. Most of them agreed that applying a holistic approach to the problem requires the massive involvement and participation of all stallholders.

According to Sheikh Ahmed Gumi, there should be no negotiation with the bandits. “If you are talking about negotiation with Fulani bandits, I will say no. This is because they are typically unorganised criminals. It is easier to negotiate with insurgents like Boko Haram to cease fire because they are somehow organised. I think the easiest way to end banditry is to train local people.  Train the youth and give them weapons and allow them to fight,’’ Gumi said.

Malam Mu’azu (not real name) is from Dan Sadau village of Zamfara State, a place that suffered regular bandits’ attacks. He believes that bandits can be disarmed through mediation. He said, “There is a need to form a peace committee of non-partisan people trusted by both sides. The committee can be chaired by a traditional ruler. Other members should include Ardo, spiritual leaders, leaders of Fulani socio-cultural groups, top security officials and other well-meaning sons and daughters of the North-West zone,” Mu’azu said.

Audu Sada is a 31-year-old man who lost his father and six siblings during an attack in April 2020 at Gurzar-Kuka village of Dan-Musa Local Government of Katsina State. He shared his experience with Daily Trust on Sunday.

The stories are heart-rending. Some of them cannot be with the gory details, which case, the anguish of the victims.

“When the bandits attacked our village, my father did not run; he stood and fought back in defence of his family. He was killed in the process, with my six siblings,” Sada said.

He proffered solutions to the banditry. “To deal with this challenge, government should stop the sources of arms to the bandits. Government should also engage traditional rulers, especially from the district heads, down to the Ardo. They know the criminals within their communities,” he said.

He told Daily Trust on Sunday that to end banditry and kidnapping, government needs to be fair to all sides. According to him, the Fulani are the worst victims of the current insecurity in Nigeria.

“There are so many things that led to the current situation. Firstly, the lingering farmers and herders’ clashes, then issues of grazing areas, access to water, drug abuse, spread of firearms and that of Burtali. But unfortunately, government did not give them much attention. That is why we are saying there is a need to create a ministry for herdsmen activities. Just the way they created the Ministry of Niger Delta Affairs.

“Herdsmen are suffering in silence. Imagine someone who went to bed rich with over 200 cattle, only to wake up poor the following morning. And if he runs to the police station, they will probably detain him and ask for money to bail himself,” he said.

He said cattle ranching was a good idea that had not been taken seriously. He also wants government to reintroduce Jangali.

“Let other states copy from Adamawa, where they reintroduced Jangali. It gives them an opportunity to know each herdsman living in their locality, including the number of his livestock. That will also make it easier for them to fish out bad eggs living within,” he added.

Senator Iroegbu, a security expert, explained that any effort to bring back peace to the North-West was useful because there was no approach that could solve the challenge entirely.

Iroegbu said, “The mistake is to think that there is a single solution to the issue of banditry and kidnapping in the North-West. So there is a need to apply multiple solution approaches. But the suggestion of having traditional, religious, Fulani socio-cultural leaders led by government is a very solid one because government has all the instruments of power.

“Like Boko Haram, banditry has taken an international dimension because some conflict merchants, ISWAD and other terrorist groups in the Sahel region have hijacked it. That is why it is time to start using drones and other technologies to monitor our porous borders.

“The government also needs to address youth empowerment and climate change. Finally, the engagement of the traditional rulers is very important. This is because they have the local and historical knowledge and the solutions.”

The national chairman of Miyetti Allah Gan Allah, Alhaji Sale Bayari, argued that setting a peace committee may not solve insecurity in the North-West. According to him, some Fulani socio-cultural groups have already compromised.

He further accused them of collecting money from the Katsina State Government to settle bandits who recently kidnapped 334 students from a government school in Kankara.

“If it is true that Miyetti Allah collected money and paid the bandits for the release of those 344 Kankara boys, then there is a problem. Having a direct contact with the bandits has given a bad name to the entire Fulani people in Nigeria. That is also one of the reasons I am doubting any peace process that may involve this kind of people,” Bayari said.

Imam Dr Nuraini Ashafa, co-director of the Interfaith Mediation Centre of the Muslim-Christian Dialogue in Kaduna, explained that mediation could be an alternative way to address insecurity challenge in the North-West.

“Government’s efforts to fight insecurity in the North-West are failing because they have been politicised. Therefore, there is a need to go back to the traditional and religious architecture and build up a solid security plan through mediation. This is what was done in Kenya between the Kalenjins who are herders and the Kikuyus and peace was restored,” he said.

Alhaji Kabir, a holder of the traditional title of Dan-Majen Daura, while speaking to Daily Trust on Sunday on telephone, suggested that a peace committee under the supervision of traditional rulers was the only way out of insecurity in the North-West.

He said, “We are where we are today because the people in power are no longer listening to advice from traditional institutions, which are connected with the grassroots. So, if there should be a peace committee, it should be under the same institutions.”

Mr John Bala Gora, the chairman, Atyap Chiefdom Peace and Security Partnership Committee of Southern Kaduna, is for mediation in resolving ethno-religious conflict. “When we started it here, some people resisted. But after dialogue they began to see the importance of unity.

Government should stop giving excuses for its inability to perform its obligations as enshrined in the constitution. The approaches used in nine years to end this menace were inefficient and ineffective. Since both the government and the affected communities are not satisfied with the efforts so far, it is time to act differently, concertedly to arrest the slide of the North-West into more chaos. According to Aljazeera report, bandits have killed over 8,000 people since 2011 and forced more than 200,000 to flee their homes.