Billiri Local Government Area is a prosperous local government area in Gombe State. Agriculture thrives there and this is apparently because of its fertile soil.… 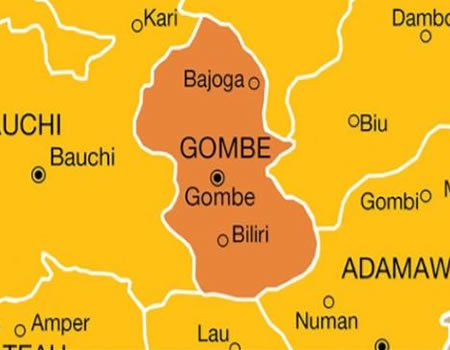 Billiri Local Government Area is a prosperous local government area in Gombe State. Agriculture thrives there and this is apparently because of its fertile soil. But the prosperity of the area and its residents has been threatened by insecurity and land disputes.

People were abducted in Tudu Kwaya, Todi, and Kuran mota axis of Billiri LGA. Residents and community heads are frequently kidnapped and little or no support has been provided to help tackle this issue. Before now, kidnappers usually strike at midnight but now from the recent kidnap cases, criminals are more daring operating in broad daylight.

Half salaries and half measures

Some of the victims of the kidnappings in Billiri LGA are Babawuro Tashan Tsamiya and Andiye Salifawa. Other victims choose to remain unnamed because they were released after the ransom has been paid. But Abdulsalam Kuranmota is still in captivity, with his family in a state of grief. The released victims shared their experience while in captivity and they recount inhuman treatment given to them from the point of abduction to the point of release.

Amongst disturbing issues in Billiri is the problem of farmland disputes among residents and on some occasions with outsiders. This has led to the loss of lives while several people have been injured in the fights that ensued from these disagreements.

Billiri has also experienced the loss of harvested farm produce through theft. Affected commercial farmers have lost the little profit they are supposed to make, while local farmers who farm for their own consumption have lost theirs.

Gombe is said to be the safest state in the North East but this is an illusion set in place to cover the burning issue of insecurity in remote areas of Gombe state. This issue has become so widespread and has been neglected to the extent that one wonders what will become of Gombe if this continues.

Agriculture and security are key aspects in the development of a state because they greatly improve the economic atmosphere of the state. As productivity in agriculture increases, surplus labour and capital is created and diverted to investments in the industrial sector resulting in economic growth. Today, the economic atmosphere in Gombe has become dense. Small and large businesses are barely surviving.

Gombe state needs a key player who will appropriately safeguard the lives and interests of the people, and also understands the short- and long-term effects of insecurity on the state. Gombe is a Jewel which needs to be protected so that it would continue to shine in the savannah.