The Presidential flag-bearer of the Labour Party, Peter Obi, and other dignitaries on Friday night joined other worshippers as Dr Paul Enenche, Senior Pastor, Dunamis… 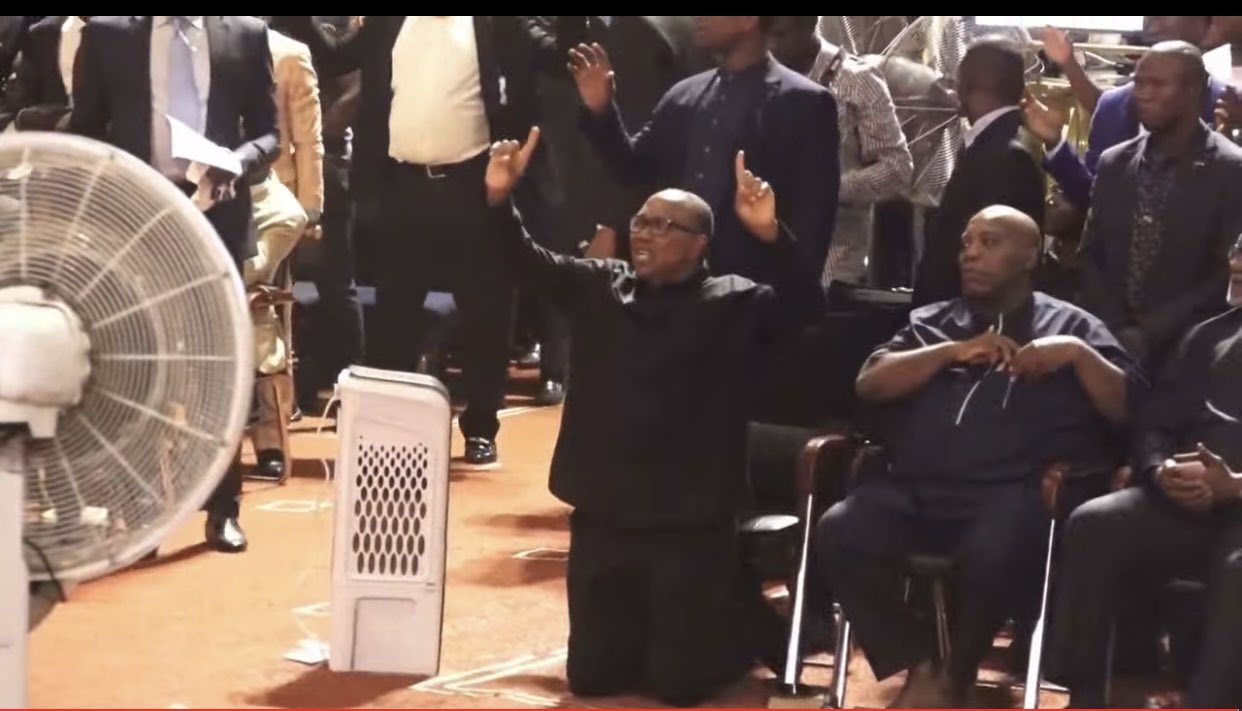 The Presidential flag-bearer of the Labour Party, Peter Obi, and other dignitaries on Friday night joined other worshippers as Dr Paul Enenche, Senior Pastor, Dunamis International Gospel Centre, Abuja led the congregation to pray for peace and security of the country.

Thousands of worshippers had thronged the church for its Mid-Year Praise and Worship Night, to seek the face of God over the state of security and other challenges facing the country.

Notable among personalities at the programme were Gov. Emmanuel Udom of Akwa Ibom and Mrs Edith Okowa, Wife of Delta Governor and Vice Presidential candidate of Peoples Democratic Party (PDP).

Also in attendance were the former Speaker of the House of Representatives, Mr Yakubu Dogara, and South African High Commissioner to Nigeria, Mr Thami Mseleku amongst others.

Enenche, while praying for the nation, said that Nigeria was at war with the forces of hell and prayer was a potent weapon to defeat them.

Reading from the book of Numbers 10:9-10, he prayed for the rebirth of the nation and a new Nigeria and prayed that the nation would not go down.

The pastor urged Christians to continue to pray for the peace of the country.

The News Agency of Nigeria (NAN) reports that the church auditorium known as ‘Glory Sanctuary’, over 100,000 capacity, was filled to the brim.

The church programme, which is a special praise and worship night tagged, “Judgmental Praise” drew gospel music ministers from across Nigeria and beyond.

Enenche and his family also ministered in songs as well as the Lord’s Trumpeter.

The major highlight of the programme was an intermittent prayer for the nation and praise and worship to God.

Security checks
NAN observed that the church maintained a security system that carried out thorough checks on both vehicles and pedestrians entering the premises.

There were layers of security checks from the gate while the main entrance of the auditorium have two baggage scanners where all bags were screened.

Some worshippers who spoke with NAN alluded to their decision to come for the night event to their belief that God is the ultimate protector of man.

A worshipper, Mr Mike Johnson, said he did not expect people to turn out for the church programme because of the fear of insecurity in FCT in recent times.

He said he refused to give in to fear and believed that no evil could triumph in the presence of God.

”Yes there is tension in the city and many people are afraid but the children of God should not be afraid of evil because fear is the greatest enemy of man,” he said.

Another congregant, Mrs Comfort Onjeh, said that she never at any point entertained such fear of insecurity while planning to attend the programme.

Onjeh urged Christians to pray more instead of being afraid of what the enemies of the country were doing.

She urged the government and the security agencies to do their best in addressing the situation so that citizens could feel safe and move freely. (NAN)