The Independent National Electoral Commission (INEC) says it will resume the continuous voter registration in the first quarter of next year. The commission’s chairman, Prof… 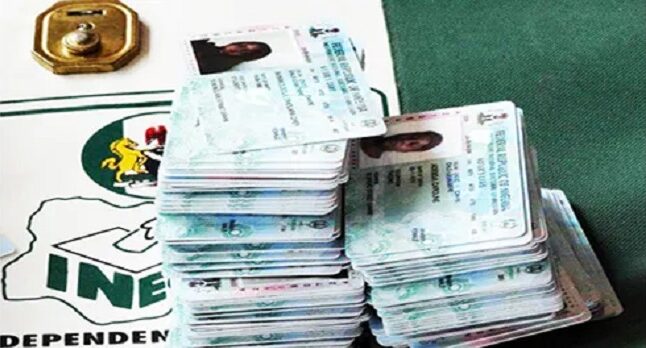 The Independent National Electoral Commission (INEC) says it will resume the continuous voter registration in the first quarter of next year.

The commission’s chairman, Prof Mahmood Yakubu, disclosed this on Wednesday in an interview with journalists after he appeared before the Senate Committee on INEC to defend the commission’s 2021 budget.

He said the voter registration would last up to six months before the 2023 general elections.

“The commission intends to resume voter registration in the first quarter of 2021. And once we resume, it will be continuous for one and a half years, at least until six months to the next general elections.

“In other words, the commission is not going to resume voter registration for a week, two weeks or a month but we are working out the details,” Yakubu said.

He also disclosed that the commission is currently involved in about 1700 pre-election and post-election court cases from the 2019 general elections.

He, however, said the commission was not paying “fantastic” legal fees, but “applying Federal Ministry of Justice scale of fees.”

“For instance, if we have a case for governorship election before the Supreme Court, it’s a maximum of N4.5m, but because of the number of cases, we are almost getting close to 1700 pre-election and post-election cases in 2019 alone.

“Every day you hear people going to court and joining INEC, but we will continue to do what we can within available resources,” he added.

Earlier during the budget defence, Yakubu told the lawmakers that the commission planned to withdraw N5.2bn from its N10bn INEC Fund to augment its 2020 budget.

On diaspora voting, he said the commission was desirous of giving Nigerians living abroad the right to vote, but it required the amendment to the constitution and the Electoral Act for that to happen.

Meanwhile, Prof Yakubu has hinted that INEC may deploy electronic voting system for next year’s governorship election in Anambra State.

Speaking at the House of Representatives, he said although the decision has not been reached, about 40 companies have demonstrated their capabilities in the field of e-voting which may be utilised in future elections.

“They have demonstrated. The next stage is for the commission to decide. So, it’s too early to tell you the cost or when the process will be concluded.

Also speaking, chairman of the committee, Rep. Aishatu Dukku, said they would do anything within the law to help INEC deliver its mandate.

Similarly, the elected youths in the National Assembly under the Young Parliamentarians Forum (YPF) have called for the deployment of more technology in the nation’s electoral processes.

They made the call in the communique of the YPF National Strategy Meeting and Retreat, held over the weekend in Abuja and signed by Hon. Kabir Ibrahim Tukura, chairman, and Hon. Simon Karu Elisha, secretary of the forum respectively.

According to them, the forum will support constitutional amendments to promote the devolution of powers, national integration, socio-economic justice, and political inclusion of youth, women and persons with disabilities concerning appointive and elective offices.