Following a meeting with representatives of the various political parties on May 27, 2022, the Independent National Electoral Commission (INEC) decided to extend the June… 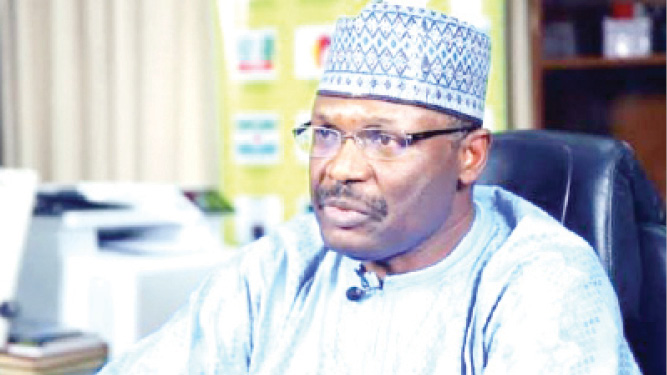 Following a meeting with representatives of the various political parties on May 27, 2022, the Independent National Electoral Commission (INEC) decided to extend the June 3 deadline for the conduct of party primaries by one week to June 9, 2022.

This decision was conveyed in a statement by Festus Okoye, National Commissioner and Chairman, Voter Education Committee of the electoral body.

Osinbajo to APC Delegates: You cannot wish the country well and vote for someone you don’t believe in

In the statement, INEC stated that at the meeting with the parties, they “requested the commission to review the timelines for political party primaries provided in the Timetable and Schedule of Activities for the conduct of the 2023 election released on February 26, 2022’.’

The statement further said the political parties had earlier requested for 37 to 60 days extension of the timelines for primaries and the nomination of candidates which was not granted because it would disrupt other scheduled activities on the timetable.

According to the INEC statement, “Based on the Timetable and Schedule of Activities”, the parties urged INEC to allow the extension to enable them to use the six-day period between the 4th and 9th of June, 2022 to conclude outstanding primaries and prepare to upload the list of candidates and their affidavits on the INEC candidates’ nomination portal.

And since INEC did not schedule any specific activity within the period, the request was granted. This is according to INEC’s Festus Okoye.

As expected, the move generated mixed feelings among Nigerians.

Although INEC had tried to justify the action based on the expediency of allowing the parties to tidy up their primary election processes which had become mired in one issue or the other, this development certainly does not augur well for the electoral process leading up to the 2023 elections.

Coming on the eve of the scheduled presidential convention of the opposition Peoples’ Democratic Party (PDP) primaries, the announcement was viewed by some sections of the country with suspicion as a ploy by INEC to give the ruling All Progressives Congress (APC) the opportunity to delay its presidential primaries until the PDP was done. Those in this category noted that both the APC and PDP had engaged in a tit for tat postponement of their primaries so as not to give each other the advantage of knowing how and who will emerge as the presidential standard bearer. The Transition Monitoring Group (TMG) said it was disheartening that the action was taken at a time when Nigerians were beginning to have confidence in the electoral umpire.

The Chairman of the group, Auwal Musa Rafsanjani, in a statement, said  some powerful forces were “trying to undermine and pressurise it (INEC) into doing their biddings.”

“A lot of political parties have made efforts in conducting their primaries, and if the ruling party is still uncertain about the day to conduct its presidential primary election, that shouldn’t be the basis for the extension,” the TMG chair said.  By this action, INEC does not convey the sense of statutory neutrality which the political parties and the Nigerian public expect of it, especially in the coming weeks and months of the electioneering period.

We recall that INEC had rolled out its timetable for the elections over two months ago giving the parties ample time to prepare for their primaries and resolve matters arising thereof. It is worthy of note also that the same INEC had earlier declined calls for extension, saying such would affect the entire timetable. It is, therefore, curious that the same INEC bowed to pressure and extended the deadline for the primaries.  Going by the timetable, the parties ought to have since concluded their internal arrangements regarding party electoral matters leaving INEC to do its own due diligence which is very complex and time-consuming.

Against this background, the decision by INEC is rightly seen as further encouraging the observed tardiness in some of the political parties regarding their preparations for the coming elections.

Our concern and that of Nigerians generally is that INEC is opening itself to manipulation by political actors, which may jeopardise the smooth conduct of the elections. Should INEC make it a habit of deviating from its timetable and strict guidelines on the 2023 elections to satisfy the contrived exigencies of the political parties, there will be no end to extensions. Going by our experiences, desperate political actors and parties will in future likely seize upon the lack of strict adherence to INEC’s guidelines to also demand extensions citing this action.

Accordingly, we call on INEC to be firm and carry its stakeholders in all its activities. The electoral body must also be strict in enforcing its guidelines to avoid tangling itself with internal party issues. If Nigerians are allowed to run away with the impression that INEC is beholden to any of the political parties, it risks losing the credibility and confidence that Nigerians repose in the electoral body.

As a lot of expectations are riding on the INEC to conduct free and fair elections in 2023, the body cannot afford to fail Nigerians on this score.