Islamic leaders, organisations and parents in India are worried over the future of female Muslim students’ education following a high court’s verdict on hijab. The… 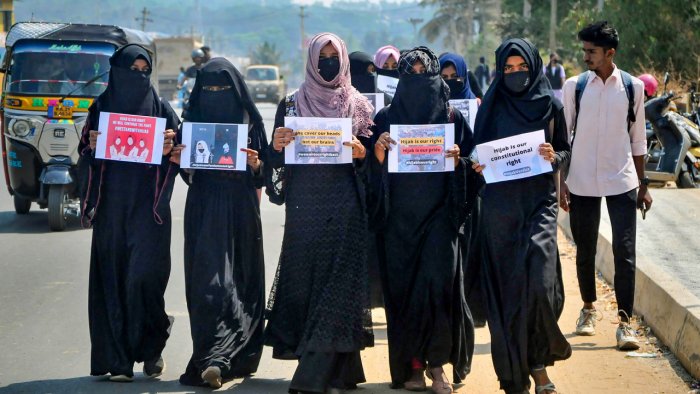 Islamic leaders, organisations and parents in India are worried over the future of female Muslim students’ education following a high court’s verdict on hijab.

The court, sitting in India’s southwestern state of Karnataka, on Tuesday, rejected the submissions of Muslim girl students for being allowed to wear hijab in classes. The court also upheld the ban on hijab in educational institutions in the state.

Muslim students boycotted classes in the city on Wednesday in protest against the judgement and stated that it is against the principles of the Indian constitution.

Several Islamic scholars in the country disagreed with the court’s decision not to recognise the wearing of hijab as an essential part of Islam.

They said the court’s judgement would have a negative impact on the education of Muslim women and lead to the denial of their autonomy and dignity.

A delegation of Muslim women representing several organisations on Wednesday said the government’s actions have left students in a situation where they are being forced to choose between education and belief.

“This is part of the campaign to target the Muslim identity in public spaces and continue attack on minorities,” they said at a press conference in Bengaluru, Karnataka state’s capital.

They further pointed out that the judgment upheld the government order even after the state government admitted that the order has not been framed properly.

Also, Idrees Hoode, an Islamic leader, said several girls from poor and middle-class families would be severely affected as they will be unable to attend classes with hijab now, a practice they followed prior to the verdict.

Moulana Imranulla Khan Mansuri, Imam of Jamia Masjid in Malpe, said the judgment of the court has not only deprived the children of their religious right, but also their right to continue their education. (Deccan Herald, Press Trust of India)