President Muhammadu Buhari, on Saturday, celebrated Nigeria’s 62nd Independence Day Anniversary at the Eagle Square, Abuja. The celebration was marked with all sorts of activities,… 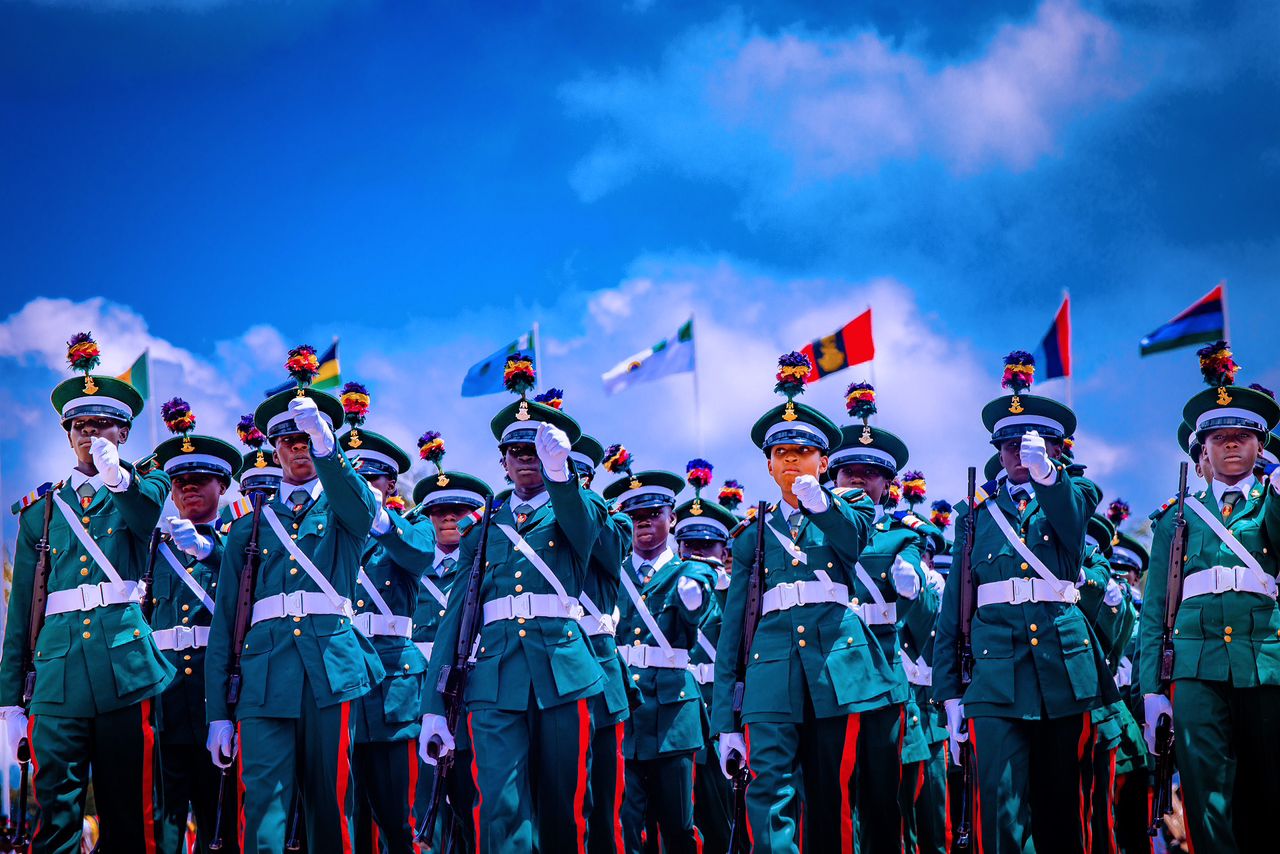 The celebration was marked with all sorts of activities, including military drills and artistic performances.
Other dignitaries who attended the occasion include Vice President Yemi Osinbajo; former President Goodluck Jonathan; President of the Senate, Dr Ahmed Lawan; and Speaker of the House of Representatives, Hon Femi Gbajabiamila.

Others are the Chief Justice of Nigeria, Justice Olukayode Ariwoola; Secretary to the Government of the Federation (SGF), Mr Boss Mustapha; Head of the Civil Service of the Federation, Dr Folasade Yemi-Esan; ministers; the service chiefs and other heads of security and intelligence agencies; members of the National Assembly; and members of the diplomatic corps.

As soon as the President arrived at Eagle Square, the ceremony kicked off with the National Anthem.
He, then, inspected the guards on parade, before proceeding to the VIP box to observe the parade processions.

The major highlights of the celebration included parades and march past by the military forces, some paramilitary outfits, cadets of the Nigeria Military School (NMS), members of the National Youth Service Corps (NYSC) and others.

The Nigerian Air Force did a couple of flying displays with some of the aircraft recently procured for the various anti-terrorism fight, as well as minutes of cultural displays by the cultural troupe.
The ceremony ended with the signing of the anniversary register by President Buhari, three hearty cheers by the parade and the firing of 21 artillery volleys for the national salute, the National Anthem and the march off of the parade.

The President had earlier addressed Nigerians on the occasion of the independence anniversary where he scored the performance of the ruling All Progressives Congress (APC) administration high.
Buhari had said the need to sustain the gains made so far strengthened his resolve to bequeath a sustainable democratic culture which will remain lasting.

The President said he shared in the pains Nigerians were going through while commending their resilience in the face of challenges.

He also commended Nigerians for giving him the opportunity to lead the country both in 2015 and 2019, adding that he had delivered on most of the promises he made to the people in the last seven years.