Inauguration and challenge of insecurity

On Wednesday, President Buhari has his inauguration for the second term in office. The period leading to the 2019 elections and thereafter have been marked… 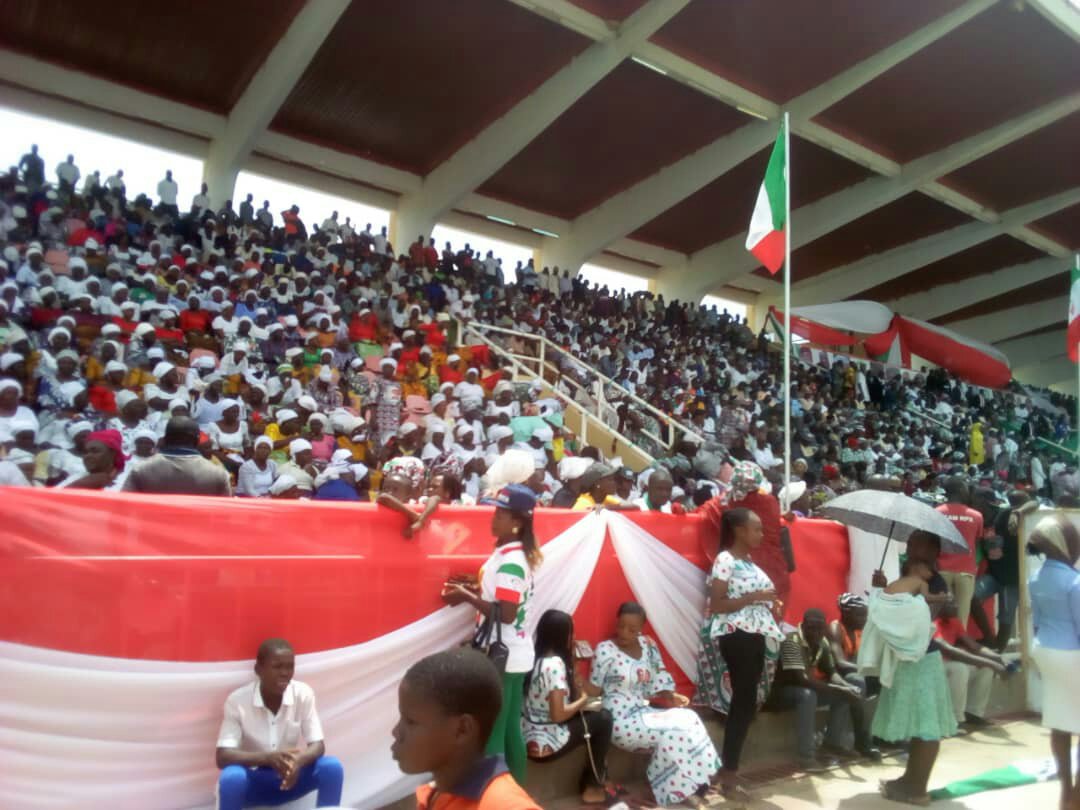 On Wednesday, President Buhari has his inauguration for the second term in office. The period leading to the 2019 elections and thereafter have been marked by an incredible spike of insecurity and Nigerians were eagerly waiting for his inaugural speech to get an insight on how he would tackle the crisis. There was no speech and it has been suggested he would speak to us on June 12th, the newly designated “Democracy Day”. This is unfortunate as there is a symbolism around the commitments leaders make on the day they are inaugurated into office and the President has lost the chance for an early articulation of how he intends to address the numerous problems facing the country. We will await his address in June.

I think Nigerians are keen in listening to the President because the insecurity in the country has not only widened but has also taken a clear class dimension. The explosion of armed robbery, mass kidnapping and petty crimes all over the country is a statement from the masses that they are fed up with a country in which national resources are being fought for openly and shared by different factions of the elite and no one is doing anything for the masses. The spike in insecurity is therefore a statement that if the elite are engaged in self-help, the masses too would follow them and play the game. It is in this context that the circulation of small arms and light weapons has escalated as the youth in particular decide to adopt the slogan of one of the political parties of the Second Republic – “You Chop, I Chop”

The problem is that as the masses join the fray, the great majority of the victims are also from the poorest category of Nigerians. Poor peasant farmers and pastoralists are being attacked, killed or kidnapped for small amounts of money. From the kidnapping of a high value European or American victim in the Niger Delta that was producing millions of dollars, we are today witnessing “petty” kidnapping thousands of poor Nigerians for a few thousand Naira. By petty, I do not mean any kidnapping is of small consequence to the victim, it is trauma at the highest level.

Yesterday, the UNHCR spokesperson Babar Baloch said in Geneva that the recent spike in violence in north-western parts of Nigeria has forced an estimated 20,000 people to seek safety and security in Niger since April. People are fleeing due to multiple reasons, including clashes between farmers and herders, reprisal attacks by different vigilante groups as well as kidnappings for ransom in Zamfara, Kaduna and Katsina States. The UNCHR report says the people running away from this new theatre of war in Nigeria, and arriving in Niger’s Maradi Region, are speaking of witnessing extreme violence unleashed against civilians, including machete attacks, kidnappings and sexual violence. The majority of the new arrivals are women and children. The ongoing Boko Haram insurgency has already spilled over into Niger, where it has seriously affected its Diffa region since 2015. The region currently hosts almost 250,000 displaced people – including refugees from Nigeria and locals being displaced inside their own country. When Niger becomes the place of refuge for our citizens we need to ask ourselves some tough questions.

On Monday, the Ministry of Interior with the United States Institute of Peace and the Centre for Democracy and Development held a roundtable on the imperative of transition from military to civilian-led governance in the Northeast and the Lake Chad Basin. The purpose was to reflect on adequate response to current trends in which violence is spreading and the behaviour of the Nigerian State is to deploy the military to more areas to checkmate the violence. The riposte of the people is to precure more arms to fight the military and above all to kill their neighbours. The society is getting completely militarized with three groups – insurgents, the military and armed vigilantes slugging it out and widening the land area that have become ungoverned spaces.

We considered the problem that Nigeria’s development has been hindered since the 1990s by an array of violent conflicts that have escalated in intensity over the years. They range from the long-running militant movement in the Niger Delta over international oil extraction to the explosive Boko Haram insurgency in the northeast. Other conflicts include the Igbo secessionist movements, clashes between authorities and the Shiite Islamic Movement in Nigeria, and confrontations between farmers and herders. Growing criminality and cattle rustling compounds the violence, and kidnapping for ransom has become widespread. Many of the conflicts involve threats of direct armed confrontation with the State. Clearly, these multiple, simultaneous rashes of violence pose a direct challenge to political order in Nigeria. The humanitarian crisis that is resulting from the conflict in Africa’s most populous country already spilling across West Africa and the continent. With our 200 inhabitants, we could become the greatest problem for ourselves and the world.

The Boko Haram insurgency, in particular, cuts across the borders of Nigeria to Niger, Cameroon, and Chad, creating a regional conflict in the Lake Chad Basin that has confounded these neighbours with the complications of collaborating among different governments and other players involved. All four countries also face a range of challenges to their democratic order and state legitimacy, and powerful local business groups frequently shift their alliances between the state and the insurgents based on who they think can best protect trade and provide stability. Boko Haram’s affiliation with the self-styled “Islamic State” extremist movement adds the dimensions of international terrorism and connections with violence in other countries of West Africa.

The key challenge facing the country is that when the military is deployed to combat armed violence and carries out its operations, it withdraws and the violent groups simply return to continue where they were before the interruption. There are no police operatives to deploy to hold the ground as half the police personal in the country have been deployed on VIP guard duty. As insecurity spreads, the elite are making more demands for armed police protection and the number available to provide public protection for the people is declining further. The reality of our borders is that there is free movement for armed groups who can relocate to await deployed troops to finish their operations and go. The troops cannot remain because they are themselves overstretched.

Increasingly, both communities and State governments are taking the option of arming vigilante groups sometimes known as Civilian Joint Task Force. It’s a desperate move which reflects the exigencies of the moment. It however has serious risks in this era of self-help where they can turn their weapons from insurgents and criminals to the local civilian population. In the North West zone, armed criminal elements are talking of extending their activities to more States. In the last security meeting the President held with his service chiefs, it was announced that only God can help stem the free flow of weapons in the country. No Mr. President. We believe in God’s power but you are the one we elected to solve our problems. Please talk to us about how you will do it as you begin your second term in office.