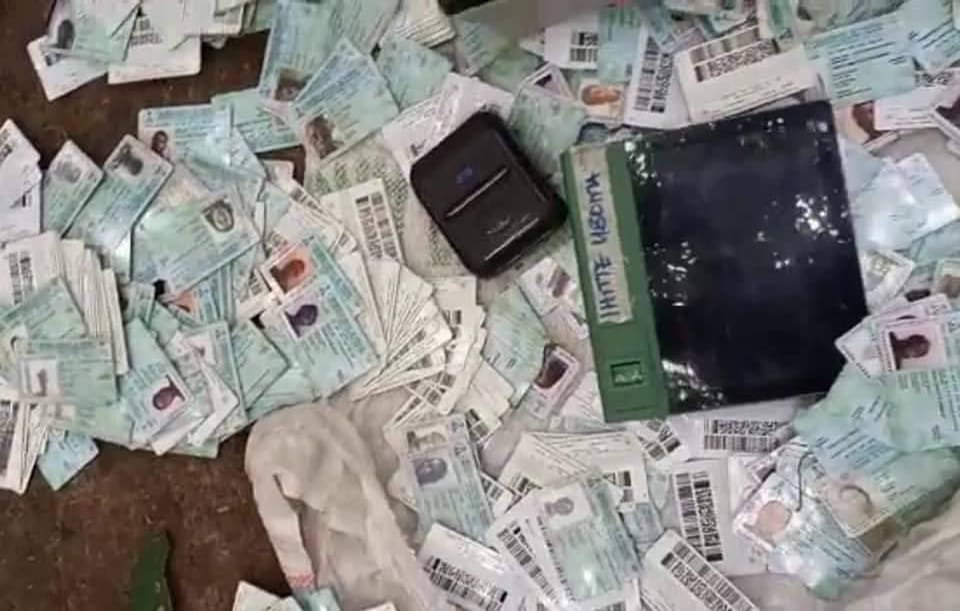 The Independent National Electoral Commission has suspended the continuous voter registration (CVR) in all the 54 additional centres created to facilitate the registration of voters across Imo State.

The decision came barely about 15 hours after a similar action in Ihitte Uboma LGA following a report by its Resident Electoral Commissioner, Prof. Emeka Ezeonu on the killing of an INEC staff, Anthony Nwokorie involved in the CVR by gunmen.

INEC National Commissioner and chairman, Information and Voter Education Committee, Festus Okoye, made the latest announcement on Friday in a statement in Abuja.

“Further to the unfortunate incident in Imo State in which our staff was killed by gunmen in Ihitte Uboma Local Government Area yesterday (Thursday), the commission has decided to suspend the ongoing Continuous Voter Registration exercise in all the 54 additional centres created to facilitate the registration of voters across the state.

“The exercise will now be confined to our state and local government area offices except in Orsu, Njaba and Ihitte Uboma where it is suspended indefinitely.

“This decision follows a further report from the Resident Electoral Commissioner, Prof. Francis Ezeonu, of threats to our staff involved in the exercise in Ehime Mbano Local Government Area,” Okoye said.

He said earlier, the commission had restricted the exercise to its offices in Oru East, Oru West, Orlu and Ohaji-Egbema Local Government Areas.

Meanwhile, the commission disclosed that it has now established contact with two of its staff missing after (Thursday’s) attack in Ihitte Uboma.

“They are safe and will soon be reunited with their families. The safety of staff remains a primary concern to the commission. We will continue to ensure that no staff is put in harm’s way while working with the security agencies and community leaders to protect them and facilitate their work,” Okoye said.