One of the suspended members of the Ogun State House of Assembly, Solomon Osho has tendered an apology. Osho representing Remo North was suspended recently… 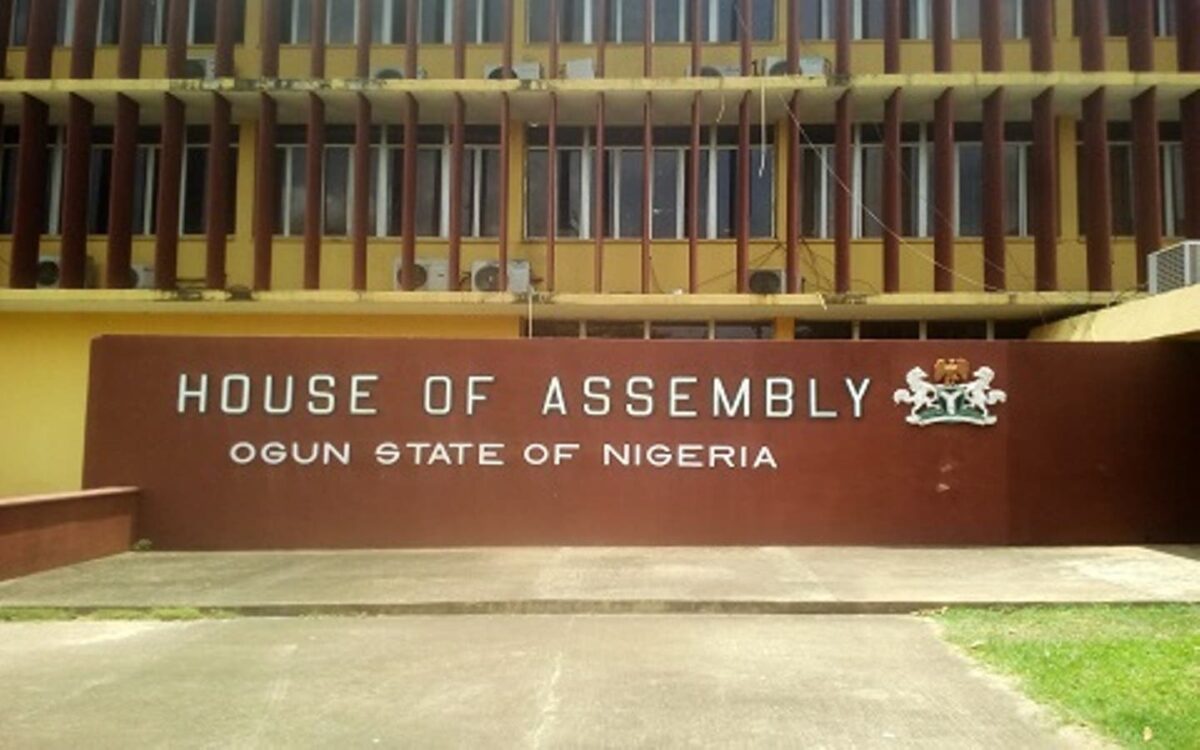 One of the suspended members of the Ogun State House of Assembly, Solomon Osho has tendered an apology.

Osho representing Remo North was suspended recently alongside the former Deputy Speaker of the Assembly, Dare Kadiri, over a “breach of the Assembly’s rights and privileges.”

Kadiri had written a petition which led to the ongoing trial of the Speaker, Olakunle Oluomo, by the EFCC over alleged N2.5bllion fraud.

At the plenary on September 13, Oluomo announced the suspension of the two lawmakers.

However, on Tuesday, Osho wrote the assembly and tendered an apology. The apology was contained in a correspondence dated 26th September 2022 and addressed to the Speaker.

It reads, ” I hereby humbly apologise for whatever I might have done to warrant the suspension, as it was never intentional and without prejudice to the rights and privileges of the Hallowed House.

“Furthermore, I passionately appeal for reconsideration of my suspension, as my conduct has always been with decorum and respect for constituted authority. This, I hope and pledge to keep sacred till the end of my tenure as a worthy representative of my people.

“Thank you, Mr Speaker and the House in anticipation of a favourable reconsideration, and understanding.”

Responding, the Speaker charged the correspondence to the Committee of the Whole House for further legislative actions.

Meanwhile, the assembly confirmed Governor Dapo Abiodun’s nominee for the post of the State Auditor General, Mr Lateef Balogun, urging the Governor to go ahead and appoint him as the new Auditor General for the State.

The confirmation followed the presentation of the report of the Committee of the Whole House, chaired by Speaker Olakunle Oluomo as presented by his Deputy, Akeem Balogun, who also moved for its adoption, seconded by Hon. Bolanle Ajayi and supported by the Whole House.