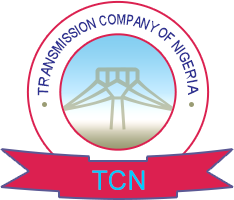 Some concerned staff of Transmission Company of Nigeria (TCN) have petitioned the federal government through the Federal Ministry of Power over an alleged illegal creation of a new department in the agency.

The staff accused the General Manager, Project Coordination of the TCN, Engineer Joseph Ciroma Almajiri, and one other director of seeking to create the office of the Executive Director Project outside the existing statutory directorates.

In juxtaposing rural banditry and drug fusion in contemporary Nigeria

The move (creating the new office), according to the staff, would be unethical and grossly infringe on the Electricity Power Sector Reform Act (ESPR Act), 2005.

The staff, through their consultant, Abba S. Abba, said: “We are calling on the honourable minister to, as a matter of urgency, intervene to stop this illegal move because if left to materialize, it will send a wrong signal to the electric power sector that anyone can buy his way to get any position even if it will violate the ESPR Act, 2005, and the federal character principle including natural justice.”

When contacted, the spokesperson of TCN Ndidi Mbah was not available for comments. However, a source confirmed the petition, saying the minister was resolving the internal dispute.

“It is not something that will escalate because even TCN will be split and there will be two companies coming out of it in the long run. So, in an organisation, expansion is bound to occur.”