Sanusi: I have no regrets over my removal as Emir of Kano

Alhaji Muhammadu Sanusi, former Emir of Kano, says he will continue to speak and air his views to defend and rebuild Nigeria. Sanusi, who is… 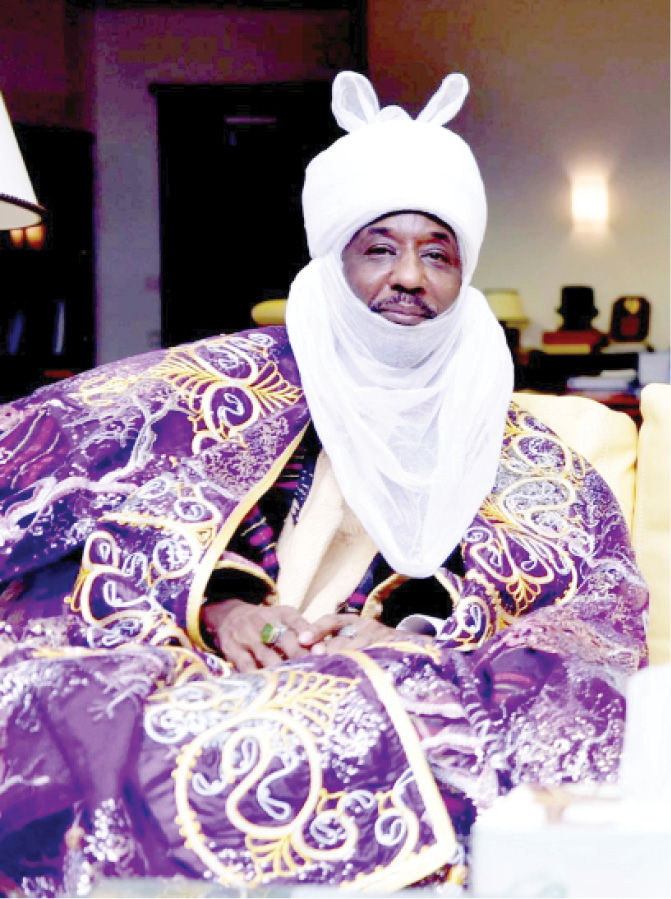 Alhaji Muhammadu Sanusi, former Emir of Kano, says he will continue to speak and air his views to defend and rebuild Nigeria.

Sanusi, who is also the current Khalifah, Tijaniyat Movement of Nigeria, said this in Abuja on Saturday at a stage play titled “Emir Sanusi: Truth in Time.’’

The play was written by a professor of Drama at the Redeemer University, Ahmed Yerima, and produced by the Executive Chairman, Duke of Somolu Productions, Mr Joseph Edgar.

The 14th Emir said he had what it took to contribute to nation-building because of his long history of service to the country.

He said he served as the Chief Risk Officer at the United Bank for Africa, and at First Bank, and also as the Governor of the Central Bank of Nigeria; as Emir of Kano for six years and Khalifah, Tijaniyat Movement of Nigeria.

Sanusi said that he would be ungrateful to God if he expressed regret or sadness over his removal as emir in spite of positions he occupied in life.

“I was Governor of Central Bank, Emir of Kano and now Khalifah, Tijaniyat Movement of Nigeria. If I have sadness, then I’m ungrateful. How many people have had the opportunity to be just one of those things?’’ he said.

According to him, these traditional rulers gave their bits to serve this country.

“We have a long history of service to this country. My father, as the first Director-General of the Nigeria Intelligence Agency, set up the agency in 1960, the record is there to see. My parents, grandparents and great grandparents gave their lives to build this country.

“We will continue to devote energy to build this country. It doesn’t belong to anyone; it belongs to all of us,’’ he said.

He said if he had a choice between sacrificing his principles and holding on to position, he would give up the position.

“History is always the best judge. The things that I said would happen, that caused me so much trouble, have happened.

In his remarks, the playwright, Yerima said what motivated him to write the play was when Lamido was appointed as Emir, he prayed: “O Allah, let me die on the throne.’’

“Also, they lived and live in a society. So, we want viewers to see the society’s attitudes towards their service to humanity,’’ he said.

The producer of the play, Edgar said it was the 14th edition produced by Duke of Somolu Productions.

“With a budget over N40 million, this production is truly historical,’’ he said.

Edgar thanked the more than 35 sponsors of the play who took over 50 per cent of the budget for their support.