Ignorance, inadequate food production, food restrictions and taboos have been identified as some of the underlying causes of malnutrition in Nigeria, Dr Salma Anas Ibrahim,… 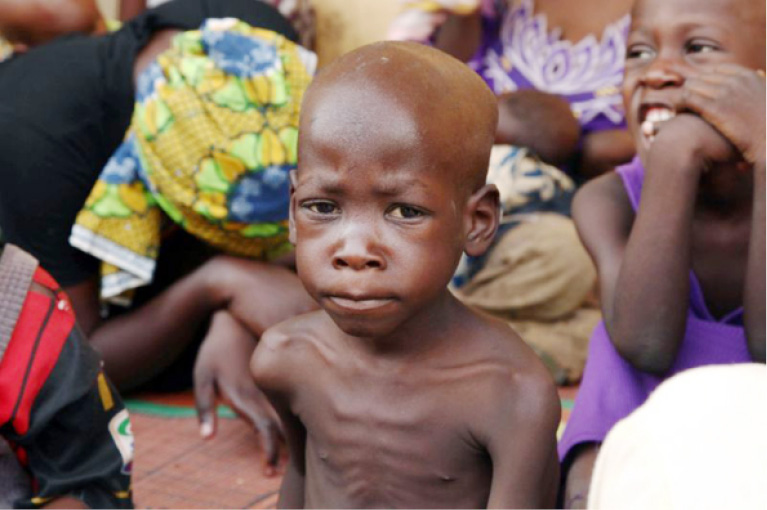 Ignorance, inadequate food production, food restrictions and taboos have been identified as some of the underlying causes of malnutrition in Nigeria, Dr Salma Anas Ibrahim, Director of Family Health at the Federal Ministry of Health, has said.

She stated this yesterday in Abuja during a media parley on the European Union- Agents for Citizen Driven Transformation (EU-ACT) project organised by the International Society of Media in Public Health (ISMPH).

‘Optimal nutrition can be acheived with local foods’

She revealed that Nigeria ranked number one in Africa and number two in the world in terms of the number of malnourished children, adding that malnutrition in all its forms affected the social, economic and human capital development of a nation.

She said, “It has long-term effects on cognitive development, educational performance and economic productivity in adulthood and maternal productivity. Malnutrition also weakens the immune system. It increases the risk of infectious diseases, including diarrhoea and pneumonia, resulting in increased cases of fatality and mortality.”

She further said that intervention to address malnutrition must be multidimensional and required frequent engagement with the media to create awareness, emphasise the importance of nutrition education as a means of preventing malnutrition, as well as sensitise the populace on other key interventions to address child malnutrition.

The Executive Director of ISMPH, Moji Makanjuola, said that poor malnutrition indices were worrisome considering that children below four made up about eight to 8.2 per cent of the national population.

She said ISMPH had undertaken to work specifically to combat the epidemic in Northern Nigeria.

She explained that, “Through our latest intervention, ISMPH has observed that malnutrition is spurred by poverty, cultural myths about childcare and deficiency in knowledge about healthy food mix by poor and vulnerable mothers. This is why we are excited to implement a project which directly responds to these drivers of SAM through the strategic economic empowerment of mothers of vulnerable children.”

While noting that the electioneering period offered a rare opportunity for the media to demand accountability from current policymakers and political aspirants, she said, “We should be able to make those seeking political office make a concrete commitment towards increasing investment on child health to cover child nutrition.

“We ask for increased reportage on the project’s interventions and on the roles and responsibilities of duty bearers to improve/implement policies on child nutrition.”

A paediatrician and public health expert, Dr Nihinlola Mabogunje, called for the creation of breastfeeding spaces in private and public working places to encourage the practice among women.

She also said there was the need for sensitisation of the populace on malnutrition, and that government should provide community care for children, particularly those under the age of five.

The Programme Officer of ISMPH, Bukola Smith, said the project had been implemented in two council areas (Bwari and Kwali) of the FCT targeting mothers from low-income households in vulnerable communities, uneducated/unemployed/single rural dwelling mothers and others living with disability and struggling to provide care for their children.