The chairman of the Independent Corrupt Practices and Other Related Offences Commission (ICPC), Professor Bolaji Owasanoye, has said the anti-graft agency restrained the release of… 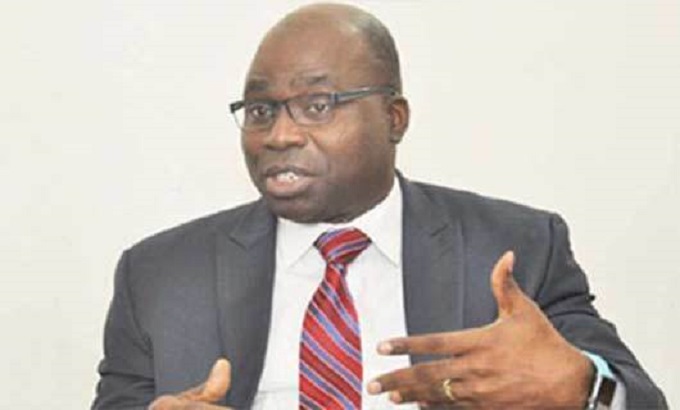 The Chairman of the Independent Corrupt Practices and Other Related Offences Commission (ICPC), Prof Bolaji Owasanoye

The chairman of the Independent Corrupt Practices and Other Related Offences Commission (ICPC), Professor Bolaji Owasanoye, has said the anti-graft agency restrained the release of over N12 billion padded into the personnel cost of some ministries and agencies.

He made this known on Thursday during a press briefing on the outcome of the first phase of the Commission’s Constituency Tracking Project exercise.

He, however, did not tell which ministries or agencies the discoveries were made.

He said as part of its prevention mandate, the commission embarks on  System Study by going  into ministries, agencies, and departments of government,  including anybody, using public funds, to look at how the funds have been utilized.

He said, “About a month and a half ago, we restrained N9.2 billion from going out; when you look at the budget, and what has been appropriated, and how it is to be used, I can tell you authoritatively that there is still budget padding.”

“As at this moment, we have had an additional N3 billion and hopefully, by the time we finish, we would have saved the government in personnel cost only,” he added.

He explained that the practice is due to weak oversight on the ministries and agencies for which the ICPC is putting such oversight in place by checking their personnel vote that is not exhausted.

He noted that in some instances, “they have collected more than they need to pay salaries, it’s very simple logic, and we restrained the money and invited the agencies to attest to what we found…they did not dispute it.”

“We simply communicated with the ministry of finance and said we would have stopped this money, but it’s on the e-government platform, can you take this money away, and that was done,” he explained.

He said, “Basically, the way it happens is that the agency will request that appropriation saying they have one hundred staff and the salary for one hundred staff is one billion and the government prioritizes wages, but in the payment you would find out they have paid everybody and there is money left.”

“So why did they ask for N1 billion in the first place, the other people did not exist, they are ghosts, and since the money is on the government information and financial management system, we can see it and we said take this money,” he added.

He said ICPC investigation shows that agencies were able to use fund meant for salaries on travels, Duty Tour Allowance (DTA) and other things that they should not have done.

He also said the ICPC is evaluating the vulnerability of Ministries, Departments and Agencies of government in what it calls the ethics compliance score card, in order to reduce the opacity of government business and reduce corruption.

He said during the system study review it found in one ministry, that about N3 billion moved within a month.

He said the ICPC arrested fifty-nine directors from that ministry to explain how their accounts were used to take government money and in some instances such accounts were block and monies were recovered.