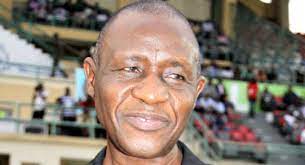 In the statement issued by his Chief Press Secretary, Abba Anwar, Ganduje said the replacement is part of the routine exercise in sports administration.

“As Kano Pillars are facing more competition in the National Premier League (NPL) it will be good to have leadership that could perfectly lead the Club.”

The sack of the former Kano Pillars chairman is not unconnected with his recent attack on an assistant referee during the rescheduled week 31 match between Pillars and Dakkada FC in Kano.

Meanwhile, Galadima who said he received the news of his appointment while at the Nnamdi Azikiwe International airport en route to Kano demanded for prayers.

“Those congratulating me should pray for me to succeed in this tough assignment. We shall do our best to address the issues on ground.

“But more importantly, I want to apologise to everyone who was hurt by the unfortunate incident during the match between Kano Pillars and Dakkada,” he said.

Galadima’s immediate task is to rescue Pillars from relegation in the ongoing NPFL season.