I want to become a civil engineer, 13-year-old who built miniature Borno flyover

Thirteen-year-old talented Musa Sani, who was recently offered N5 million scholarship by the Borno State government after he built a miniature prototype 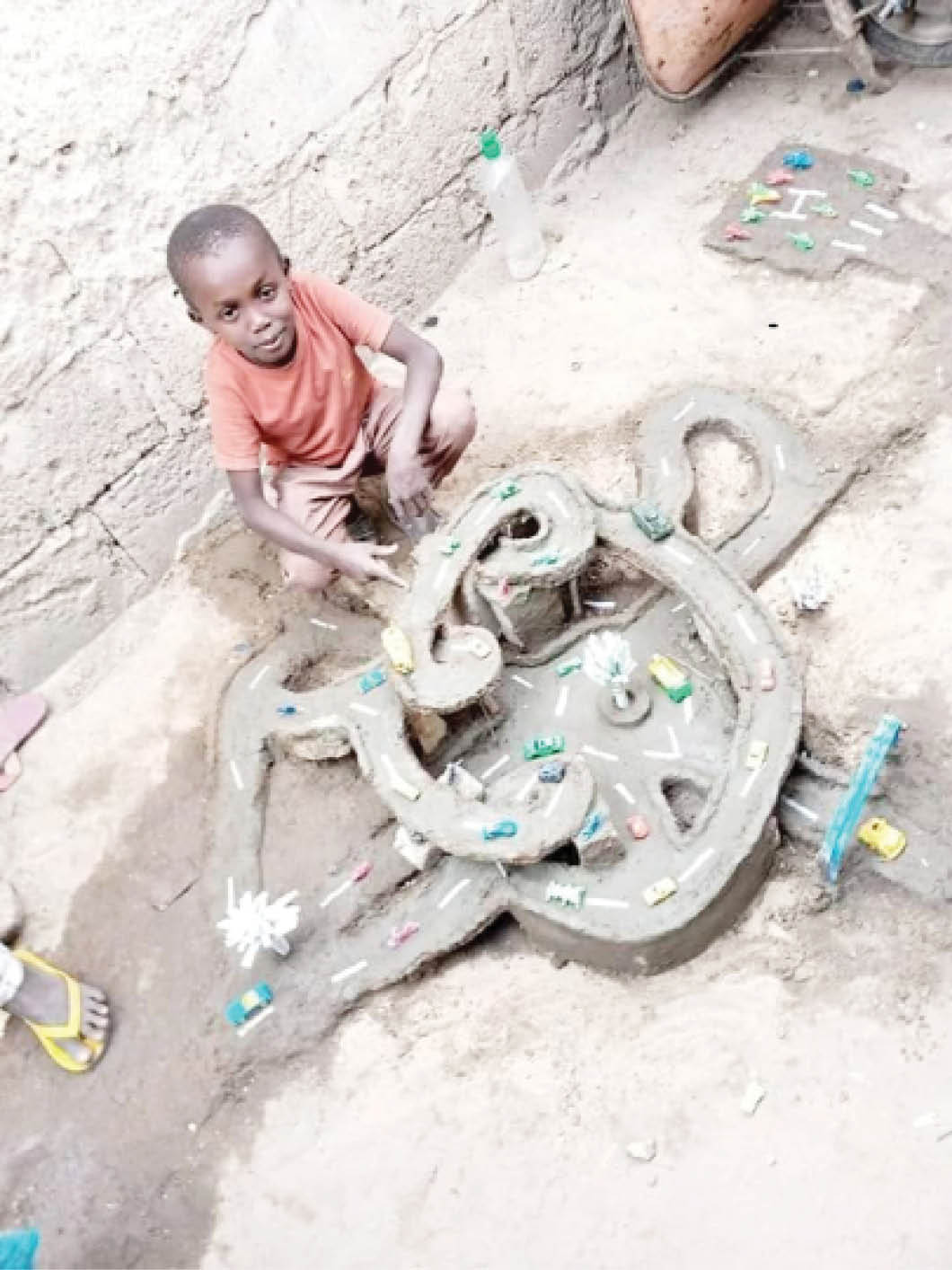 Thirteen-year-old talented Musa Sani, who was recently offered N5 million scholarship by the Borno State government after he built a miniature prototype of the state’s first flyover at the popular Customs Roundabout in Maiduguri using mud, says his dream is to become a civil engineer one day.

Musa Sani was a pupil of Abba Kyari Quran Memorization and Integrated School located at the Sabon Layi area of Gwange in Maiduguri, Borno State, where he studied Quran memorization, Islamic studies and conventional primary education. He came to the limelight recently after using mud to sculpt a mini design of the flyover at the popular Customs Roundabout commissioned last December by President Muhammadu Buhari in Maiduguri.

For his ingenuity in using mud to replicate the flyover, the 13-year-old has received N5 million from Governor Babagana Zulum for his education at the Golden Olive Academy in Maiduguri.

Musa’s father, Sani Idris, was a commercial taxi driver for many years in Maiduguri before becoming a commercial tricycle driver due to the austere economic situation. He has to source for a means of survival for a family of eight children.

The tricycle is also now being used to transport Musa from their area to his new school.

Musa told Daily Trust Saturday that he has deep interest and passion for drawing, as well as sculpting objects and structures with mud. “As I grew up, I noticed that I have immense love for writing, sketching and drawing. I also use mud to mould things I fancy.”

Musa explained, “Nobody taught me how to draw or use mud to sculpt, either in school or anywhere else. I believe Allah bestowed on me the talent to observe things and objects in the environment and then replicate them through painting or building them. I am grateful to Allah for this gift and also the scholarship given to me by the state government to have a good education.”

Musa said, “What inspired me to build structures was the love for construction of important infrastructure around the environment where I live. From my imagination, I used mud to sculpt a flyover which did not exist anywhere because I like flyovers more than other buildings and edifices.”

Speaking to Daily Trust Saturday on how he designed the Customs Roundabout flyover, Musa said, “One day I visited the area which is not far from our house in Gwange, I just observed how it was structured and constructed with the roads linking it to our own town and I developed the interest to use mud to design a similar flyover. Alhamdulillah, I was able to successfully design it exactly, including the paintings.”

Commenting on his vision, Musa said, “My dream is to become a civil engineer in future so that I can design real structures for the advancement of the society. I will concentrate on my studies to actualise my dream of becoming an engineer. I will not joke with this opportunity. My major focus now is my studies, especially with the support of my parents.”

Responding on the gesture by Governor Zulum, Musa said, “I thank the governor sincerely for his support and assure him that I will not disappoint him because I will pay more attention to my studies, to achieve my goal of becoming an engineer.”

Corroborating Musa’s claim of being blessed by Allah with the gift of drawing and sculpting, Musa’s father Malam Sani Idris said he started drawings and building objects and structures even before he was enrolled into primary school.

“I remember vividly that he started his creative work when he was less than five years old because whenever he finds a paper and pen, he would write or sketch a drawing of something he saw in the house or in the neighbourhood and later, he developed to sculpting things with mud.

“After I observed his God-given talents of building objects and drawings without attending any training or school, I prayed to Allah to give me the financial means to support his talents by enrolling him in a good school or vocational centre to enhance his skills, with a view to actualising his dream,” Idris said.

“After Governor Zulum saw the miniature flyover Musa used mud to sculpt, he personally, alongside some senior government officials, traced our house and offered a scholarship to him, to harness his talents.

“Nobody taught him how to draw or produce creative works, it is his God given talent.  I am from a poor and humble background but Allah has blessed me with seven children, including Musa.

“We have no words to express our deep appreciation to Governor Zulum because only Almighty Allah can reward him and we will do our best to ensure that Musa gets all the necessary support to acquire the needed education to excel. I and his mother have already made the necessary arrangements to support Musa,” Idris added.

One of his teachers at his former school who doesn’t want to be named told Daily Trust Saturday that Musa is a brilliant student, adding, “Musa is calm, simple and easily comprehends whatever is being taught.”