The Minister of Niger Delta Affairs, Sen. Godswill Akpabio has said that he never alleged that 60 per cent of contracts in the Niger Delta… 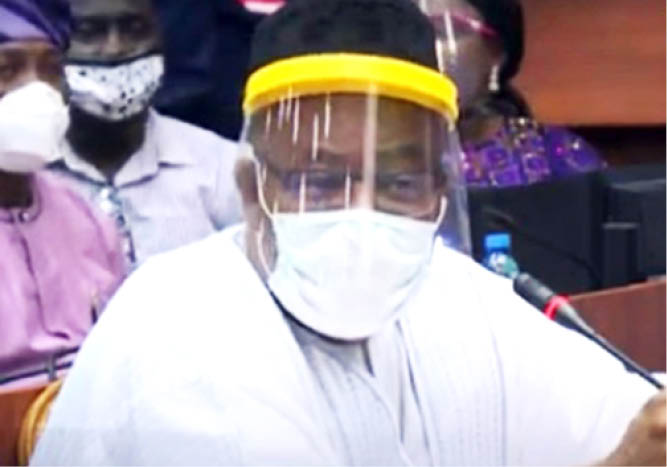 The Minister of Niger Delta Affairs, Sen. Godswill Akpabio has said that he never alleged that 60 per cent of contracts in the Niger Delta Development Commission (NDDC) were awarded to lawmakers.

Akpabio made the clarification in a letter addressed to the House of Representatives and read by the Speaker, Rep. Femi Gbajabimila at the plenary on Thursday.

Gbajabimila on Tuesday issued a 48-hour ultimatum for Akpabio to publish the names of legislators and details of contracts awarded to them by the NDDC.

Akpabio had during an investigative hearing on the alleged financial malfeasance amounting to N40 billion in the NDDC, alleged that 60 per cent of contracts in the commission were awarded to lawmakers.

In the letter, Akpabio explained that the investigative committee did not allow him explain what he meant when he made reference to 60 per cent contracts in the NDDC.

“As to the reference to 60 per cent of contracts, the investigative committee refused and neglected to give me opportunity to explain that; I  was responding to a question by a member of the committee

“Permit me to explain that any reference to 60 per cent during the investigative hearing was in answer to a question by a member of the committee as to whether or not, a medical doctor could act as Executive Director project which I answered in affirmative.

“That the greatest project in the world today is COVID-19, which is medical in nature; further more, I am made to understand that 60 per cent of NDDC yearly budget are medical in nature, therefore is better for a medical doctor  to serve as the Executive Director Projects,” it reads.

“I never referred to members of the 9th House of Representatives as beneficiaries of NDDC contracts as the NDDC is yet to fully implement any NDDC budget since the beginning of the 9th National Assembly.

“The Director Projects forwarded to me 19 old contracts amounting to nine billion naira which the NDDC Chairman in the house insist the IMC pay for,” he said.

Akpabio said that as a former Minority Leader of the 8th Senate of the Federal Republic of Nigeria, he shall forever hold the ideals of the National Assembly.

He said that he will not make the entire document on the old contracts public as he got it from the lead forensic auditor in confidence.

The Speaker had earlier directed Clerk of the house to engage services of the legal counsel to sue Akpabio for perjury following his failure to respond to ultimatum about two hours before Akpabio’s letter was read on the floor.

Gbajabimila, however, forwarded the letter to the House Committee on Ethics and Privilege for further scrutiny and legislative actions.