A former captain of the once dreaded BCC Lions football club of Gboko, Bolaji Douglas has revealed how he nearly lost his life while playing for… 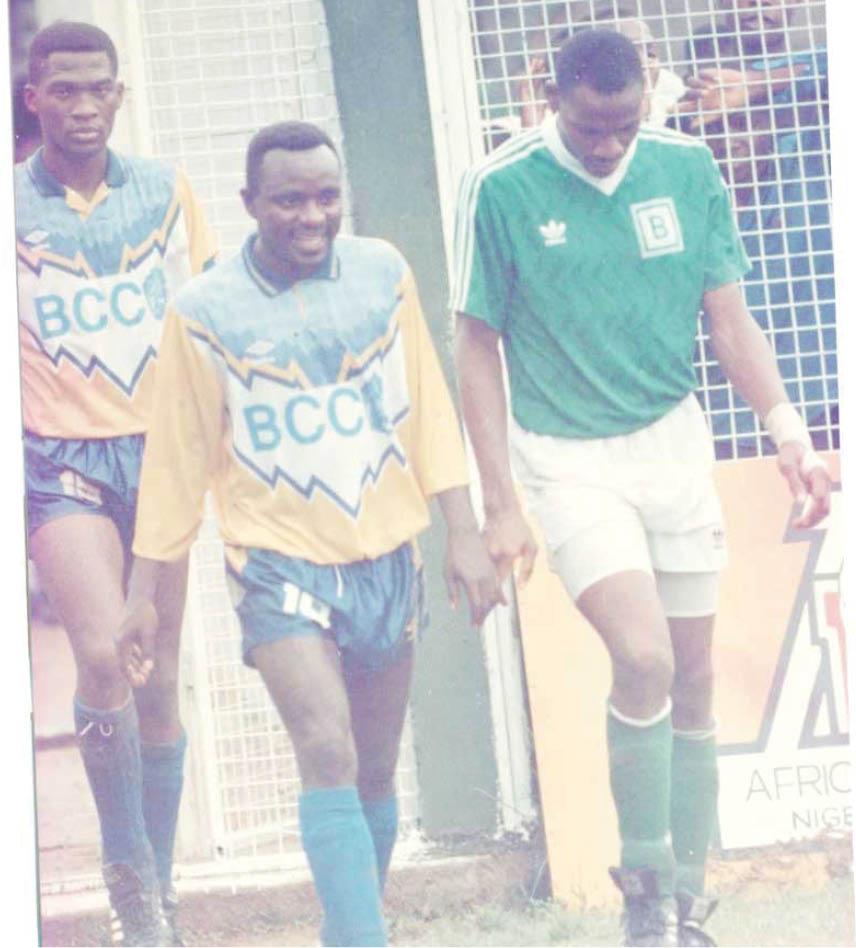 Bolaji Douglas walking into the pitch behind his captain, Moses Kpakor to trade tackles with Julius Berger FC at the famous Onikan stadium in Lagos

A former captain of the once dreaded BCC Lions football club of Gboko, Bolaji Douglas has revealed how he nearly lost his life while playing for his team in the CAF Champions League against South African giants, Orlando Pirates.

It will be recalled that BCC Lions battled Pirates in the second round of the 1995 Champions League with the South Africa side edging out Lions on 2-1 aggregate.

The first leg played at the Aper Aku Stadium in Makurdi on May 7, ended 1-1 after Bruce Ramokadi in the 73rd minute cancelled out Arthur Madueme’s opener in the 2nd minute of the match.

Brendan Silent then scored the solitary goal on May 21 in Johannesburg to take Pirates to the final round.

Douglas a former Super Eagles defender yesterday shared via Facebook some of his experiences with life-threatening injuries during his days with the then Kwasu Bombers Ilorin and BCC Lions of Gboko.

He wrote “The second occasion was during one of our continental games, this time in the colours of BCC Lions FC of Gboko. It was a game against the Orlando Pirates of South Africa.

“It was a clash of heads in the air. As I came down, I felt that momentary loss of memory. The medical team came on the field and told me I must leave the pitch.

“But I wanted to continue. I remember the chairman of the club Chief Mike Mku coming into the field to order me to leave.”

Douglas explained that he was so dazed that even when the match ended, he was unable to know who won the match.

According to him, even as he sat on the bench for about 60 minutes, he couldn’t recollect anything.

“I remember sitting on the bench watching the game. The comical part was that when the referee blew for the end of the game, I remember turning to one of my colleagues and I asked… Ó boy what was the scores?

“He looked at me and said, shebi you wanted to continue and you have been sitting here since, how come you don’t know the scores?,” he narrated.

Douglas ended by thanking God for sparing his life and those of his teammates who played at a time medical facilities at match venues in Nigeria were nearly non-existent.