‘I met him on campus’, widow of murdered commissioner speaks on 38-year journey with him

Honesty, devotion, obedience, integrity, sincerity, discipline, commitment to duty, forthrightness and zero tolerance for corruption were some of the traits used to describe Dr Rabe… 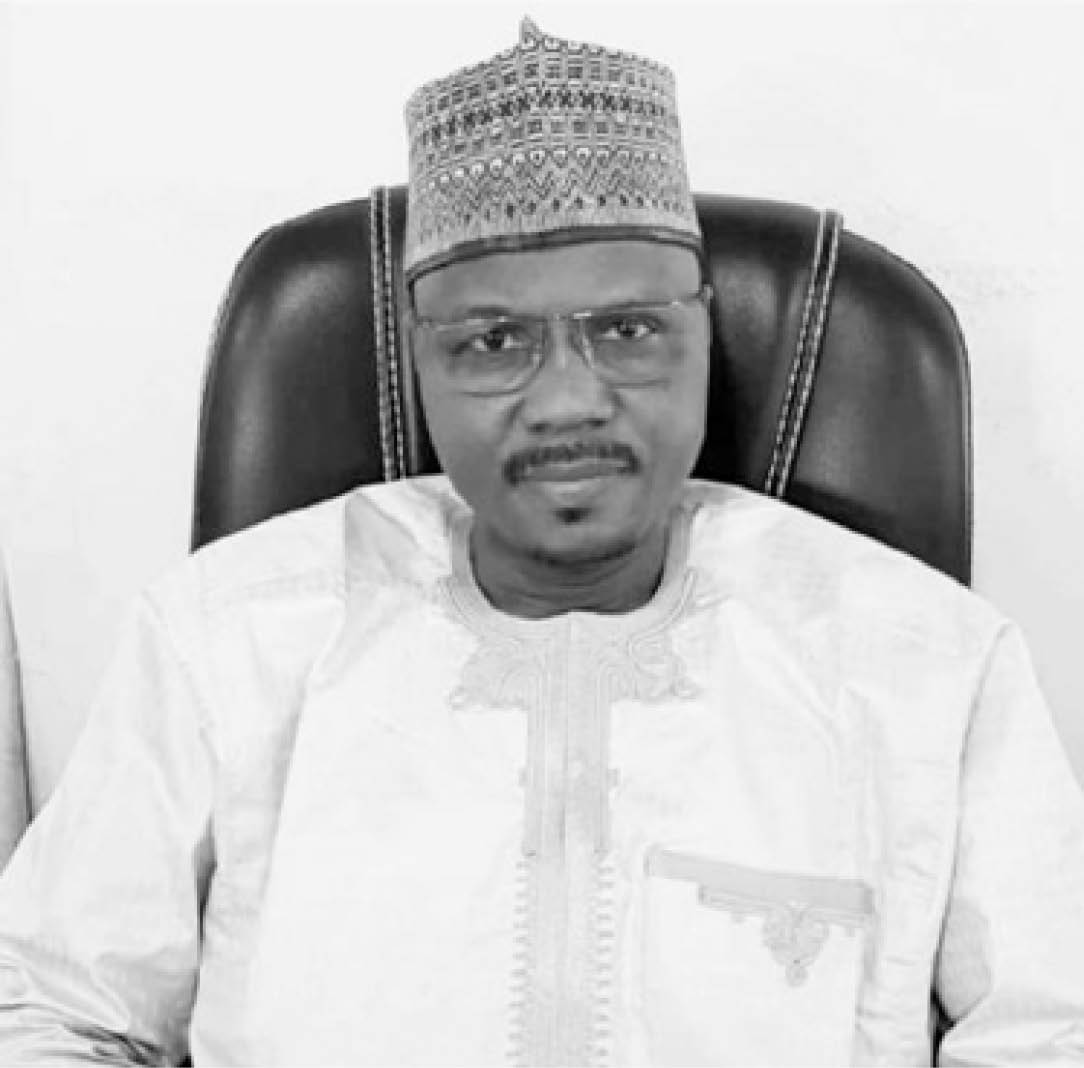 Honesty, devotion, obedience, integrity, sincerity, discipline, commitment to duty, forthrightness and zero tolerance for corruption were some of the traits used to describe Dr Rabe Nasir, the murdered commissioner, by his aged mother, wife, children, friends and colleagues.

The murder of Dr Nasir, the Commissioner for Science and Technology in Katsina State, came with a blow and shock to his family and colleagues who knew him as somebody who never joined issues with anyone.

He was a loving, caring husband – Wife

One of his wives, Hajiya Binta, said she was together with her husband for the past 38 years.

“We met at Bayero University, Kano, when we were both students. He was a year ahead of me and he studied political science, while I studied history. We met at a students’ union election when he was the returning officer, while my roommate was contesting for a post. We developed the relationship that led to our marriage the year I graduated.

“He was a man of honesty and integrity. He took very good care of his family. I had 10 children with him, out of which four are now alive.

“He was a devoted Muslim, very religious.  He took anything religion seriously, especially the five daily prayers.

“My last words with him were when I told him that I wanted to travel to Kano for my sister’s wedding to which he wished me safe journey. On the Wednesday he was killed, he only shared some pictures via WhatsApp.  We will greatly miss him,” she said.

He was compassionate, but never condoned indiscipline – Children

His daughter, Hafsat Rabe, said, “He was a father like no other, that you can’t just get his replacement. He loved and cared for his children. He would support you and give you the best advice, and he never condoned indiscipline. Even my children that are his grandchildren, he would always say we must ensure that they have proper upbringing by not pampering them.

“My last conversation with him was when he went to Abuja before he returned to Katsina last. He visited us and that was the last time I saw him.

“I would miss his vastness in that whatever you ask him whether in English or Hausa, he would promptly tell you the answer. I learned a lot from him and I would really miss him for that,” Hafsat said.

Another of his daughters, Nafisa Nasir, a lawyer, said, “He was a very selfless person, a non-violent person. For him to be killed in such a brutal way, it is very painful, and it is sending a very bad signal that this country is not safe, and anybody could be a victim.

“He was a very kind person and the way he died was ugly, terrible and brutal that one could not wish even his enemy to pass through such inhumane treatment.

“We will make sure that his legacies live on by growing up with what he instilled in us which are being good, being kind to people and being confident. He wanted us to be outspoken in defence of the oppressed, and I promised to grow up with that and I believe that would make him happy.”

“His will to me was to be honest, kind to people and ensure that, as his first born with mostly female siblings, I remain committed to the unity and cooperation among his family and that I would do so in sha Allah,” he said.

He was a committed, disciplined public servant – Colleagues

His friend and colleague, Dr Farouk Lawal Jobe, the Katsina State Commissioner for Budget and Economic Planning, said the death of Dr Nasir was indeed a great loss to not only his family or Katsina State, but the country as a whole.

“My relationship with him actually started in 2015 after the primary election which saw the victory of our leader, the governor, as a flag bearer then.

“We served in different transition committees, and I began to admire the fact that he was a man of integrity, and he was very cautious of his integrity. He was a very committed person and his contributions in this government made us to become very close.

“When this unfortunate incident happened, we began to wonder why, because he was a kind of person who didn’t associate himself with anyone he didn’t have anything to do with,” he said.

“He was an all-rounder, and was in virtually all the committees set up in this administration because of is commitment and integrity because our governor is one that rewards commitment and loyalty,” he added.

His childhood friend and colleague, Ahmed Usman El-Marzuk, the attorney general of the state, said they were together right from their university days as roommates in BUK.

“We were ever since together. I was instrumental in his marriage to his first wife, Hajiya Binta Usman.

“He was somebody who was very straightforward, very intelligent, very blunt, categorical, honest, loyal and trustworthy,” he said.

In his tribute, Governor Aminu Bello Masari of Katsina State who described the murder as callous, said it was unfortunate that a life so promising was cut short by the dagger of assassins, vowing that the government would do everything possible to capture and punish accordingly those responsible for the act.

In a statement issued by his spokesman, Abdu Labaran Malumfashi, Gov Masari said it was so tragic that such a young life would be cut abruptly.

He described the deceased as diligent, dedicated, hardworking and loyal who never failed in any assignment given to him, hence that his death was a great loss to the state.

His mother, Hajiya Amina, said her son owed her nothing as he had done whatever son would do for his parents. According to her:

Late Nasir was not her first son to be murdered, as his brother, Basiru, was killed by “his paternal brothers” when he was in his early 20s, but that the pain of the two losses could not be compared.

“It was a great agony for me when his brother, Basiru, was killed by his own half-brother. It was Rabe who forced me to swallow that bitter lump that stuck in my throat because of the way I realised how disturbed he used to be whenever he saw me in pain.

“He would always say whatever happened was decreed by Allah and there was nothing one could do but accept the fate and seek reward from Allah,” she said.

On the fateful day, Hajiya said her son who would always call to greet her by 6am did not call.

“When it was around 12pm I became disturbed and began to inquire that Baban Salim (his nickname) did not call, perhaps he was sick or he had travelled. So, I asked them to go and find out only to receive the greatest pain of my life,” she said.

“I am grateful to Allah for the kind of life he lived and for his achievements. He owed me nothing in life. My prayer is that may Allah grant him Jannah and bless what he left behind,” she prayed.

Who was Dr Nasir?

Alhaji Dahiru Bagiwa, the Controller of Immigration, Kaduna Command, is the younger brother of the late Dr Nasir. According to him, Hon Dr Rabe Nasir was born on October 1, 1960, in Mani, Katsina State. He attended Central Primary School in Mani between 1968 and 1975.

He then transferred to Giwa Government School in Kaduna State from 1975 to 1980 where he completed his secondary school.

In 1981 Dr Nasir was admitted to Bayero University, Kano, where he studied political science and graduated in 1984. In 1996, Dr Nasir received a masters in international relations from the University of Abuja. In 2005, he returned to the same university for a PhD and graduated in 2010.

He joined the Department of State Servises (DSS) where he rose to the rank of assistant director, and then joined EFCC where he served first as Special Assistant to the then Chairman of the commission, Mallam Nuhu Ribadu, and was later posted to Lagos as Head of Bank Fraud of the commission.

Dr Nasir was a Member of the House of Representatives representing Bindawa/Mani Federal Constituency between 2007 and 2011.

Dr Nasir was a good man, an experienced politician and a brilliant man in various fields. He was a simple man, he was not troublesome, and that is why we are even surprised that what could have happened for someone to carry out this heinous act on him? The only thing one cannot argue is that Rabe was a man who believed in due process on whatever relates to public fund. So if by his passion to do the just thing and in the process he stepped on someone’s toes, then that could be the reason.

Dr Nasir died on Wednesday night at the age of 61 following a knife attack in his residence in Fatima Shema Estate in Katsina.

He is survived by his aged mother, two wives, seven children and two great children.

May Jannatul Firdaus be his final abode, Ameen.