I am happy in my chosen career — Hadiza Gabon

Hadiza Aliyu popularly known as Hadiza Gabon is a Nigerian professional actress and film maker who acts in both Nollywood and Kannywood. 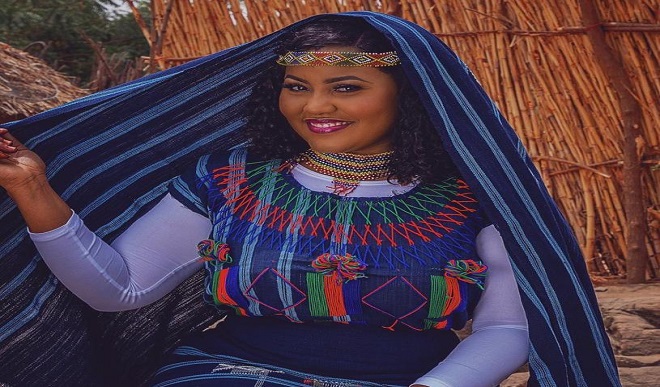 Hadiza Aliyu popularly known as Hadiza Gabon is an actress and filmmaker who features in both Nollywood and Kannywood.

The Libreville, Gabon-born actress is known for her kindness and her extended simplicity.

Actress Hadiza Gabon who made her debut in 2009 in the blockbuster movie ‘Artabu’ as one of the leading female stars revealed that she is happy in her chosen career and that she has no regret being an actress.

She explained that it has been very wonderful and that she is grateful to God for seeing her through all her successes as a film actress and an ambassador to many brands across the country.

She added that, being in the film making industry has accorded her the opportunity to discover her potentialities as a person and that according to her has positively sharpened her entire life.

“I can say the realization of the importance of showing care, love and affection between people and the benefit of doing that has been one of the greatest discoveries I have ever made in my life and it was due to film making.

“One of the greatest things that brings me happiness and takes away my worries and pain is to put a smile on the faces of the vulnerable. I discovered that we make a living by what we get, but we make a life by what we give.

“It is very significant to note that, a little effort that someone makes which at the end may result in making great difference to the lives of people, will be remembered as an act of righteous and good deed.

“We should always try to the best of our ability to uplift the lives of poor and needy among ourselves. The industry opened my eyes to this and that is why I have no regret being an actress,” she said.

The actress is said to have founded a foundation through which she extended her love, care and affection to the less privileged in the society.

The actress has this to say on her foundation, “In 2016, I founded a charitable organization called Hadiza Aliyu Gabon (HAG) Foundation. The foundation was founded with the aim of improving the lives of ordinary people by providing help in their educational and healthcare sectors as well as food security in the little way that I can.”