In the last three months or so, the Independent National Electoral Commission (INEC) has been in the news over several issues for both the right… 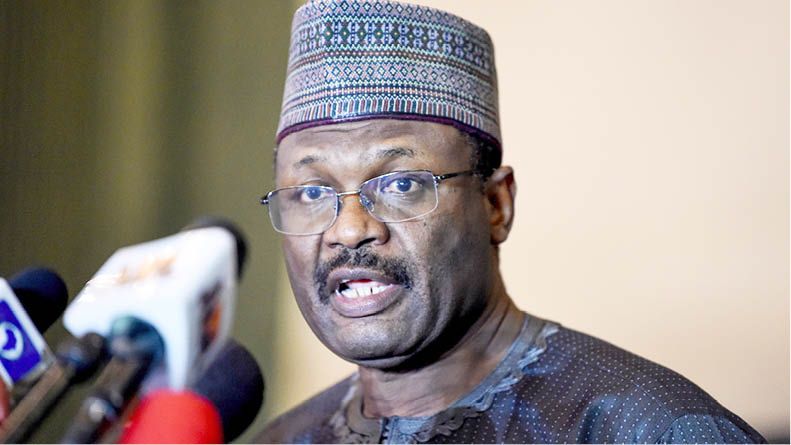 In the last three months or so, the Independent National Electoral Commission (INEC) has been in the news over several issues for both the right and wrong reasons. These issues include the National Assembly’s review of the extant Electoral Act, the expansion of voter access to the commission’s Polling Units (PUs), Senate clearance of the presidential nominees to replace the six who left in November last year, among others.

This piece is about what I believe are the two most important of these issues, namely NA’s review of the Electoral Act and the expansion of voter access to the commission’s PUs.

First,  the National Assembly’s review of the Electoral Act.  The leadership of the 9th Assembly, at its inception, promised to amend the 2010 Electoral Law to close several apparent loopholes in it within their first year in office. Somehow, the NA leadership failed to do so until in its final year.

However, when it eventually considered and approved the bill and sent it to President Muhammadu Buhari he declined to sign it into law, citing a number of objections. Three times thereafter the assembly returned the bill to the president and three times he vetoed it.

In the end, INEC conducted the election under the 2010 law, much to the disappointment of the general public.

Not surprisingly, the current NA responded to the public disappointment with the conduct of the 2019 election under a law widely perceived as flawed, by promising a brand new one well ahead of the next general elections in 2023.

Unfortunately, what at first looked like good news has since turned into not-so-good – some would say bad, very bad – news following the lawmaker’s decision on July 16 to make the commission’s electronic transmission of election results subject to clearance by both the NA and the National Communication Commission (NCC), the country’s regulator of telecommunications.

These two provisos clearly contradict Section 78 of the constitution which makes the registration of voters and the conduct of elections the sole prerogative of INEC.

Clause 52 (3) of the bill in a way also contradicts Section 160 (1) of the constitution which exempts INEC, of all the 14 executive bodies established by the constitution under Section 153 (1) and whose chairmen and members the president has the prerogative of nominating, from being under his control or getting his approval in regulating its own affairs.

What this means obviously is that it is unconstitutional to subject INEC to the opinion of NCC, or of any executive body for that matter, in carrying out its functions. Even more importantly, under the fundamental principle of separation of powers in our constitution, it is wrong for the National Assembly to constitute itself into an executive body, which is what assigning to itself the role of certifying the availability of network coverage in the country amounts to.

The fact is that, in general, the use of Information Technology (IT) in elections has, as we have seen in Nigeria and elsewhere, enhanced their transparency, integrity and credibility. More specifically, in this country, we have seen how, first, the introduction of the Direct Data Capturing Machine (DDCM) in 2011 to create the country’s first digital and permanent Register of Voters, and, second, how the introduction of the Smart Card Reader (SCR) along with the Permanent Voters Card (PVC) for the accreditation of voters and authentication of their PVCs from 2015, has made our elections much, much more transparent and credible than they were before.

Since 2015 INEC has enhanced the performance of the SCRs, acquired more efficient hard wares and introduced several portals in its processes and procedures that have made things a lot more transparent and easier for itself and for all stakeholders in elections.

Above all, beginning from August 8, last year, during the Nasarawa Central State Constituency by-election, the commission introduced a portal called IReV (INEC result viewing portal) from which anyone sitting in the comfort of his home or office anywhere in the world can view the certified result of an election at any Polling Unit (PU), real life.

Perhaps the most remarkable achievement of this innovation in conjunction, of course, with other innovations, is that not a single one of the elections the commission has conducted since August last year has been rejected by the losers on account of its conduct.

IReV apart, the success of the ongoing Continuous Voter Registration (CVR) exercise ought to convince any Doubting Thomas that there is sufficient network coverage in the country for the electronic transmission of results to be feasible.

Needless to say, the July 16 legislative decision could only serve to undermine what many would agree is probably the best news to have come out of INEC, at least in the last 25 years. This was the formal announcement on June 16 by its chairman, Professor Mahmood Yakubu, of the expansion of the commission’s Polling Units from 119,974 in 1996 to 176,846 this year, an increase of 56,872.

Twenty-five years ago these roughly 120,000 Polling Units served what was then a voting population of nearly 58 million. At the end of those 25 years, the voting population had grown to over 84 million. Yet the number of the PUs remained the same, with all the negative implications this had for the safety and convenience of voters.

Several times INEC tried to remedy the situation but each time it failed. It made the most controversial attempt under the chairmanship of Professor Attahiru Jega in the run-up to the 2015 general elections. That attempt was widely attacked as partisan in favour of the section of the country Jega came from, attacks which eventually forced his commission to cancel it.

Learning from the commission’s failure in expanding voter access to its PUs all these 25 years, Professor Yakubu and his team concluded that the secret to success was to consult all major stakeholders in the electoral process early and widely. And so in January this year, he signed out and widely circulated a 53-page document titled “The State of Voter Access to Polling Units in Nigeria” in which the commission took the reader through the history of PUs in the country with all its challenges for voter access, laid out three options for overcoming those challenges, and made a very strong case for expanding access to the PUs through the option of converting their 56,872 adjuncts into full-fledged PUs.

Because the commission was able to present a solid and united front to the public on the issue, it was not difficult for it to convince the same public that converting the PU adjuncts into autonomous units was the best way to a more permanent solution to congestion at the PUs for which it received wide public support.

It should be apparent from all this that the decision of the National Assembly in mid-July to reject, for all practical purposes, INEC’s position on the feasibility of electronic transmission of election results, can only undermine this achievement, perhaps the commission’s greatest at least in the last 25 years.

Now that the federal legislators have resumed from their July recess and set up a Joint Committee of their two chambers to harmonise their differences in the bill, let us hope they will reverse themselves and approve the electronic transmission of election results.

Hopefully, between the National Assembly and the Presidency the two, knowing fully well that none of the three arms of government has absolute freedom to do as it likes in carrying out its constitutional roles, will give Nigerians not just a brand new Electoral Law before the end of this year. Hopefully, it will be a forward-looking law that will not attract litigations about its constitutionality but would, instead, allow INEC to build on the tremendous progress it has made in recent years in using information technology to make the country’s electoral system one of the most credible in the world.

By Dan’asabe Gana who sent this piece from Abuja