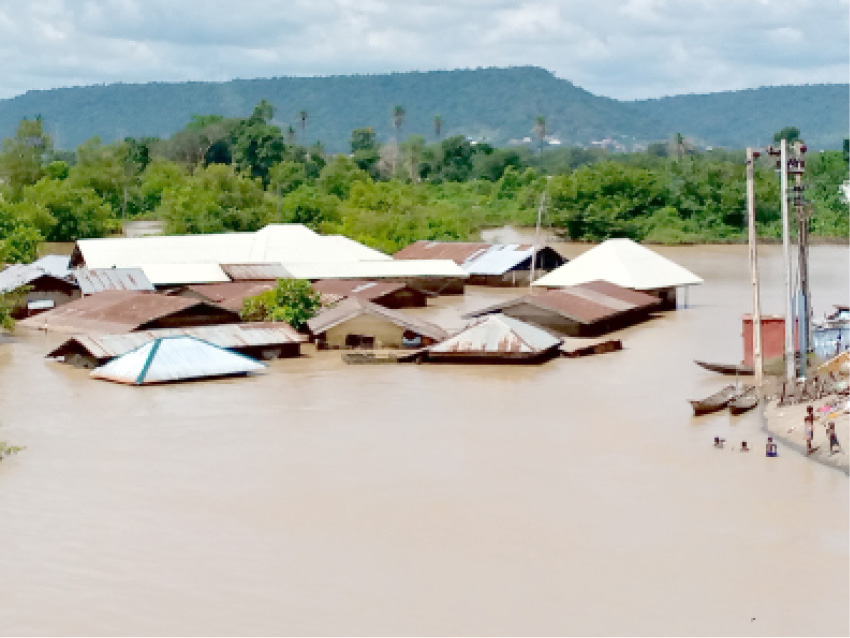 The family of a woman simply identified as Ruqayya are thankful to God for saving them what could have been a disaster as a result of the flood which took over the only Primary Healthcare facility in Karnaya, a community which is a couple of kilometres away from Dutse, the Jigawa State capital.

Daily Trust had reported how flood sacked hundreds of Karnaya residents and destroyed more than half of the houses in the community.

By the time Ruqayya went into labour, the hospital had been submerged by flood and there was no vehicle to convey her to a clinic in Dutse.

The over 24-hour rainfall, which led to a heavy flood, had forced villagers to seek refuge at the school in the village, as well as uncompleted buildings by the roadside.

According to Ruqayya, the birth of her new baby nearly ended her life.

Zuwaira Adamu, a community birth attendant who helped Ruqayya to successfully put to bed, described the experience as the most tragic she had seen in her life.

“I have never seen a situation like this. We were just sitting when the girl started complaining of a stomach ache. Even the vehicle to convey us to Dutse at midnight wasn’t available. We stayed all night until labour fully started and she gave birth. There was nothing to use in assisting her to deliver the baby, not even a razor blade. It became a problem.

“We just managed in our own way to put her to bed. You can see her condition now. We are in a difficult situation. The community primary health care facility is submerged in water and there’s no access to the place,” Adamu told our correspondent.

Editor’s note: This picture was used for illustration