How we repay our loans – Kano farmers 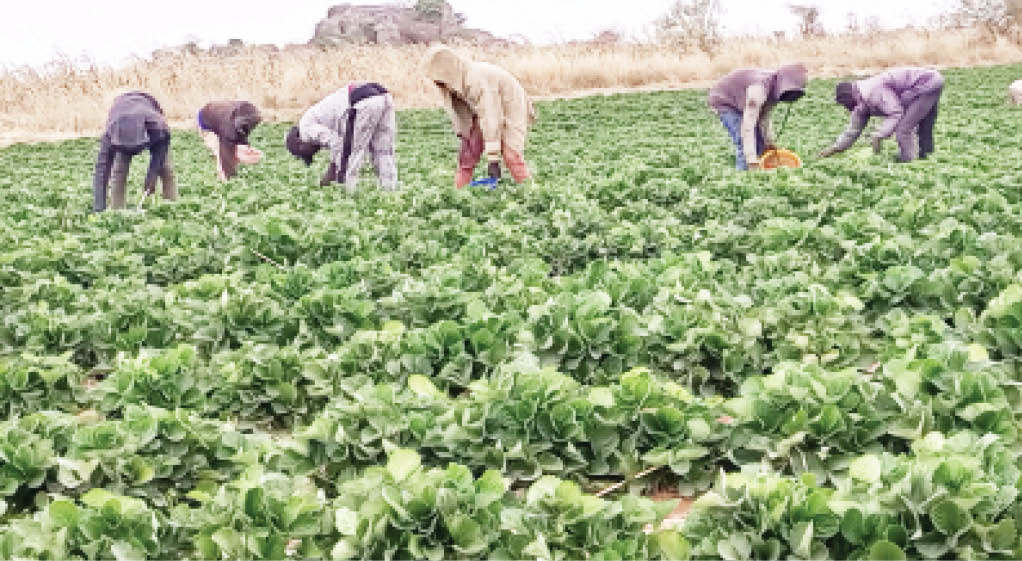 When different financial institutions and other agricultural associations were finding it difficult to recover loans given to farmers as well as the decline in interest to participate in agricultural loans scheme, some farmers in Kano State, who participated in the Central Bank of Nigerian (CBN) Agricultural Credit Guarantee Scheme Fund (ACGSF) have been repaying their loans as and when due and were awarded by CBN.

Relating to Daily Trust the secret behind their successful repayment, Malam Muhammad Abdullahi, who won the CBN ACGSF best farmer of the year award for the year 2021, said the loan they took was from a community bank that serves as a monitoring agent to their farming activities.

He said he has accessed loans severally under the scheme and was able to repay as and when due.

He explained that the major reason behind the success of the credit scheme is that 40% of the interest was paid as rebate by CBN when a beneficiary has paid his or her loan as and when due.

He added that the 40% rebate is cushioning the impact of the interest rate on the loan and as such, farmers don’t usually feel the interest impact after repaying their loans.

According to him, the community banks also played a significant role in farmers’ successful access to the loans as they were very careful in their selection of beneficiaries.

“The most important aspect in the credit scheme is the CBN guaranteeing the loans for us farmers even though many commercial banks were running away from it. The lending bank feels secured as well as the collecting farmer, and that has made us do all that it takes to see that we pay what we collected in good time, and that has been helping us grow as farmers,” he said.

Another beneficiary, who won the best runner-up award under the scheme, Malama Halima Shu’aibu, a female farmer, who is into poultry farming, stated that she accessed the loan and was able to repay it in good time because the calculative procedures involved in the scheme afforded her the chance to repay the loan without much trouble.

“As a small farmer, I thought no one would care to help me in expanding my small poultry through a loan. However, I was overwhelmed when I was told I was successful in accessing a loan under the scheme.

“I started with a small amount and was able to repay it and proceeded with a higher amount. The success behind it was thorough supervision and effective record-keeping,” she said.

The Kano CBN branch controller, Mr Jino Babangida, said the guarantee scheme was established by Decree No. 20 of 1977, and started operations in April 1978, with its original share capital and paid-up capital of N100 million.

He added that to encourage both the farmers and participating banks under the scheme, the federal government holds 60% and the Central Bank of Nigeria 40%, adding that the fund guarantees credit facilities extended to farmers by banks up to 75% of the amount in default net of any security realized.

He further revealed that it was unfortunate that after the deregulation of the financial system, banks started to shy away by reducing their loans to the agricultural sector due to the perceived risk in its practice.

Babangida said it was based on this that CBN attached to the ACGSF, an intervention initiative called the Interest Drawback Programme (IDP) which was meant to cushion the effect of interest paid by the beneficiaries.

He said 40% of the interest was paid as rebate as long as the beneficiary repaid his or her loans as and when due.