Tourism is possibly the most profound unifier of all economic activity and because its vast components are local and home-grown, they are more likely to… 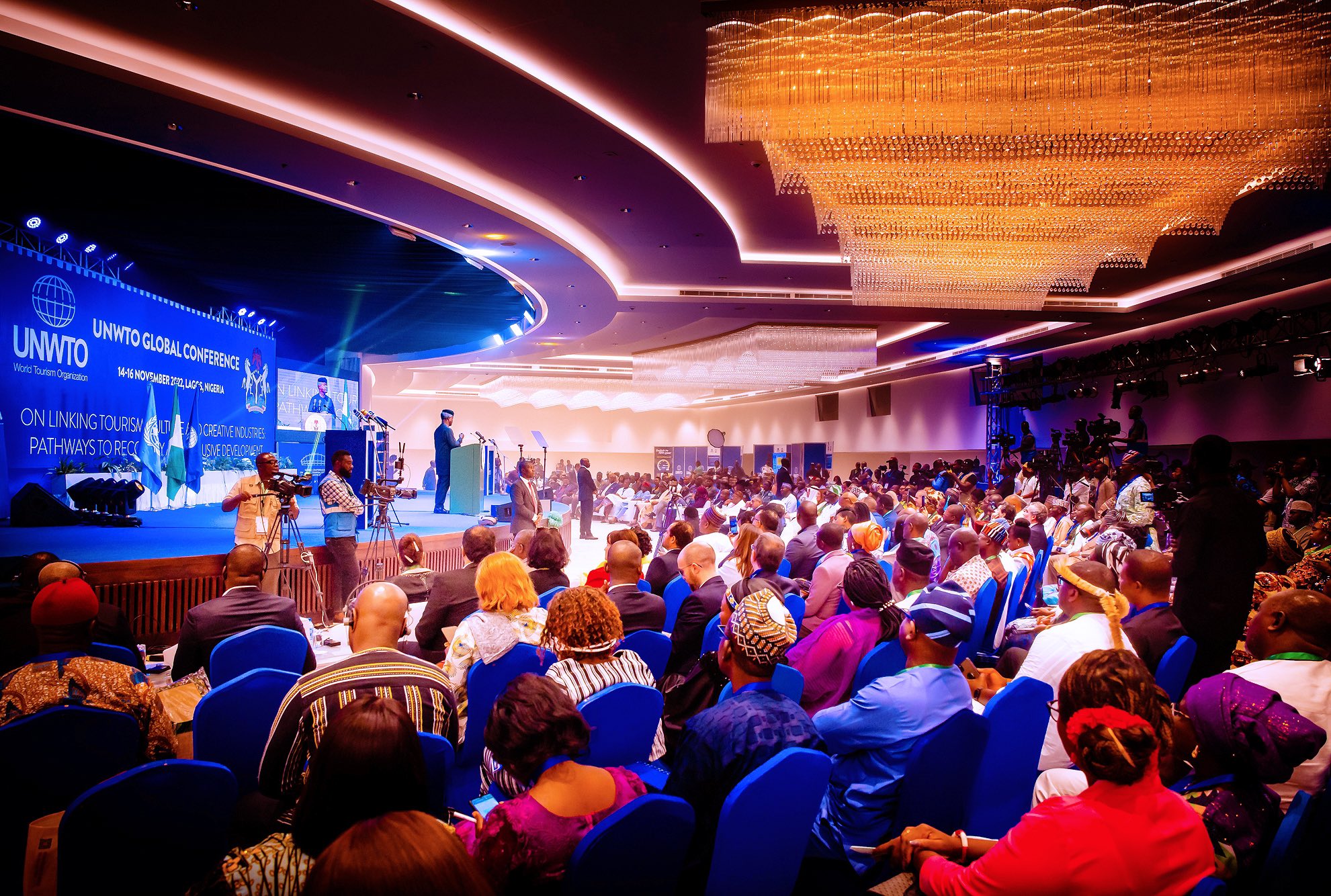 Tourism is possibly the most profound unifier of all economic activity and because its vast components are local and home-grown, they are more likely to be sustainable, according to Vice President Yemi Osinbajo.

Prof. Osinbajo stated this where he represented the President at the opening of the first United Nations World Tourism Organisation Global Conference themed, “Linking Tourism, Culture and Creative Industries: Pathways to Recovery and Inclusive Development.”

Speaking on the prospects in the tourism industry in Nigeria and beyond, the Vice President said, “tourism opportunities and jobs are inclusive, cutting across all income segments, from the millionaire entertainers to janitors in hotels.”

Referencing breakthroughs by Nigerian entertainers making waves across the world, the VP noted that “tourism provides us, humans, a means of achieving the deepest desires of our hearts, enjoying the companies of people all around the world, reaching across race, colour and language to connect with our common humanity.”

The VP said for instance, “music is a global language, even people who don’t know the meaning of the words of a song enjoy the rhythm and some find out meanings of lyrics, discovering the cultures and ideas that inspired them.”

His words: “Today, Nigerian music, rendered in Nigerian languages is played all over the world. So, people all over the world are dancing to Kizz Daniel’s Buga. The phrase “Buga Won” is a Yoruba expression, it means flaunt your hard-won success. “Collect your money”, means take the fruits of your work.

“Many all over the world are squaring up their shoulders, saying it doesn’t matter how hard it may seem, let me see you dance and show off your success no matter how small it may seem to others, Buga Won! And he (Kizz Daniel) will be performing the song at the Qatar World Cup in a few days.

“Burna Boy, a Nigerian Afrobeat star performed in front of 70,000 people in Finland, at Finland’s Flow Festival 2022. Singing songs like “Last Last, he don cast, na everybody go chop breakfast” in pidgin English to a cheering Scandinavian audience is the power of music. The song is also the first Afrobeat song to have sold over 500 thousand units in less than 17 weeks after its release in the United States of America.

“Another Nigerian artist, Asake who sings in pidgin, sang the song Organize. The lyrics: “organize, every other day I organize, some of us are wise, every other person overwise.” Now, these are street slangs in Lagos, but the world loves it and his show at the O2 Arena in the UK sold out to an international audience in less than 5 mins!”

To drive home his point, the VP led his audience in singing the songs; “Buga Won”, “Last Last” and “Organise” to underscore music’s appeal even in languages that people don’t necessarily speak.

Osinbajo then noted that the “promotion and preservation of cultural sights, forests, natural life, and aquaculture for tourism purposes works well with our zero carbon ambitions.”

He added that “it teaches a whole new generation to love and respect and protect our beaches, and natural life and at the same time create jobs and livelihoods in doing so.”

“This is the perfect balance that would enable us to live long and enjoy all of God’s endowments in nature in peace and prosperity,” the VP noted, linking the preservation of cultural sights and heritage to zero carbon aspirations.”

While commending the UNWTO for bringing together stakeholders, Prof. Osinbajo noted that the conference “is an opportunity to define the future of tourism. What more can we do to make the movement of people across borders easier? How can we counter the nativist, ultra-nationalist rhetoric of politicians who seek to demonise foreigners and promote racial segregation?”

“How about technology? Will virtual visits and tours in the wake of the metaverse kill human interaction? Or can we turn virtual reality to our advantage for tourism? So many questions and I am sure this gathering of experts and industry players and tourism enthusiasts will at least begin the process of finding answers. The good thing is that this is only the beginning of these important conversations.”

Earlier in his remarks, Minister of Information, Culture and Tourism, Alhaji Lai Mohammed, said the hosting of the first UNWTO Conference is a testament to the Buhari administration’s commitment to the diversification of the economy, restating the government’s determination to enhance Nigeria’s rich cultural heritage and tourism potential.

On his part, the Secretary General of the United Nations World Tourism Organisation, Mr Zurab Pololikashvili, acknowledged Nigeria’s role in the global tourism industry, noting that it offers immense potential for growth, innovation and product diversification.